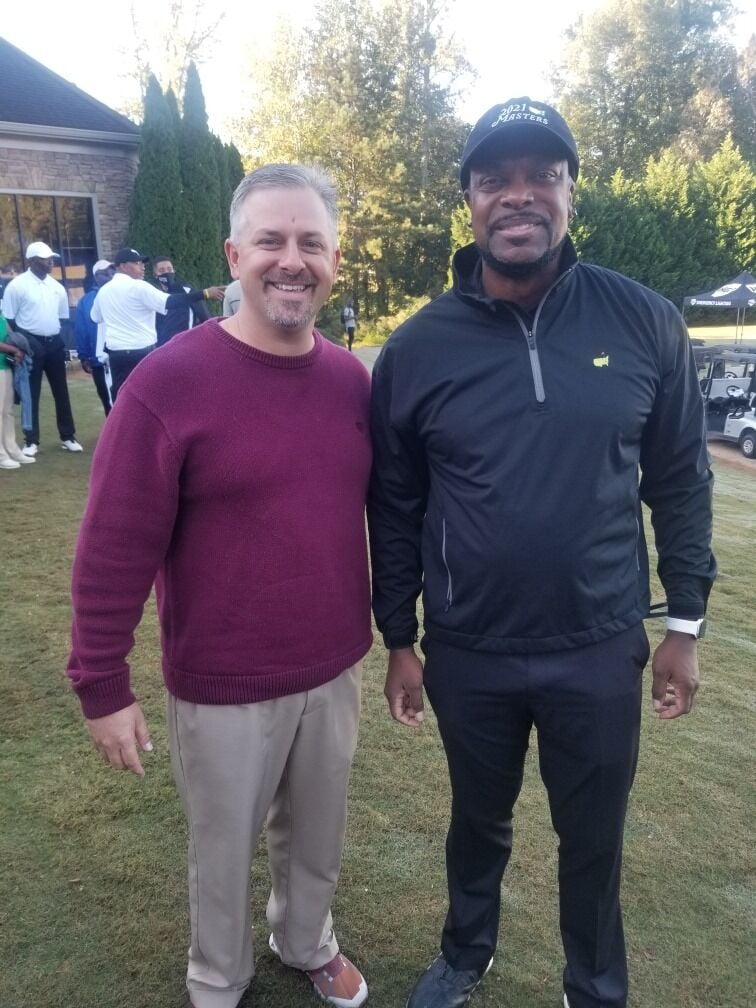 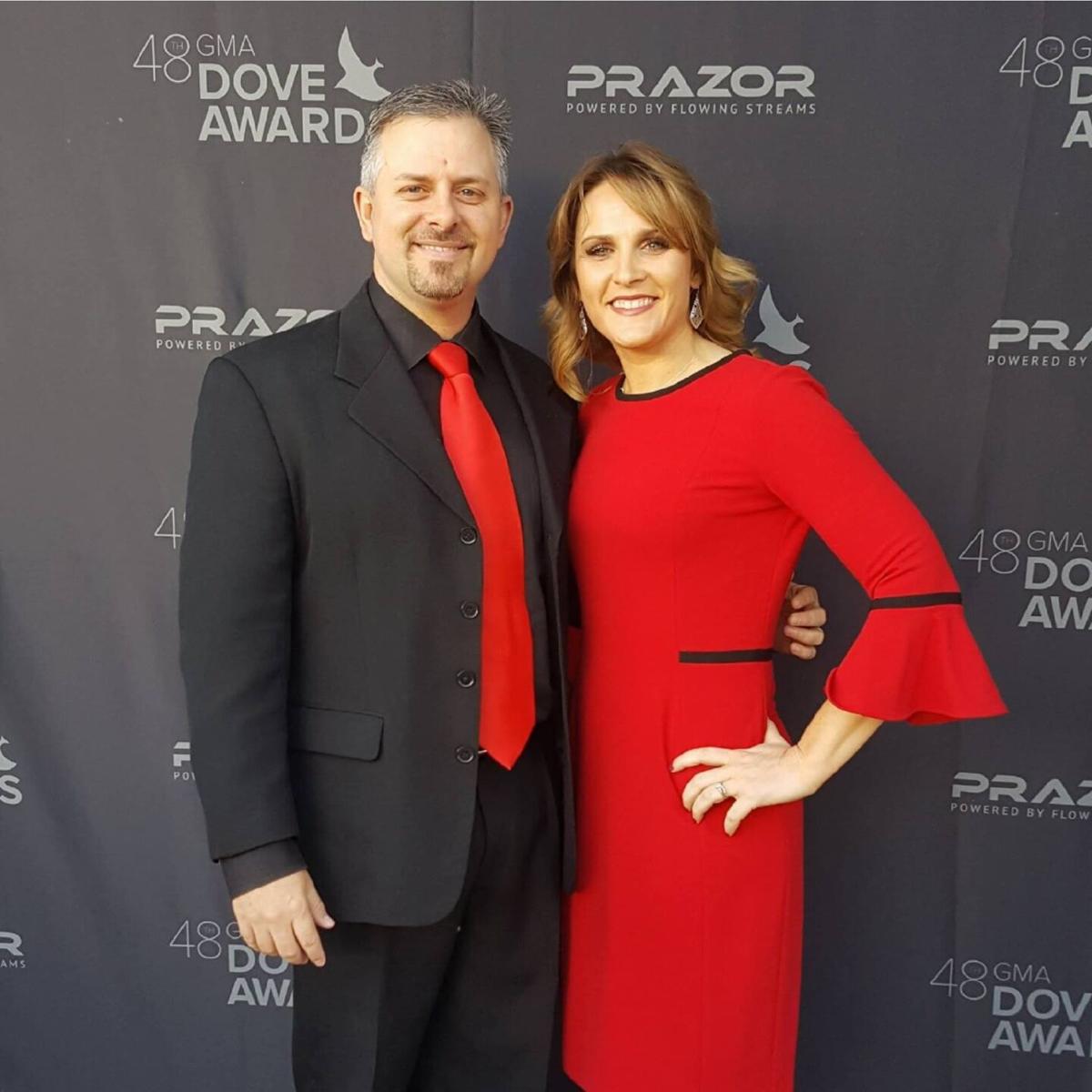 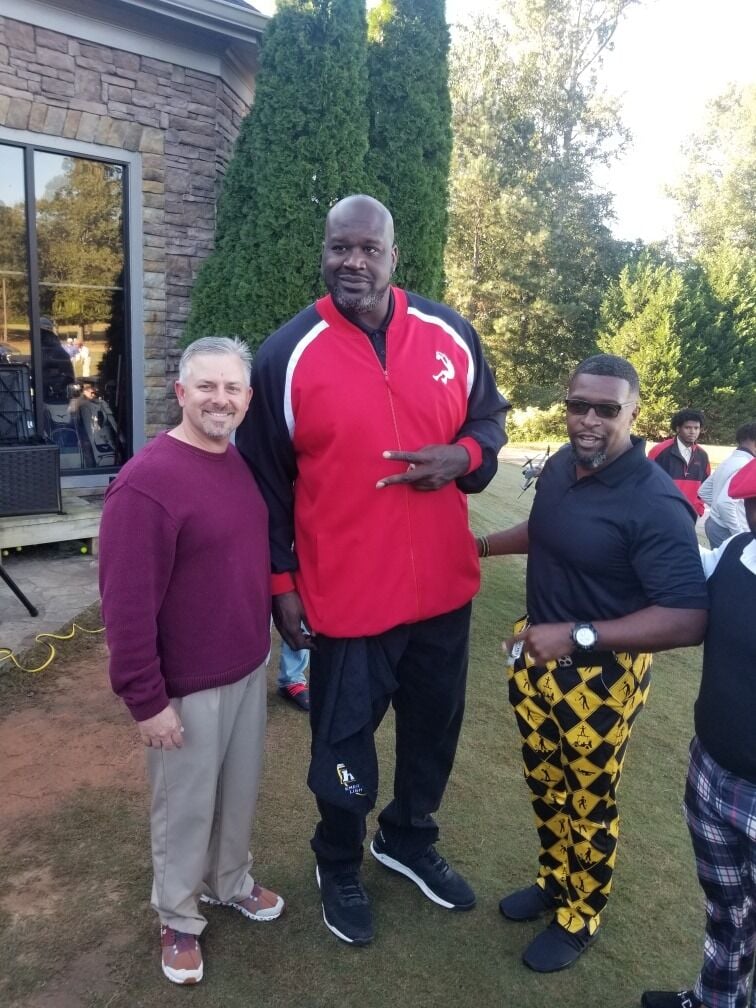 Rev. Jamie Altman’s passion is following the Lord’s will in his life — and that’s allowed him to meet former Vice President Mike Pence, Shaquille O’Neal and Chris Tucker among others.

He’s travel to Israel and Haiti on mission trips. His church raised $75,000 to help build six orphanages in Haiti. His love for the Lord also led him and his wife Brandi on a three-year journey of fostering and adopting two brothers, Landon and Logan Altman. Anyone whose met Altman

knows his humility, and. But the Bethlehem Community Church pastor credits his experiences to his church, his family and the Lord, and wants everything he does to elevate his church community.

Retired baptist preacher Bob Robinson moved to Laurel, and he was looking for a church when he found Bethlehem Community Church.

“I really like the way Brother Jamie preaches,” Robinson said. “He’s not a hellfire and brimstone preacher, but he preaches the truth.”

Robinson, who heads the senior citizen ministry at the church, said he loves Brother Jamie and appreciates him.

“He loves people. He cares about people and their salvation,” Robinson said. “He’s easy-going and he’s not cocky. He loves to laugh. I think the Lord really blessed us when he sent Jamie to the church.”

A native of Alma, Ga., Altman came to Mississippi to attend Wesley College in Florence to find out just what the Lord had in store for him. His second year of college, he was called into ministry, and his senior year, he traveled a bit and began speaking and recruiting. Altman then took a youth pastor position at Mount Vernon Church while he worked on his master’s degree at Wesley.

“For some reason, it was always important to me that I found out what God wanted me to do,” Altman said. “I always felt passionate about finding what God wanted me to do and sought after the Lord. That’s one reason I went to bible college. During that time, I felt called into the ministry and accepted it — it was one of those difficult moments that was the last thing I ever thought I would be doing.”

While in his fifth year in college, Altman met his wife at Wesley College.

“I was a senior and she was a freshman at Bible college at Wesley — it was a God thing,” he said. “I was a fifth-year senior. I played basketball and I was a bit behind in my classes. If I had graduated on time, I would have never met her.”

The two were married during his second year as a youth pastor in Laurel, and they moved to Laurel in 2003 from Jackson. The Altmans went to Texas for a few years to work on a church revitalization project.

The Lord called on Altman again to return to Laurel, and the family moved in 2011 so he could become pastor at Bethlehem Community Church. The couple now has five children — three girls and two boys. During his time as pastor, his congregation has grown.

“The most rewarding part is seeing people’s lives being transformed by the grace of God,” Altman said. “We’ve seen a lot of that — when we came back to Bethlehem from Texas. The church was running about 75 people; now we have 600. We’ve seen God move in a tremendous way and have had more than 500 people come to know Christ and be baptized.”

Robinson said the church has been growing. About 200 joined last year.

“We are about to move into a bigger building,” Robinson said.

This year, Altman was asked to be a part of “My Daily Devotional” and wrote a week’s worth of devotionals for the book. He was invited by a pastor friend to a celebrity golf tournament, where he met actor/comedian Chris Tucker and ex-NBA star/commentator Shaquille O’Neal.

“God’s blessed me with a lot of opportunities,” Altman said. “I’ve met the vice president Mike Pence in 2020, been invited to Israel and met Shaquille O’Neal — a friend of mine was praying at a celebrity golf tournament and asked me if I wanted to go ... We were able to talk with them at length and spend time with them.”

Altman’s been invited to Israel several times and he’s gone on mission trips to Haiti. His church partnered with a group to build six orphanages in Haiti and raised $75,000 to build them.