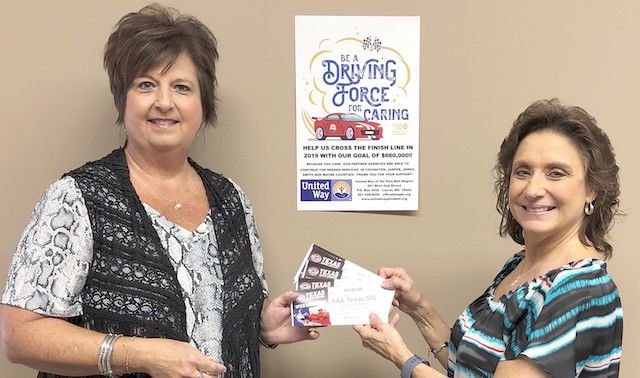 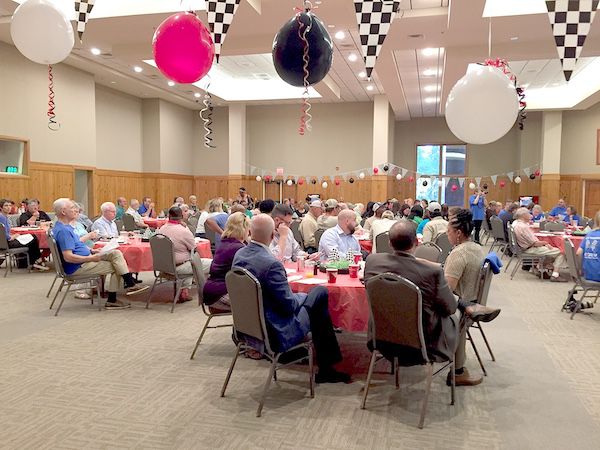 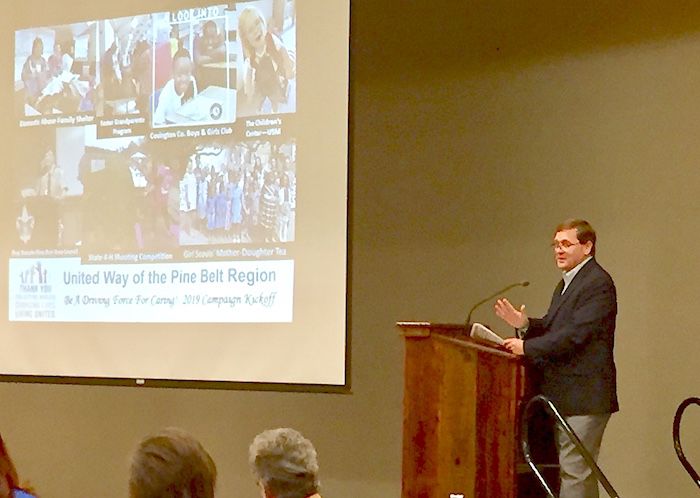 Pine Belt Region President Lowell Howell was among the speakers at the event.

Pine Belt Region President Lowell Howell was among the speakers at the event.

More than $436,000.00 in early pledge results were announced by Russ Griffin, who is regional campaign chairman. The pledges are corporate and employee donations from 14 “Pacesetter” companies that conduct a campaign in August each year.

“Be a Driving Force for Caring” is the 2019 campaign slogan, with a race-car theme. United Way Executive Director Rhonda Gilbert surprised the audience by bursting through a makeshift brick wall in a driving suit and helmet to emphasize the theme, accompanied by the music “I Can’t Drive 55!”

The campaign goal for 2019 is $660,000, which means the early campaign pledges are 66 percent of that goal and an indication of a successful campaign.

For more information, contact the office of United Way of the Pine Belt Region at 601-428-8459 or at office@uwpbr.org.