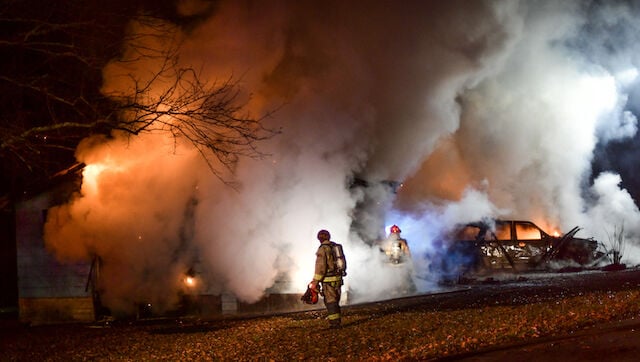 A firefighter looks at the blaze on Smith Drive just before donning his helmet. (Photos by Jack Hammett) 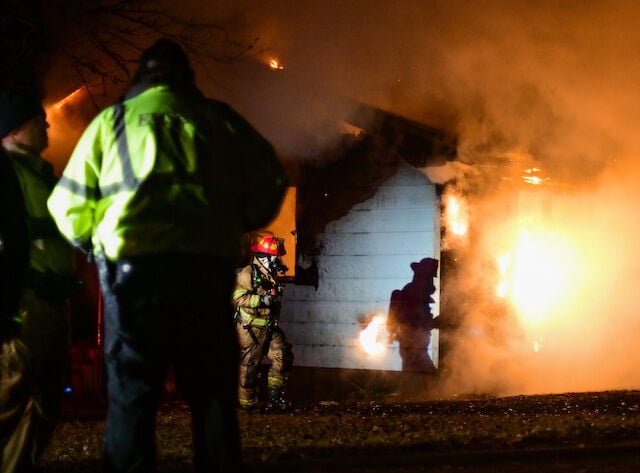 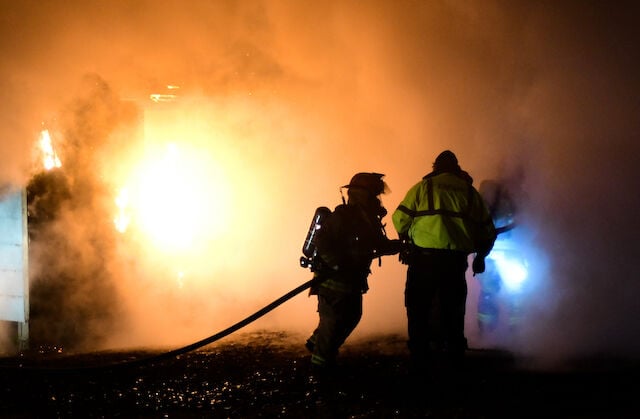 After the blaze had been somewhat beaten back with defensive tactics, Jones County firefighters continued to work the scene for several hours.

Ruth McCoy, 76, and Thomas McCoy Jr., 50, couldn’t be saved despite the efforts of Jones County Sheriff’s deputies who tried to get them out without regard to their own safety or lives. A deputy heard noises coming from the front door, but when a rescue was attempted, the fire flashed and grew too intense, a source with knowledge of the incident said. Deputy LaDean Byrd suffered smoke inhalation and some trauma to the face during the attempt, officials said.

At about 11:20 p.m., a bystander dialed 911, not knowing the home’s address. Jones County dispatchers located the house by “pinging” the caller’s cellphone signal. Upon volunteers’ arrival, the home was engulfed and flames were shooting 50 feet into the air, Jones County Fire Council spokeswoman Dana Bumgardner and Glade Fire Chief Dan McKenna said. Firefighters were unable to perform an offensive attack and enter the home to rescue the victims. A defensive attack then began, and that lasted several hours.

Firefighters worked to extinguish the blaze until