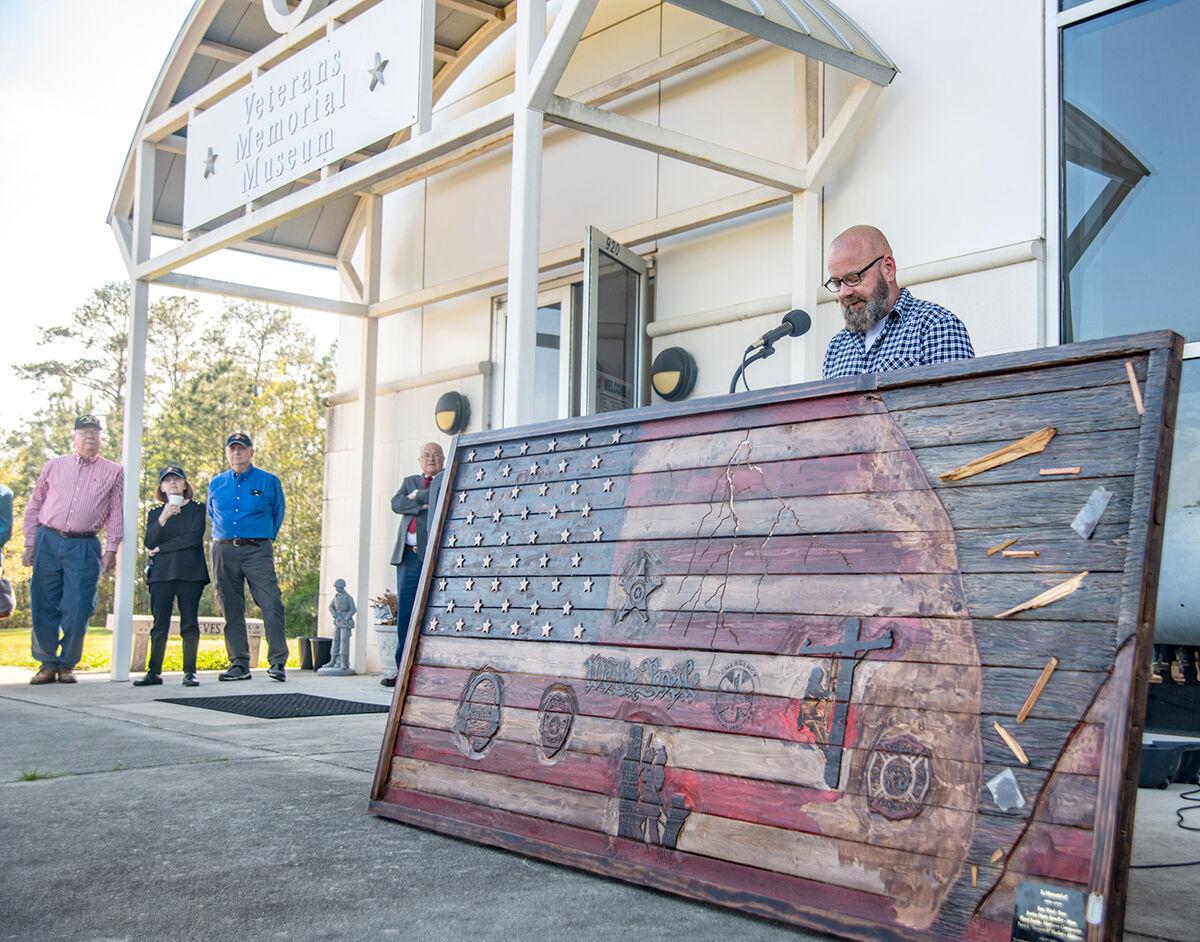 Artist Jason Saulpaw, a native of Soso and owner of The Patriot Art Company, talks during a ceremony at the Veterans Memorial Museum about the wooden flag he created. (Photos by Cam Bonelli) 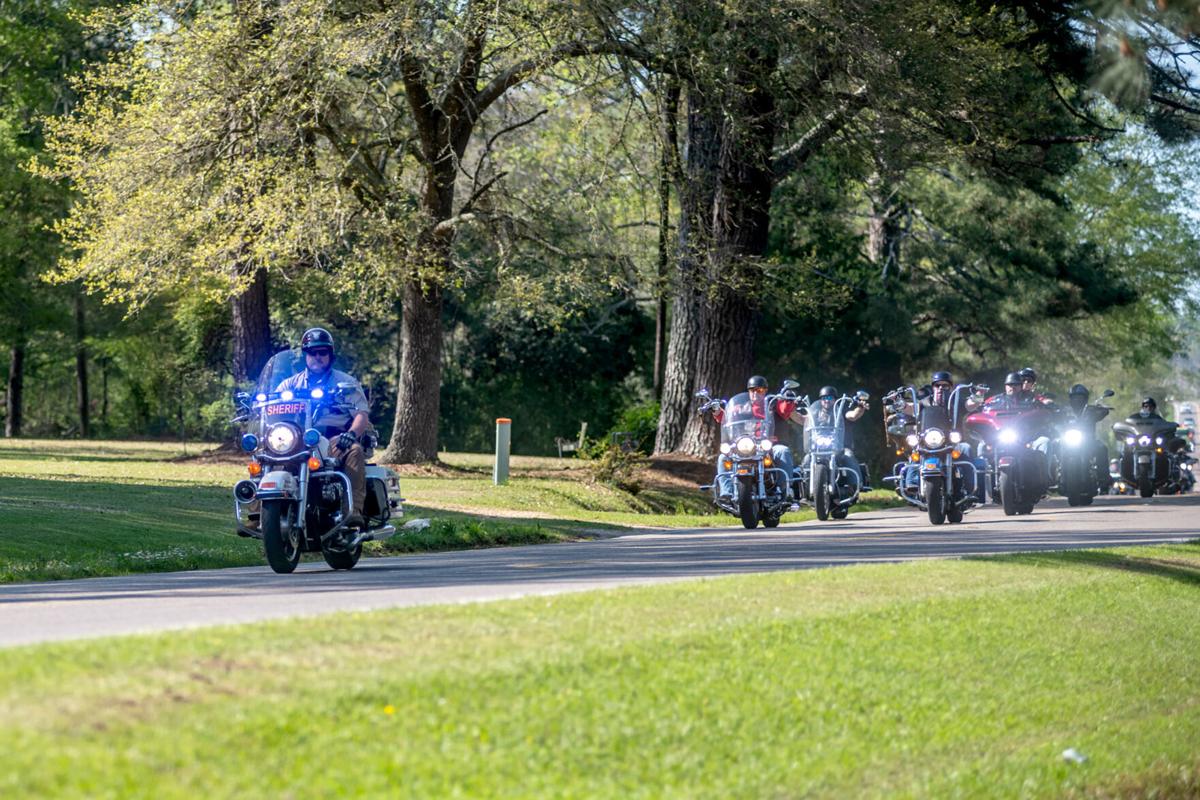 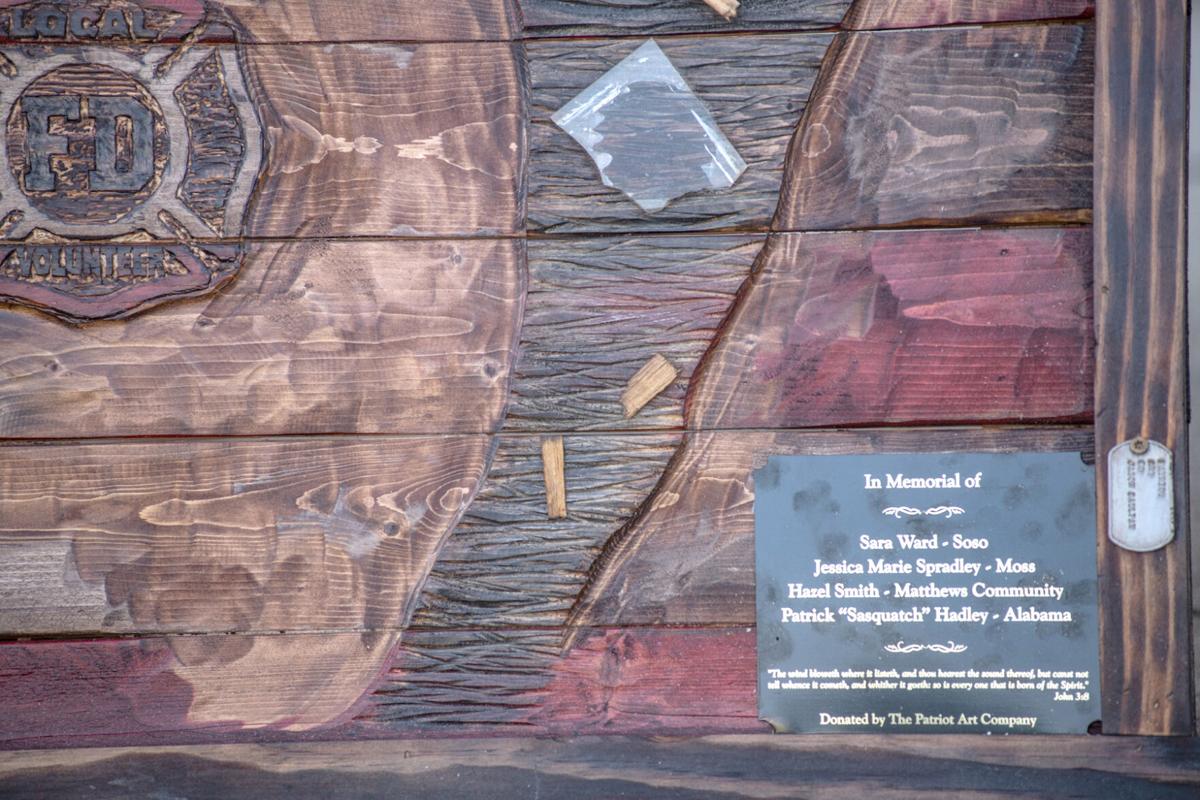 Artist Jason Saulpaw, a native of Soso and owner of The Patriot Art Company, talks during a ceremony at the Veterans Memorial Museum about the wooden flag he created. (Photos by Cam Bonelli)

These three Jones County residents and an Alabama man lost their lives in the aftermath of a more than two-mile wide F-4 tornado that sliced a 68-mile path through five Mississippi counties on Easter Sunday 2020.

Artist Jason Saulpaw, a native of Soso and owner of The Patriot Art Company, created a wooden American flag to honor these individuals along with first-responders, law enforcement and volunteers who endured the devastation. A procession including the Punisher’s Motorcycle Club, Hellfighter’s Motorcycle Club, Jones County Sheriff’s Department and the Laurel Fire Department escorted the flag from Soso to the Laurel Veterans Memorial Museum with a ceremony following at on Saturday.

Saulpaw said as the storm approached, he was listening to the weather forecast when it warned to get out of the Soso-Stringer area as the tornado was about to hit.

“I took off and put myself right in the path of it in Shady Grove,” Saulpaw said. “I ran to a friend’s house and the whole time I was thinking, ‘This is it. I’m gone.'”

The tornado veered away from where Saulpaw was, but he still remembers the sound and site of the storm.

“I watched it go behind the trees. I was about a mile and a quarter away from it. And, I tell you, it was the most evil thing I had ever seen in my life,” he said. “You couldn’t see it because it was wrapped in rain, it looked like a big dark cloud and you couldn’t see the rotation. All I could hear was a low rumble.”

About a month after the tornado hit and volunteering by delivering necessities to those in need, Saulpaw began working on the piece. After listening to stories of survivors and helping on the scene, he wanted to honor everyone who endured the tornado.

“After seeing what I had seen and being out in the community, I felt it was appropriate to do for the community,” he said. “We had people coming out from everywhere, Alabama, Louisiana, everywhere.”

Saulpaw said the inspiration for the design was everyone involved in the tornado’s devastation, aftermath and beyond.

The 8-foot wide, 32-inch tall wooden flag took Saulpaw about a year to complete. He incorporated emblems of first responders, an image of powerline workers, a lightning bolt to symbolize storm trackers and the words “We The People” to recognize everyday citizens who stepped up to help. At the bottom right corner of the piece, a plaque recognizes the lives lost from the tornado.

The piece included debris from Moss and Soso, Saulpaw said.

“The biggest piece on the top is from the Moss Baptist Church and the white piece in the middle is from Jessica Marie Spradley’s house,” Saulpaw said. “There’s other pieces that are from various houses in Soso and Moss.”

Donating the flag on the year anniversary was by accident, Saulpaw said.

“It wasn’t intended to be donated on the anniversary but it just kind of worked out that way,” Saulpaw said. “It was supposed to have already been donated twice, but something happened.”

Saulpaw said he was all right with the donation coinciding on the anniversary and one year later, the devastation reminds him that tomorrow is not always promised.