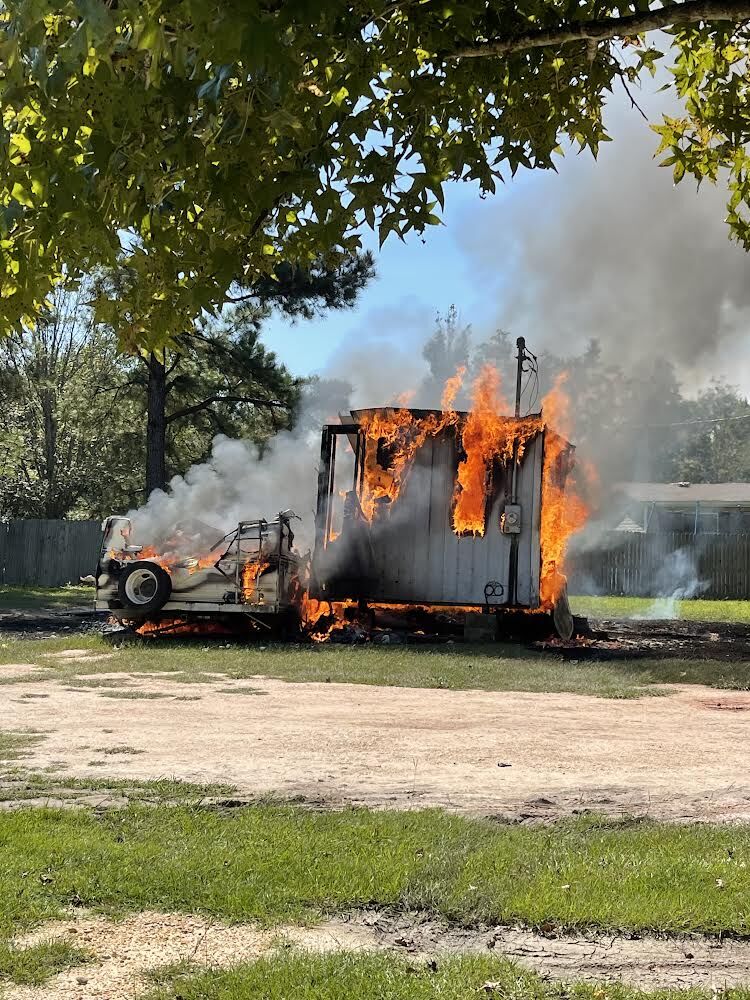 Joseph Lyons is accused of setting fire to a camper where he resided.

Joseph Lyons is accused of setting fire to a camper where he resided.

Joseph Spells didn’t want to live in a nursing home, so now he gets to stay in jail.

The 77-year-old sex offender from Ellisville is accused of burning down the makeshift home that family members provided for him on Dacetown Road just before noon on Saturday.

Spells was still on scene when deputies from the Jones County Sheriff’s Department arrived, and he was arrested and charged with arson.

Spells is reportedly having some health problems as he gets older, and

a doctor suggested that he move into a nursing home, JCSD Investigator J.D. Carter said. But when family members suggested that he follow the doctor’s orders, his response was to burn down the home they’d provided.

“He admitted to burning it,” Carter said, adding that now Spells doesn’t have a home or the nursing-home option.

The motorhome that had an  attached shed was engulfed in flames when the first firefighters arrived. It was destroyed despite the efforts of units from Ellisville, Moselle, South Jones and Southwest Jones.

Sex offenders often have trouble finding a place to live because of restrictions about where they can live and the reluctance of many landlords to house them. Spells is a registered sex offender who has been in and out of trouble with local law enforcement for many years since his release from prison. He was convicted in 1993 of aggravated sexual abuse of a victim under 13 in Illinois while he was living in Kalamazoo, Mich. His victim was actually under 10, according to reports.

After moving to Jones County, he has been listed as an absconder for failing to register as a sex offender as required by law and served more time for that. He was convicted in 2019 for a second DUI habitual offender and ordered to serve two years. At least once, he was caught when Laurel police responded to a disturbance he was accused of causing.