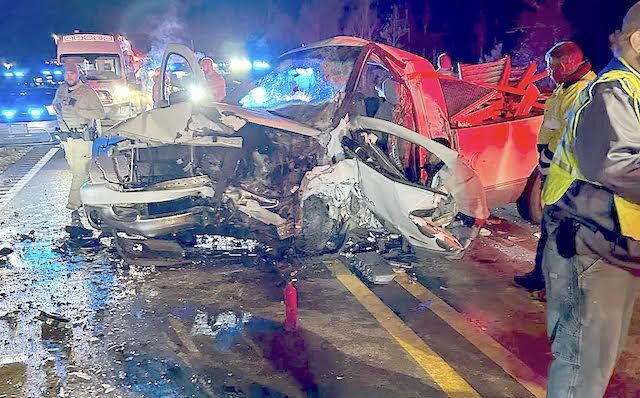 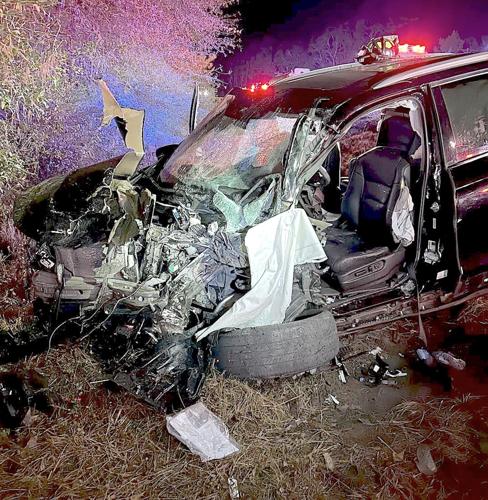 A Jones County man was airlifted with serious injuries after a head-on collision on Highway 29 South at Spurline Road early Friday evening. Volunteers from Johnson, Ovett, South Jones and Southwest and Ellisville Fire Department firefighters responded to the scene just after 5:30 p.m. Friday. They immediately began rendering medical care to the victims and working to control traffic before using hydraulic tools to extricate both drivers. Kevin Holifield was airlifted to a hospital with both legs broken, a broken ankle and broken wrist, among other injuries. The other driver, Bobbie McGee, had been suffered what were described as moderate injuries and was taken to a hospital by EMServ Ambulance Service. Highway 29 was completely blocked while crews worked to care for the injured and clear the roadway. The Jones County Sheriff’s Department and Mississippi Highway Patrol also responded, and MHP is investigating. There were reports that the pickup driver was impaired and other motorists had called 911 as he was driving recklessly along the highway just before the crash. Holifield is reportedly being charged with a DUI. Amber Walters posted on Facebook that her father had been run off the road by a reckless driver with no headlights on just before the crash, barely avoiding a head-on collision. “He was shook up and was trying to get someone to the man before this tragedy happened,” she wrote. “Prayers for all who were involved especially the woman who was hit.” — PIO Dana Bumgardner of the Jones County Fire Council contributed (Photos by Ovett VFD)