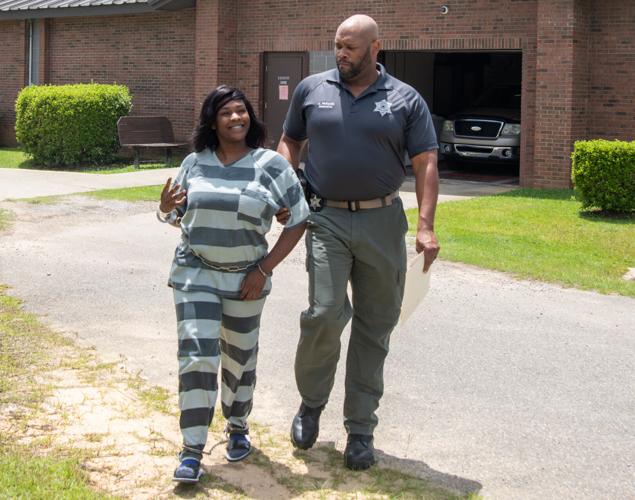 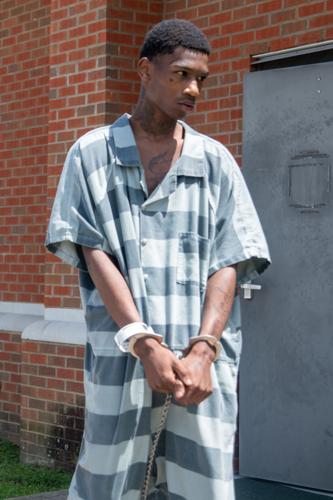 All three suspects in the shooting and robbery at FastStop in Hebron Wednesday night have surrendered themselves to the Jones County Sheriff’s Department.

Jordan Dean, 22, turned herself in at JCSD Monday morning and Carmelo Jackson, the suspected shooter in the Wednesday night armed robbery at FastStop in Hebron, surrendered Friday.

“(The clerk) was robbed, shot and is in very critical condition — these charges could even be upgraded to murder if the victim does not survive — I’m denying bond,” Judge David Lyons said in Jones County Justice Court on Sunday afternoon. Lyons called Jackson a “threat to society,” as well, stating it as another reason he was denying bond.

Neither have confessed to the shooting, JCSD Sgt. J.D. Carter said.

“We’ve been updated on the condition of the clerk and he has been moved to a regular room and recovering,” Carter said. “So many people in the community love Mr. Rocky.”

Jackson was appointed court public defender Cruz Gray. Tyveron Morgan, 17, was arrested and charged with accessory to robbery and accessory to aggravated assault in the shooting of store clerk Rakesh “Rocky” Arora. Morgan’s mother brought him to the JCSD for questioning, sources with knowledge of the case said. He was reportedly in the car with the shooting suspect, but he did not get out and go in the store during the robbery, JCSD Investigator Abraham McKenzie said.

Morgan was expected to face Jones County Juvenile Court Judge Wayne Thompson. It was possible the judge will adjudicate him and charge him as an adult. He is being identified because his name had already been released by the JCSD the day after the shooting. He was known to be involved based on store surveillance, and law enforcement officials asked for the public’s help finding him.

Each could face up to life in prison.

Arora was reportedly shot in the chest with a handgun. EMServ Ambulance transported him to South Central Regional Medical Center. He was later transferred to Forrest General Hospital in Hattiesburg, where he was reported to be in critical but stable condition.

The shooting happened around 9:30 Wednesday night, and the JCSD responded along with EMServ and Hebron volunteer firefighters.