Body-cam footage of a teenager’s run-in with Laurel police on Sunday showed that he fell hard and “face-planted” after being tased, but that didn’t stop Black Lives Matter protesters from picketing in front of the LPD on Tuesday.

“I never thought we’d get to a point where you can put the truth out, but it doesn’t matter,” a frustrated LPD Chief Tommy Cox said. “I don’t put out lies. Some people, you’re never going to make happy, I guess.” 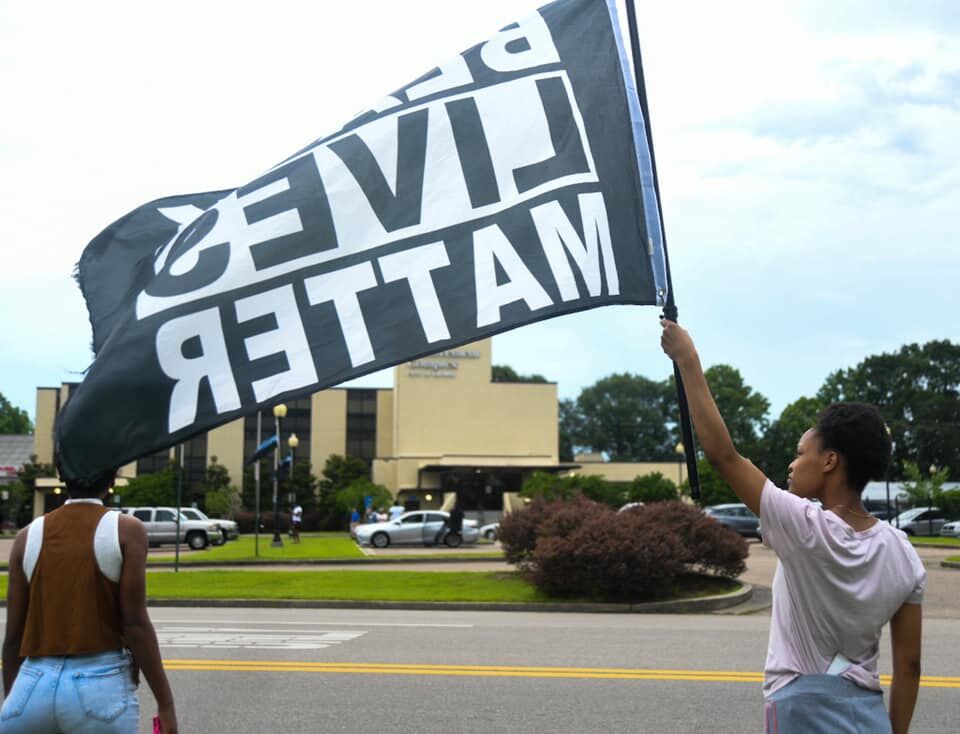 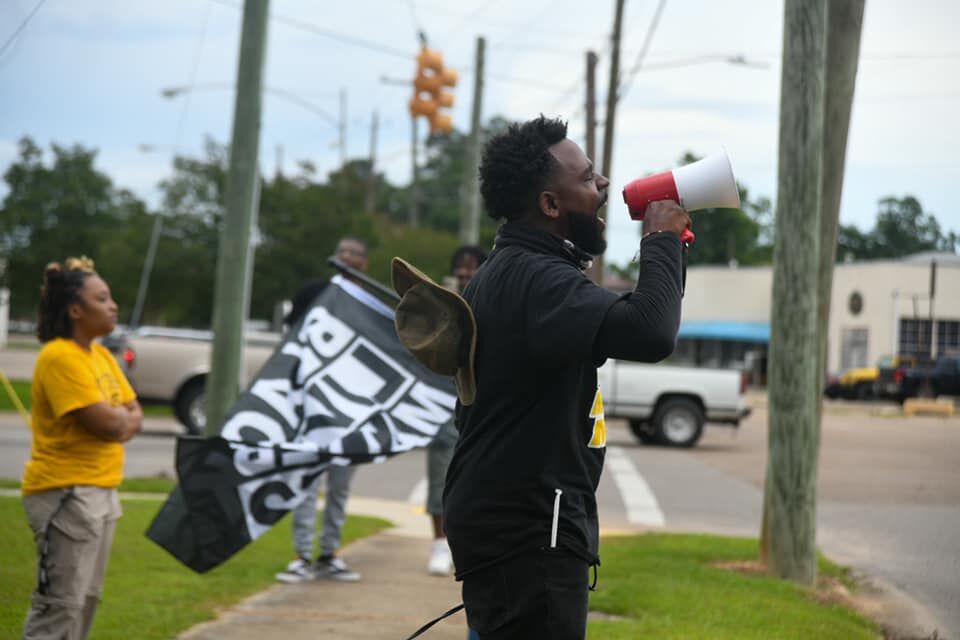 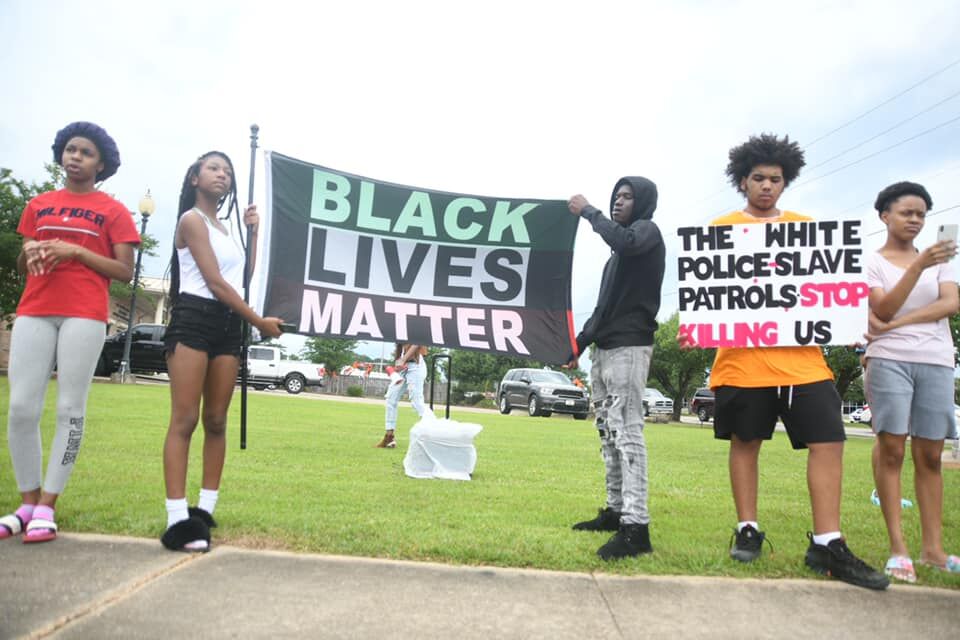 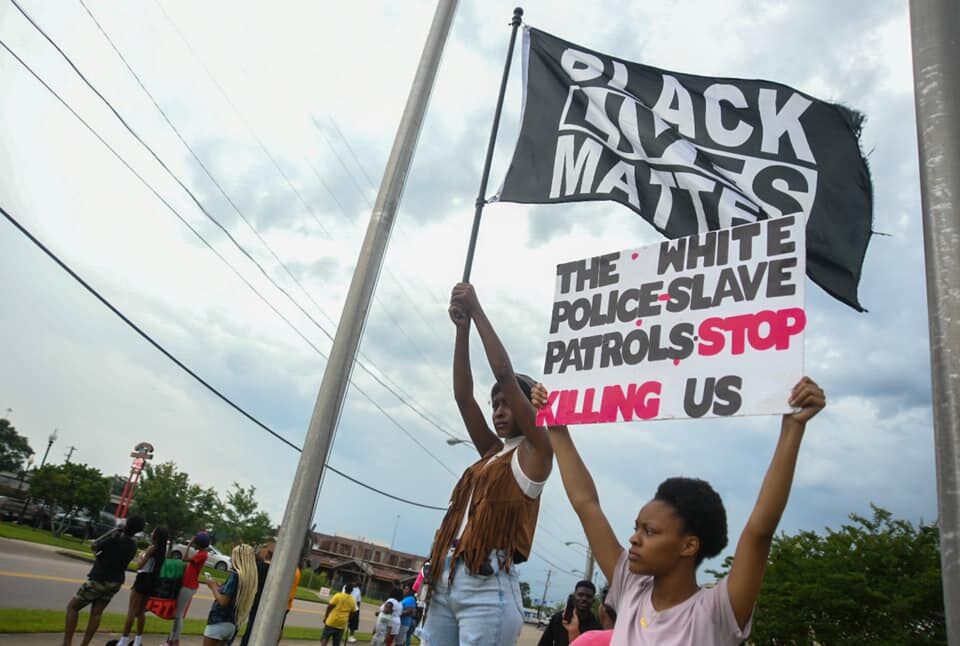 On Tuesday, Protesters affiliated with Black Lives Matter protested at the Laurel Police Department to release the entire video of an incident in which a 17-year-old was tased by officers.

Cox and Capt. Earl Reed met with family members of 17-year-old Jermaine Nix Jr., and after they viewed officers’ body-cam footage, they were “satisfied the the taser was the only force used during the arrest,” according to a statement released by the LPD. “We would like to thank the family for taking the time to meet with us.”

Images of Nix in a hospital bed, with bloody injuries to his face and arms, were posted on Facebook and received a whirlwind of response. Many claimed that the LPD beat Nix and called on the department to release the body-cam video. That couldn’t be done immediately, Cox explained, because the images of juveniles who had not been adjudicated as adults in court appeared on the video.

He allowed a Leader-Call reporter to view the video in full, and it showed the group of teens with their hands on a car, as directed by officers, and when an officer asked about a gun that had been dropped under the vehicle, Nix took off running and refused to stop before being tased. It was unclear if Nix hit a pole that was at the edge of the convenience store parking lot, the asphalt or both, but an officer is heard saying that the suspect “face-planted.”

The first officer who is shown walking up to the downed suspect immediately called for EMServ Ambulance to come to the location “10-17,” which is code to respond as quickly as possible.

Officers were responding to a “shots fired” call in a neighborhood near Wayne Farms around 9 p.m., and the suspect vehicle was spotted and pulled over on Chantilly Street. Four or five young men were in the vehicle when officers stopped them, Cox said.

After Nix was taken into custody, he was transported to the hospital for treatment, and he appeared before Judge Kyle Robertson on Monday. He is facing only misdemeanor charges, which is fortunate, Cox said, because it means no one was injured in the shooting that led to the stop.

Three weeks earlier, police responded to a report of someone “flashing a gun” at Shadowoods Apartments, and when police arrived, Nix assaulted an officer, breaking a bone in his elbow. That officer — who has “a sterling record” and has children, Cox said — had to go to the emergency room and miss work for two weeks while he recovered.

That incident led to Nix being adjudicated as an adult by Jones County Youth Court, meaning the judicial system will treat him as an adult in all future proceedings.

“They want to say he’s a child ... but where were those folks when it was time to show him the right way?” Cox said. “A child is 8 or 9, not a 16- or 17-year-old who’s been adjudicated as an adult because of violent tendencies.”

The people who are putting out the information about the incident on social media are “election-year propagandists” who “either don’t know or don’t care about the truth,” Cox said.

BLM protesters claimed that the LPD and Leader-Call were only showing a portion of the video in order to protect the department.

“We rarely have any injuries when a taser is deployed,” Cox said.

“We’re not out here to hurt anyone. Policing is sometimes not pretty.”