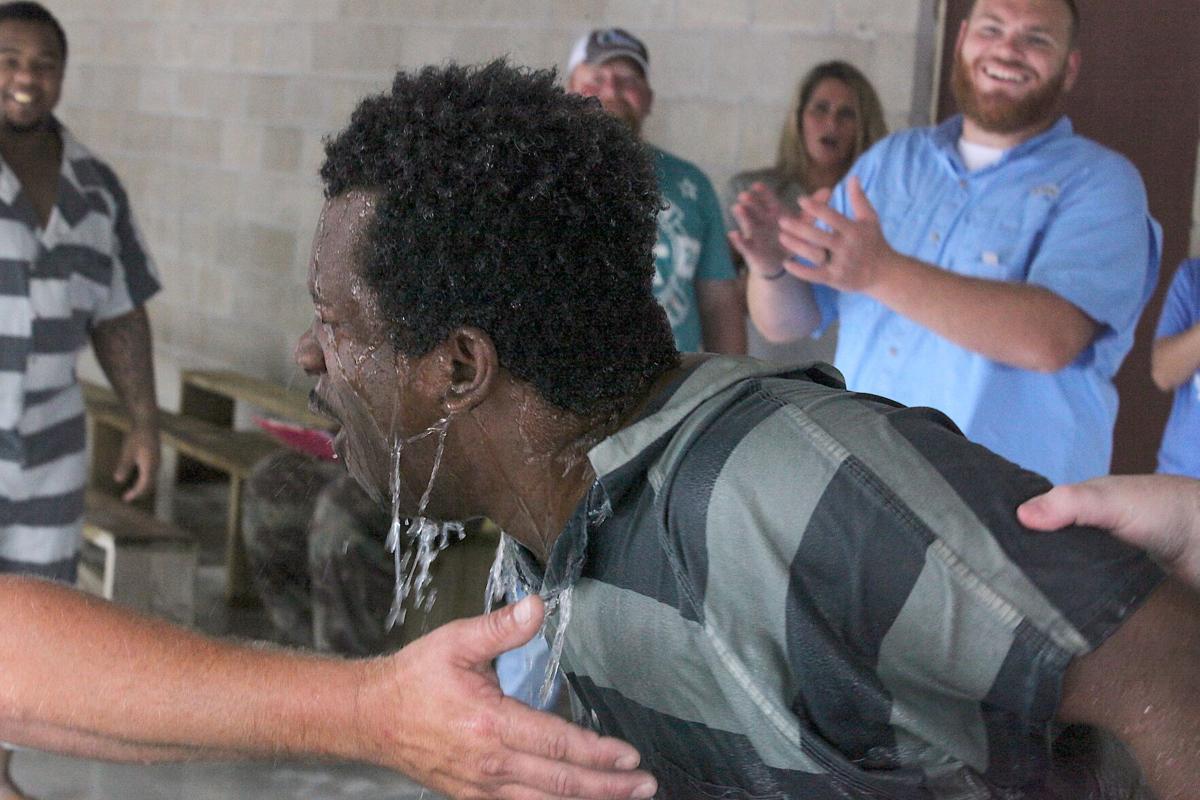 Lemuel Henry after being baptized 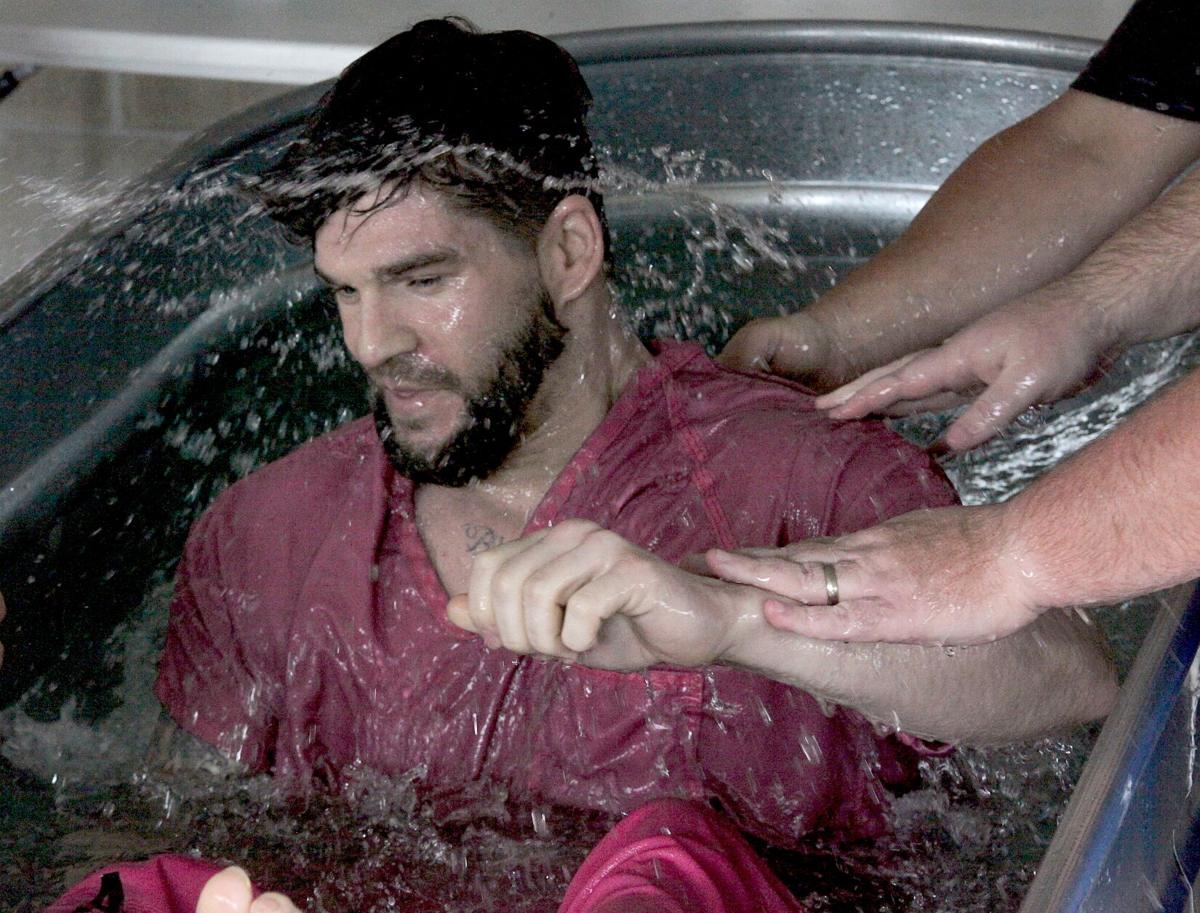 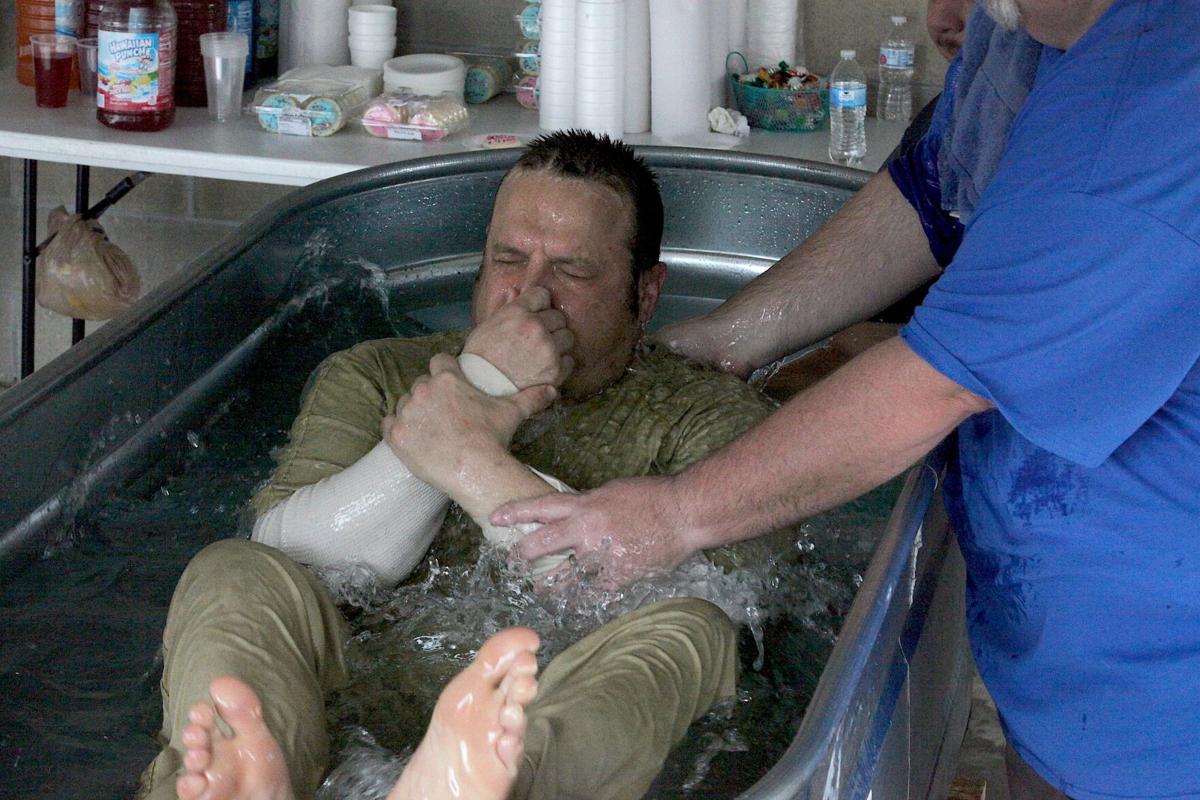 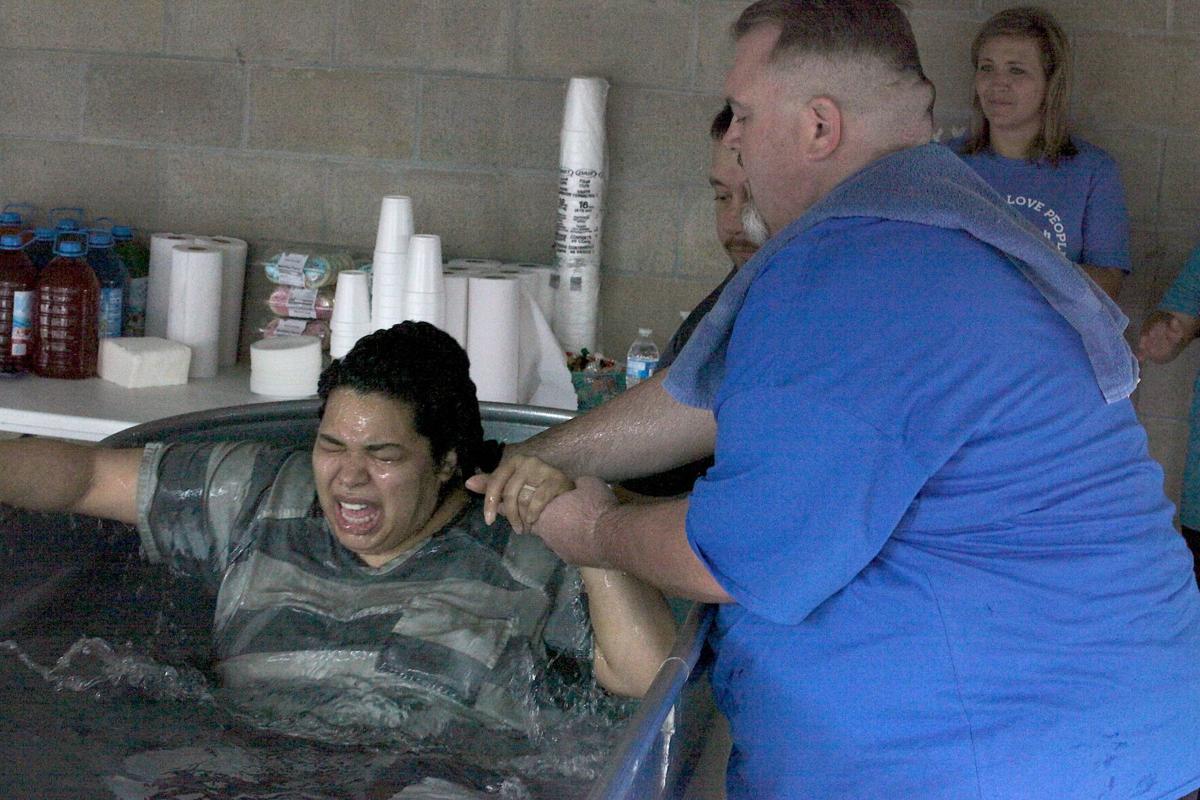 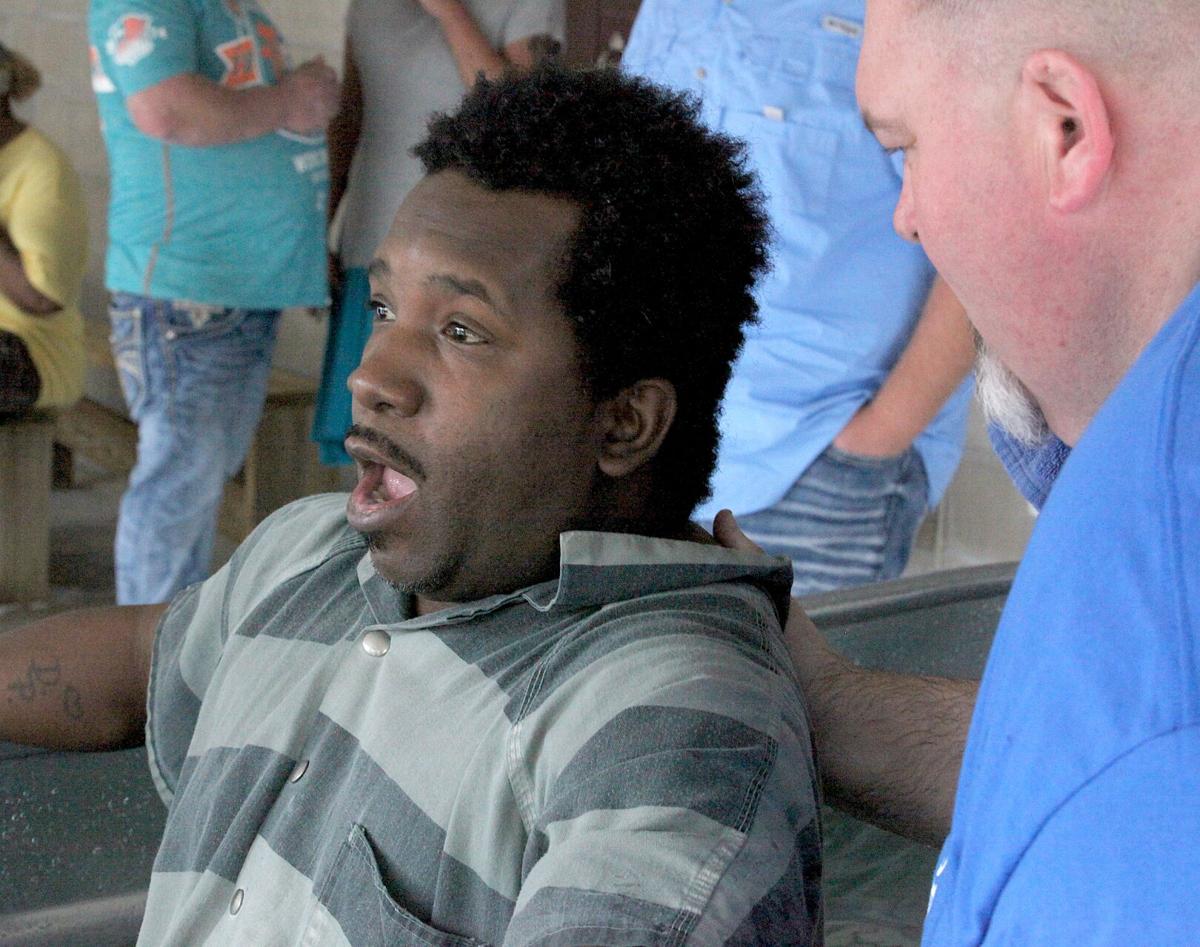 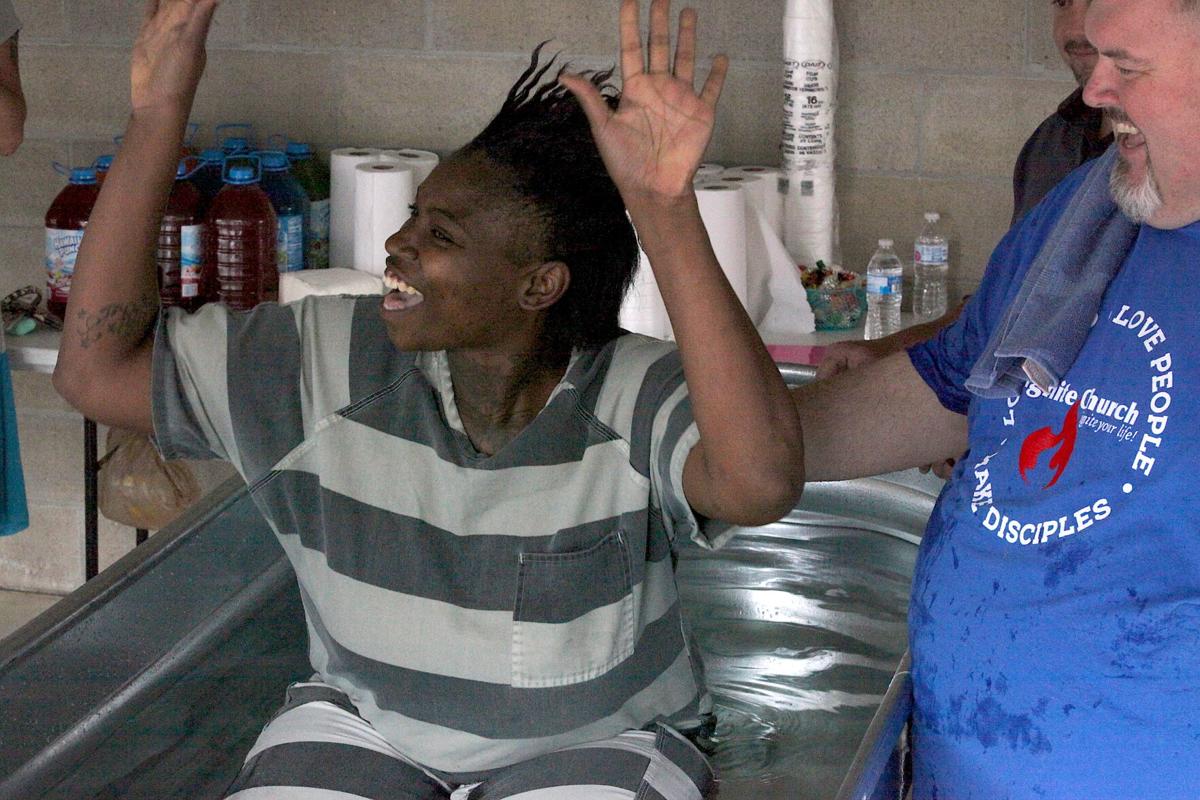 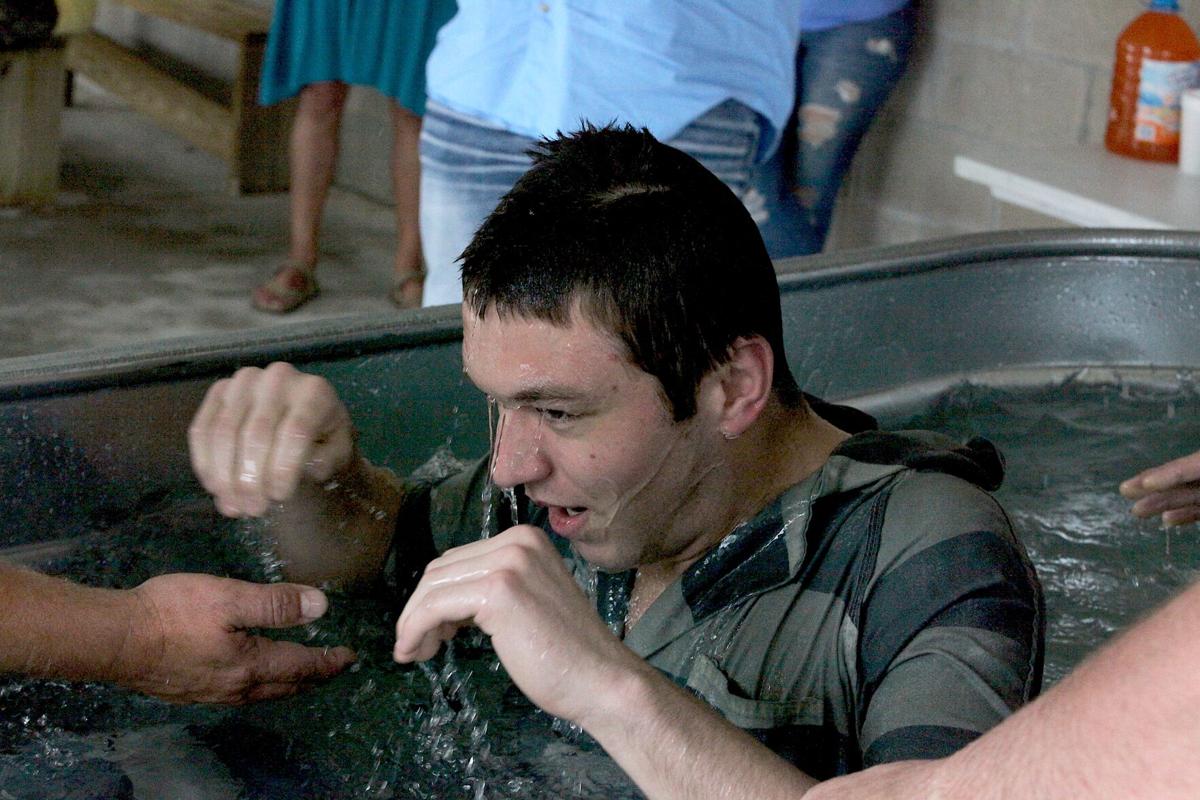 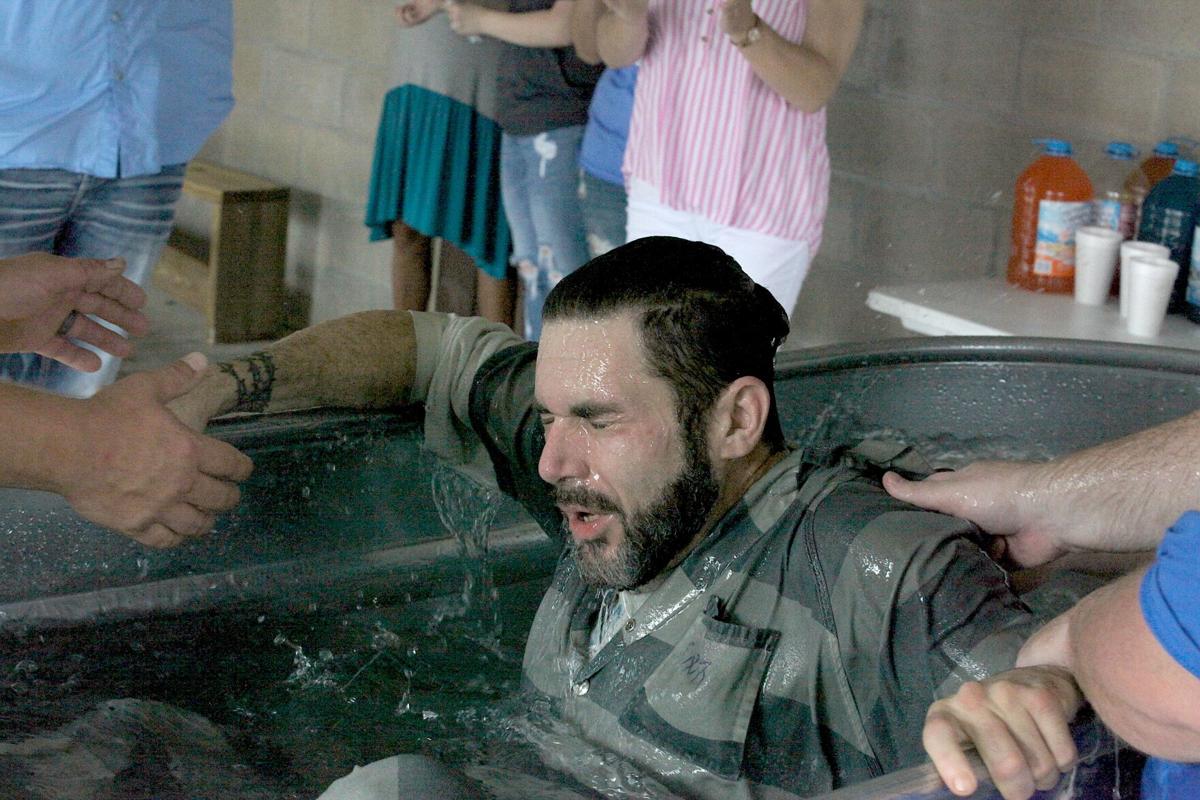 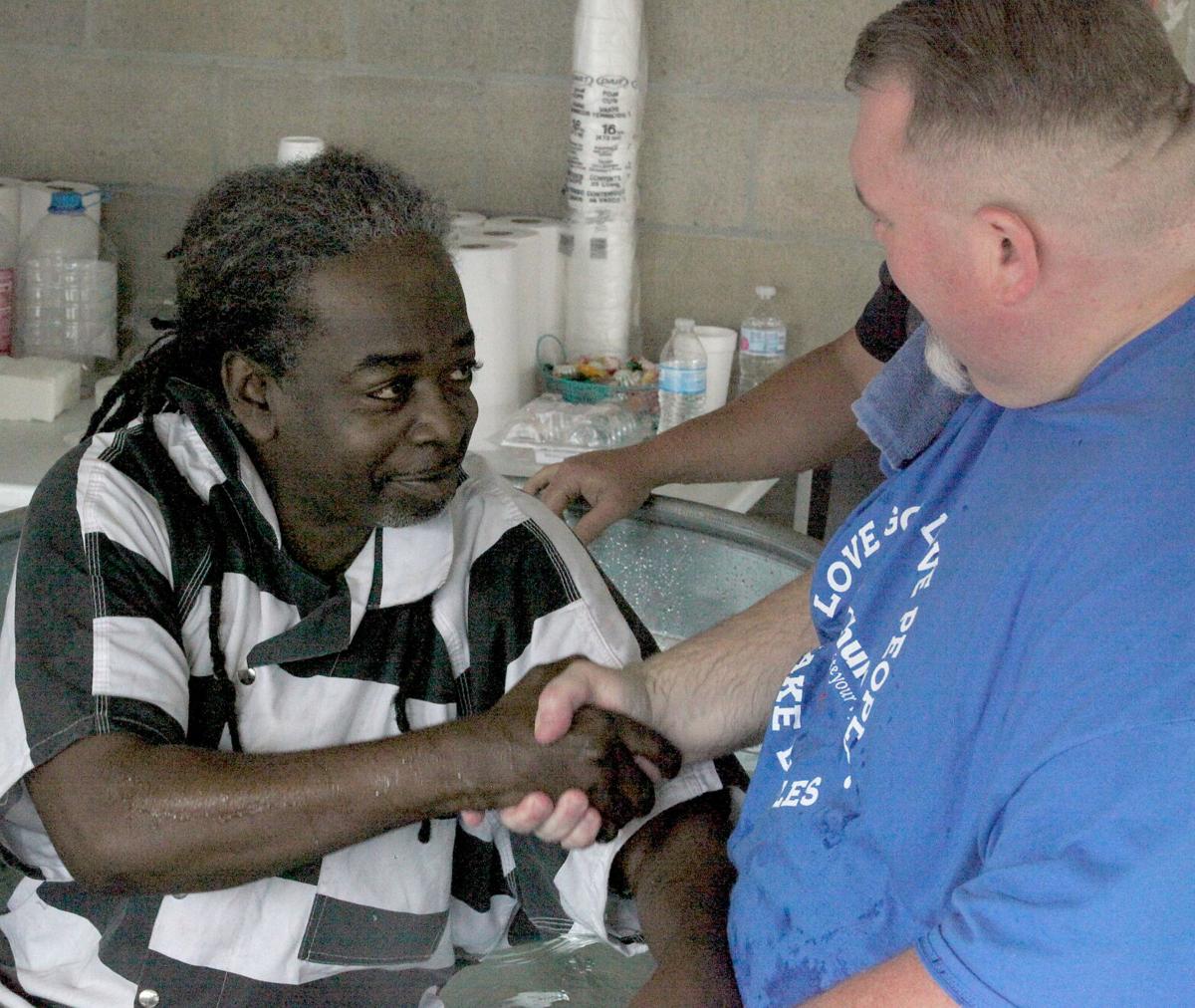 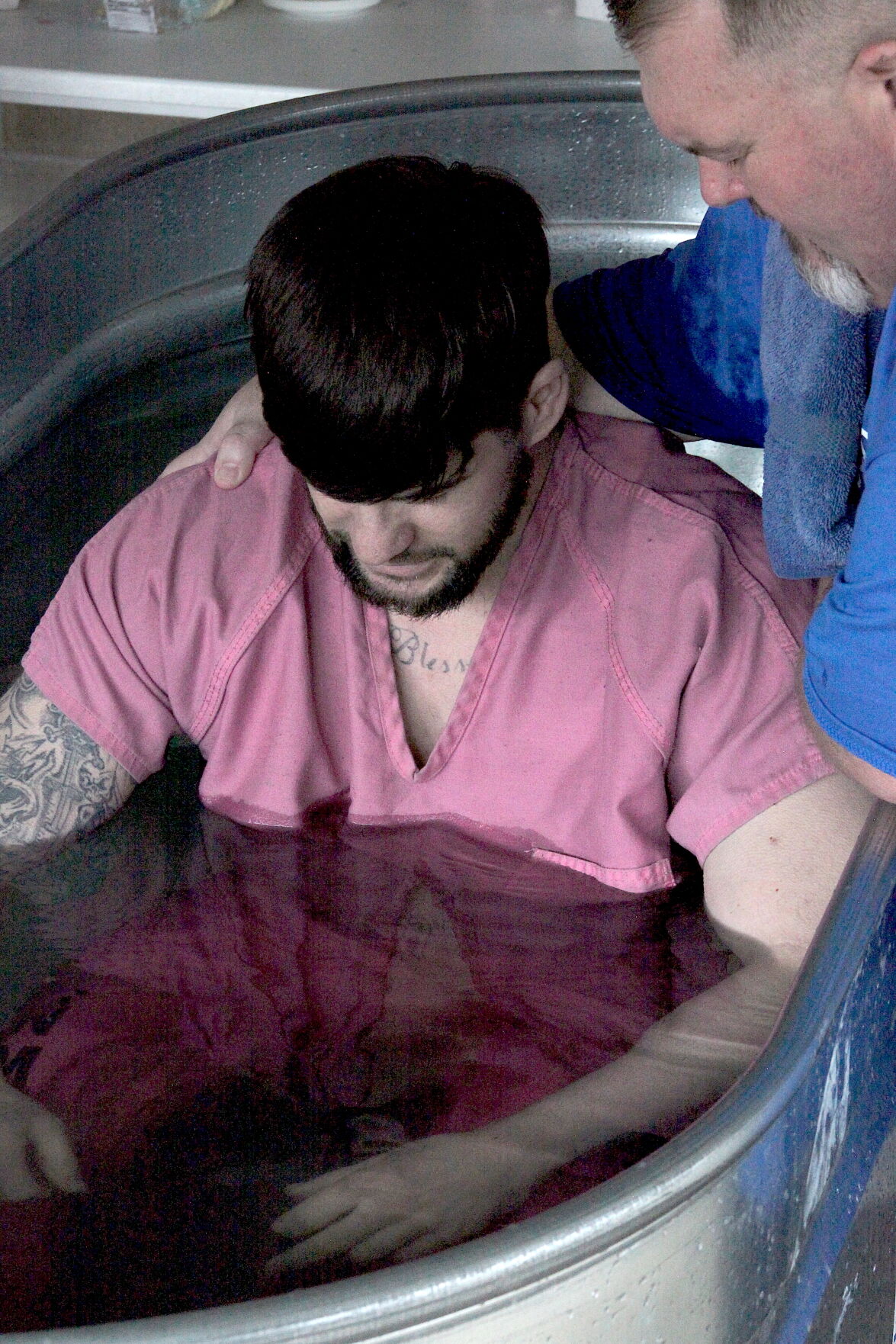 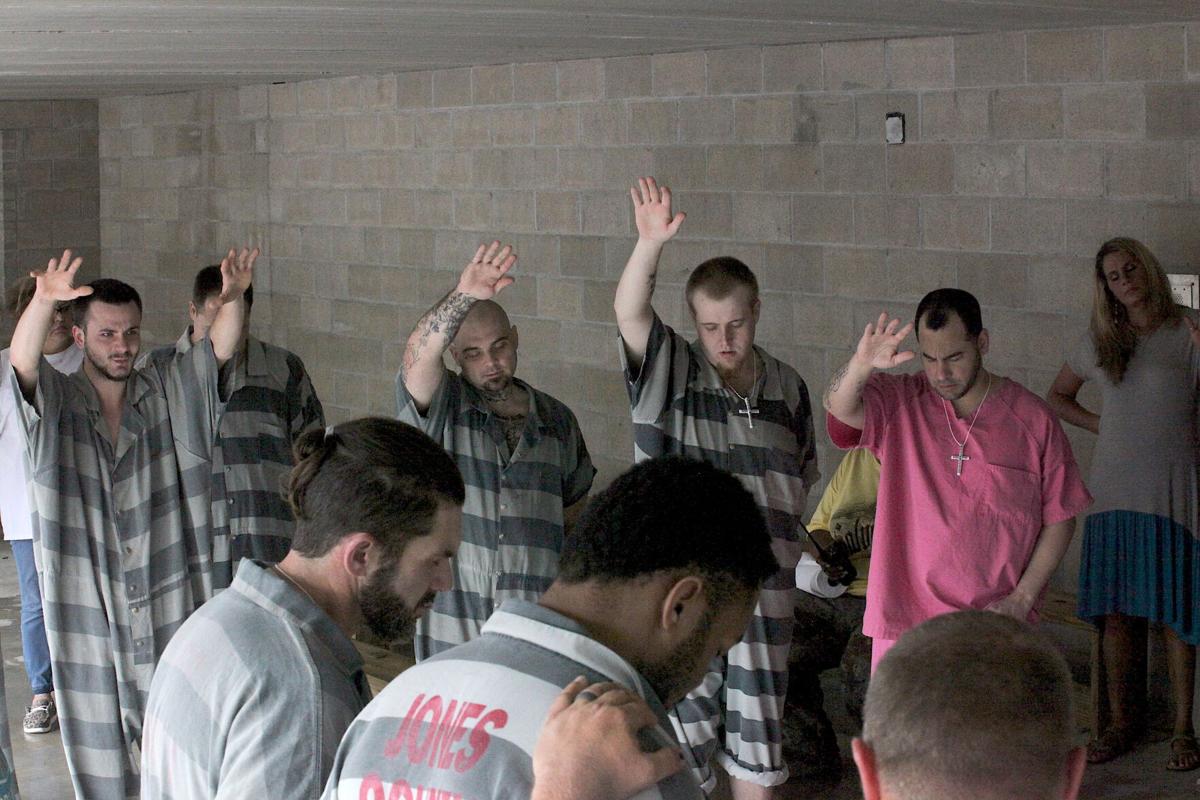 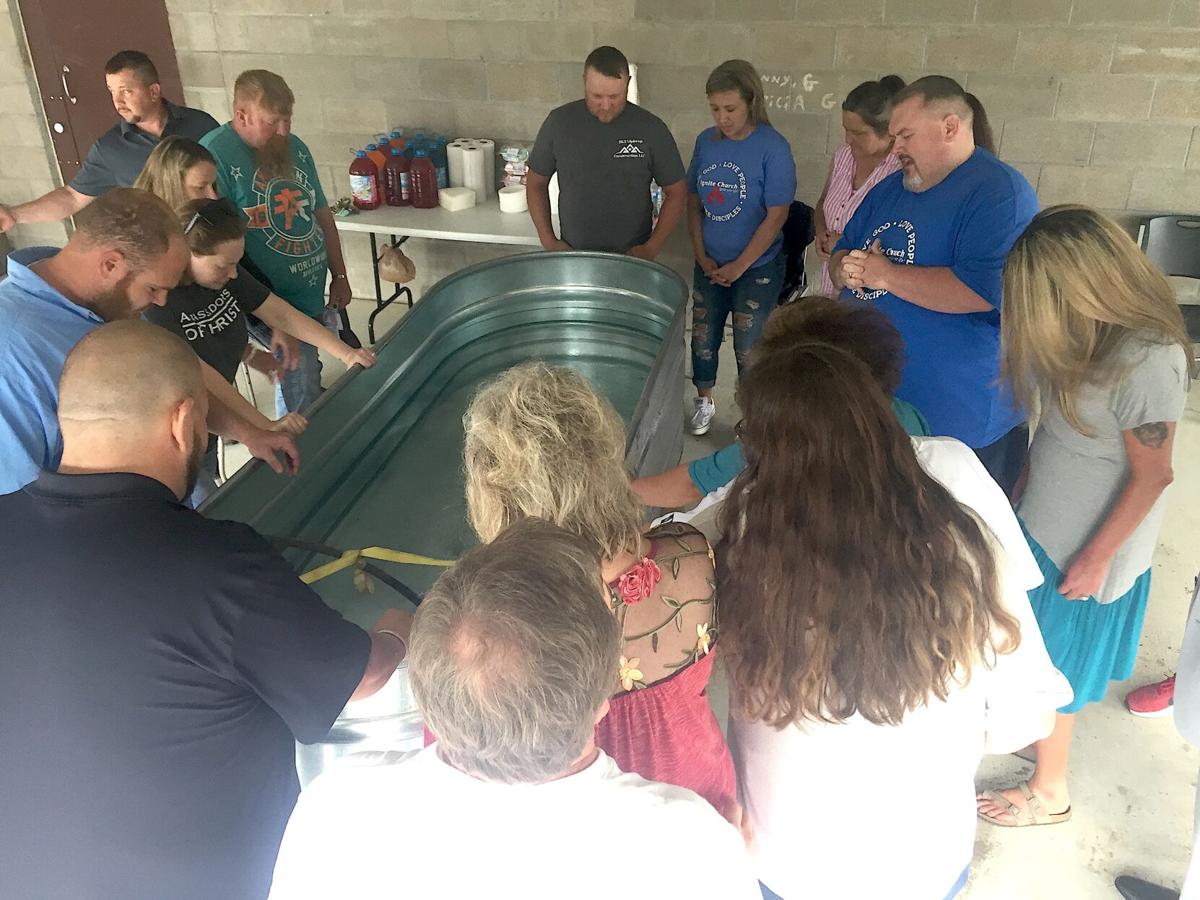 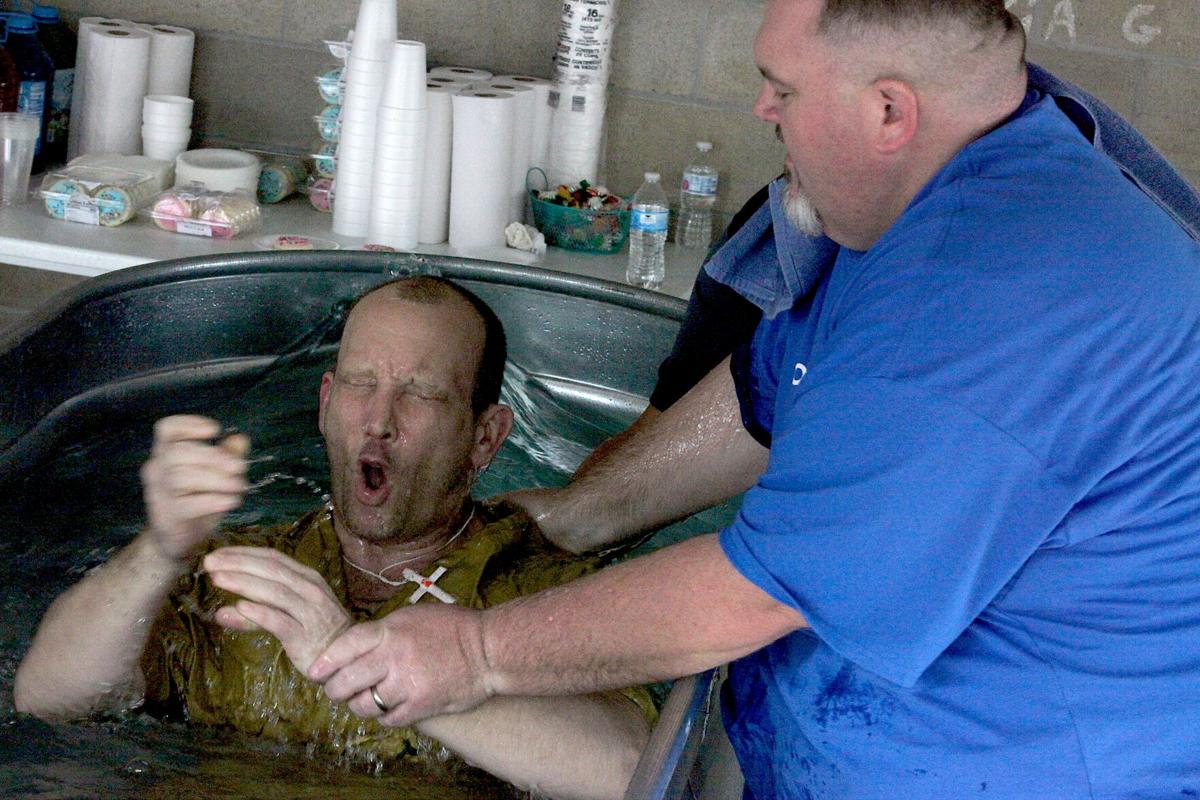 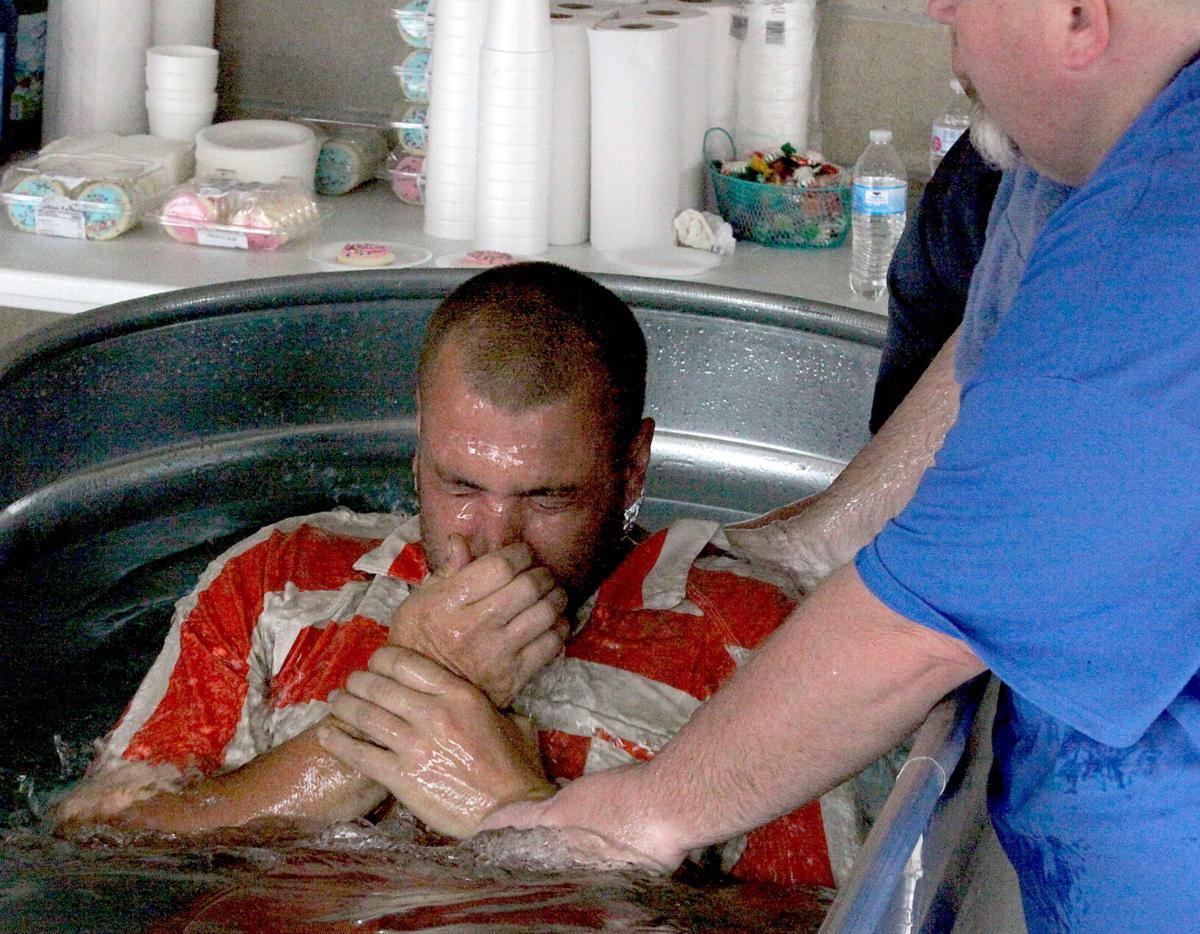 Lemuel Henry after being baptized

Murder suspects, burglars, drug dealers and other accused felons sat in a water-filled cattle trough and had their sins washed away Sunday afternoon at the Jones County Adult Detention Center.

Pastor Curt Pitts of Ignite Church, who is also a longtime local law enforcement officer, took hold of their hands — not to place in cuffs, but to pray with them before submerging them in the water and to congratulate them after the symbolic gesture of purification in the Christian church.

A total of 45 prisoners participated in what was believed to be the first baptismal service at the jail. Some of those inmates are accused of causing bloodshed and even taking the lives of others, but even they can be saved by the blood of Christ, Pitts said.

“I believe all are redeemable, even though some of the things they’ve done are heinous,” he said. “We have a loving, forgiving God. We’re all going to live forever somewhere; we just want to help them get to the right place.”

Pitts understands that cynics will see the professions of faith by incarcerated people as “jailhouse conversions,” but “I don’t question the authenticity of it.”

That’s not his duty, he said. “No one knows their heart except for God,” he said. “One soul may be saved, and that’s worth it.

“Rock bottom will teach you a lot of lessons that the mountaintop won’t.”

Angela Hurtt of Dying To Live Ministries and others who hosted a revival at the jail at the end of March are still abuzz over the “movement of the Holy Spirit” during that event, when 64 inmates were saved. Monica Broome of DTL agreed.

“It was supernatural,” Hurtt said.

Some inmates who have since been released have continued to come to meetings at one of the three programs involved with the jail ministry, she said. Hurtt has a heart to help the inmates because she was once where they are. So was her husband Chris Hurtt.

“I lost my kids and my family … I know how it feels to have the world against you,” she said. “I root for the underdog, even when they’re getting blasted by everyone.”

Tank Gilbert of Restoring The Broken said that combining the resources of the three ministries helps them reach more people. There is no rivalry between the three programs, he said.

“We’re all Team Jesus,” Gilbert said. “We came here expecting to bless the inmates, but they blessed us.”

Pitts acknowledged the “unique position” he’s in, seeing things from the perspective of law enforcement and fulfilling the Biblical principle of grace and mercy. He is responsible for locking up some of the prisoners that he baptized.

“I always try to be a giver of hope with the word of God,” he said, and he tries to fulfill that purpose whether he’s in the pulpit or a patrol car.

Being saved by grace, however, doesn’t mean the prisoners won’t face penalties on Earth, he’s quick to point out.

“Jesus will save you from your sins, He won’t get your charges dropped,” he said.

A few of the inmates thanked the ministry team members for believing them and taking the time to come talk to them. Rocky Mitchell of Bethlehem Community Church strummed his guitar as they were saved and led a few praise hymns, and he and Pastor Je Stephens of DTL and others encouraged them as they reemerged.

Hurtt and Pitts said they appreciated Sheriff Joe Berlin and Chief Deputy Mitch Sumrall for giving them the access to the inmates to help make a difference in their lives. Hurtt singled out corrections officer Sgt. Sara Edison for being their “rock” as they minister to inmates three nights per week.

Berlin offered appreciation for the jail staff and their help, and hope for the inmates.

“It is up to these men and women to follow Christ as their Savior,” he said. “Let’s pray for them to seek guidance always.”