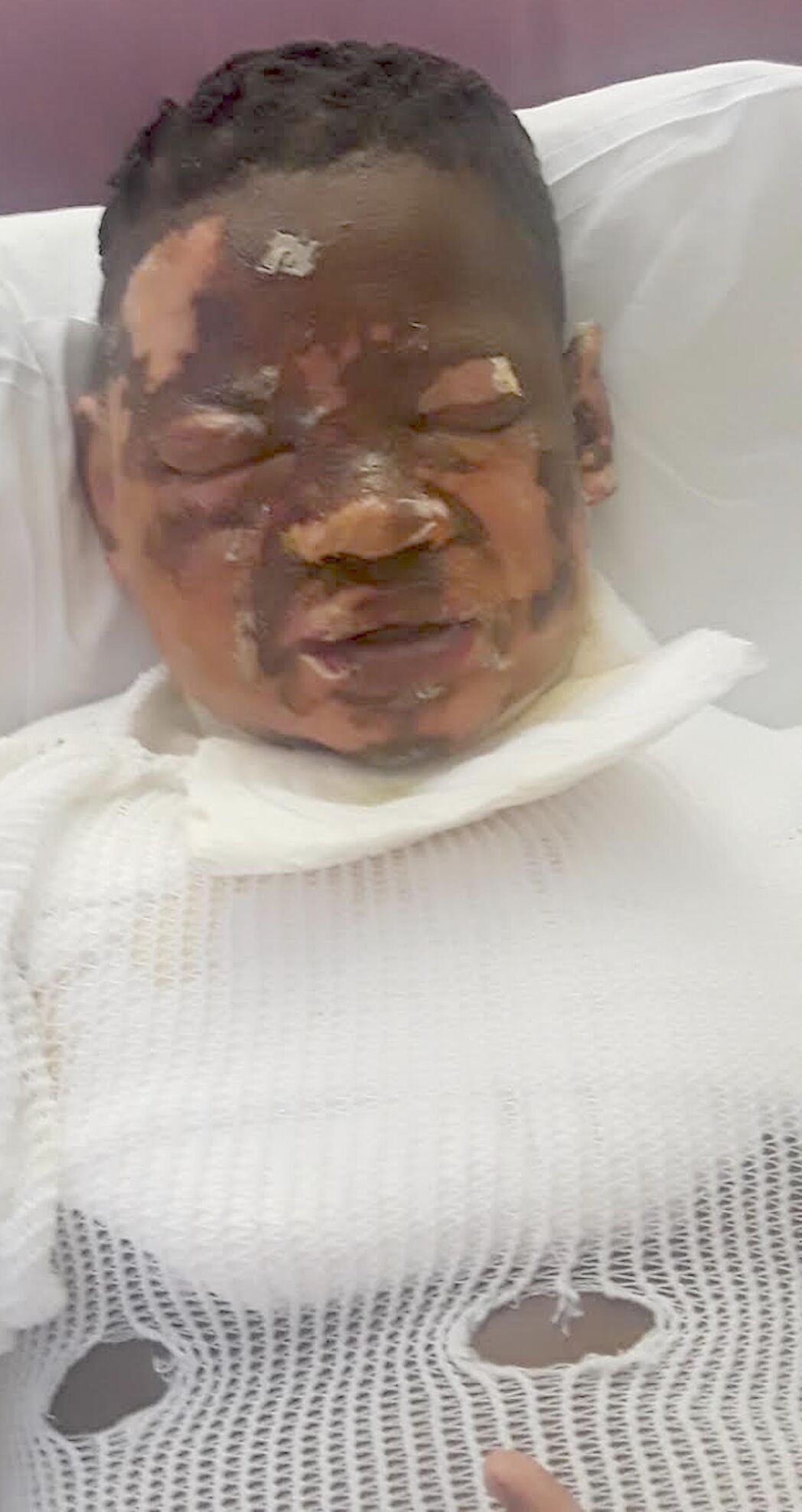 Uriaus Young in the hospital after being burned. His mother Monique Terrell shared the photos to serve as a warning to others about how internet pranks can go awry. 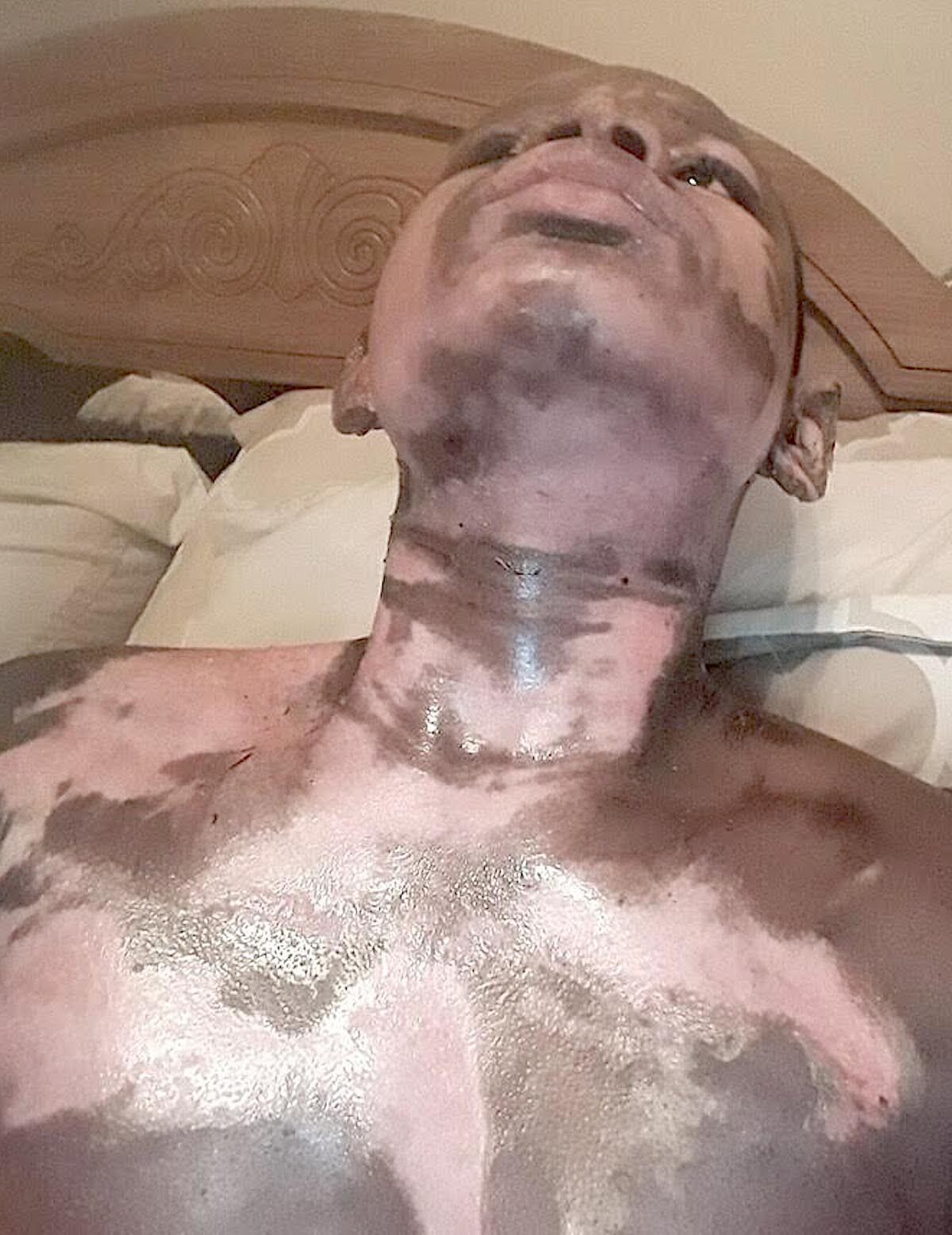 Uriaus Young resting at home with scars all over his upper body. (Photo submitted)

Uriaus Young in the hospital after being burned. His mother Monique Terrell shared the photos to serve as a warning to others about how internet pranks can go awry.

Uriaus Young resting at home with scars all over his upper body. (Photo submitted)

One teenager is headed to prison and another is permanently scarred after a so-called “prank” for the internet went horribly wrong.

Jadarius Gillum, 18, of Laurel was ordered to serve 10 years in the full-time custody of the Mississippi Department of Corrections after pleading guilty to aggravated assault in the burning and disfigurement of then-13-year-old Uriaus Young’s face, neck and upper body.

“It was just a prank,” Gillum said during his plea agreement in Jones County Circuit Court, adding that Young was “like his little brother.”

Judge Dal Williamson, obviously disturbed after looking at the photos of the victim in the hospital, said, “This was not a prank. (Young) will have to live with being disfigured for the rest of his life. Every time this young man looks in the mirror, he will be taken back to the day this horrible thing happened to him. I hope you never forget what you did, Mr. Gillum.”

Prosecutor Dennis Bisnette told the court that the burning was done to post on TikTok, Instagram, YouTube or some other social-media platform because it was a “prank that was going around,” in which an unsuspecting person gets rubbing alcohol smeared on his face and the perpetrator sets it on fire. The result is usually a quick blast of fire that burns the alcohol, not the person. But in this case, the flames lingered and Gillum used a shirt to try to put out the fire on the face of the unsuspecting victim, who had been asleep.

“The polyester melted to his face and just made things worse,” Bisnette said.

Monique Terrell will never forget that day in July 2019 when her son came into their apartment, next door from where he was burned in a residence on 13th Avenue.

“I was in the shower … he knocked on the door and his skin was dripping on the floor,” she said. “I wanted to kill somebody. I had a baseball bat ready to go find them.”

Her son wound up at Merit Health Wesley Medical Center in Hattiesburg for treatment of second-degree burns to his face, neck and upper body.

Terrell signed an affidavit saying that she agreed with the terms of the plea agreement and she got assistance from victim’s advocate Deborah Warren of the Jones County District Attorney’s Office. Terrell said she understands that Gillum is a friend of her son’s who had never been in trouble with the law, but he needed to be punished, she said.

“I want him to think about what he did to my son,” she said. “He could’ve died, and then he’d be facing a murder charge.”

Terrell shared the photos of her son that were taken in the hospital to serve as a warning for what can happen in a split-second if people don’t think about the consequences of their actions.

“It’s just a stupid act that resulted in someone being scarred and someone going to prison,” Bisnette said. “There was no malicious intent, but you’re responsible for your actions.”

Laurel police investigated the case and Gillum was initially charged with aggravated assault and mayhem. If convicted of both, he could’ve served up to 27 years in prison. The mayhem charge was dropped as part of the plea agreement that was worked out by his public defender Cruz Gray and Bisnette. In addition to the prison time, Gillum will have to spend five years on post-release supervision under MDOC, participate in the court’s community service program and pay court fees and fines of $1,927.50. No restitution was due because Medicaid paid the medical expenses, according to court records.

“I have said it many times that one quick, bad decision can affect people for years to come,” Chief Tommy Cox of the LPD said. “It is a double tragedy for something as dumb as an internet challenge to affect two families in such a way. This is just another example that social media may be the worst thing to ever happen to this country.”

Terrell said that her son’s skin “came back better than expected,” but he still has scars. He is back in school in Laurel as a freshman and Gillum was a senior.

“No one ever came to apologize,” she said of Gillum and his parents.

“People need to think twice before they do anything like this,” she said.