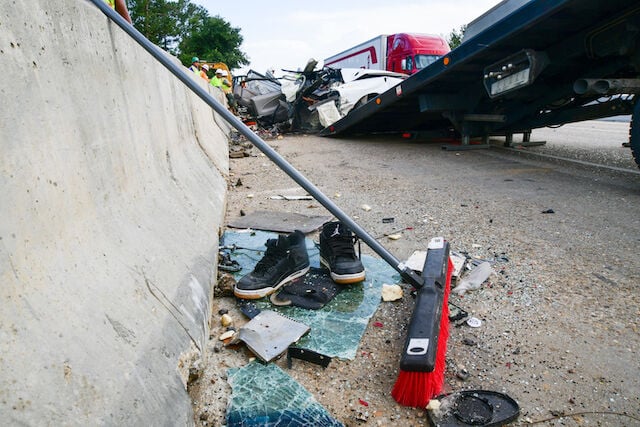 A pair of shoes sit off to the side, as emergency crews cleared debris from the scene. (Photo by Jack Hammett) 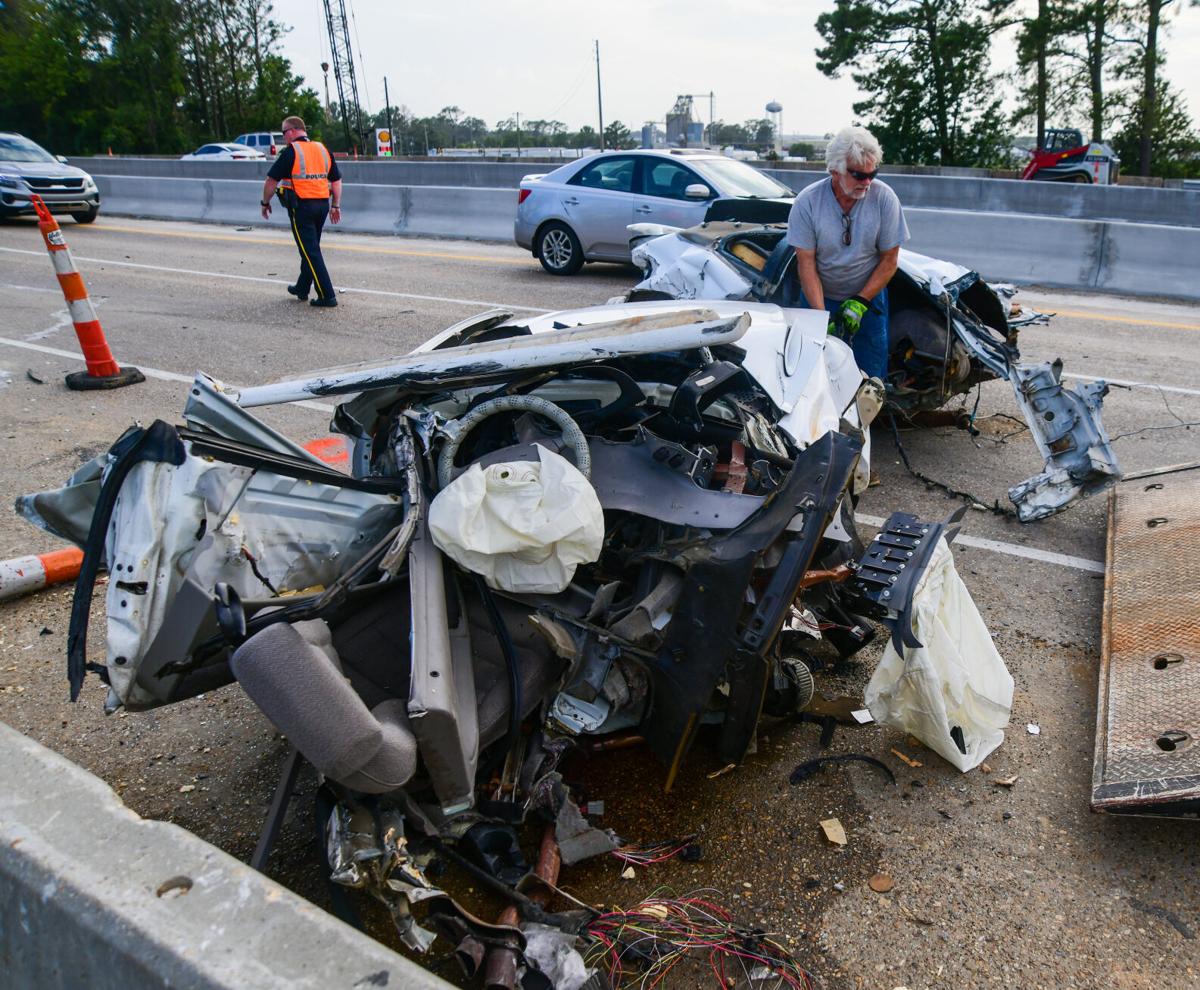 A pair of shoes sit off to the side, as emergency crews cleared debris from the scene. (Photo by Jack Hammett)

An 18-year-old Paulding resident died Thursday after his car was cut in half after he reportedly crashed into construction machinery on Interstate 59 near the South Laurel exit.

At about 4:20 p.m., Daonte Trotter Jr. was merging from the northbound exit 93 on-ramp in a white Ford Mustang when his car struck a piece of construction equipment, police said. It’s unclear how the car came to rest in two halves. Some of the teen’s belongings were scattered in the roadway as emergency crews cleared debris. He was pronounced dead at the scene by Coroner Burl Hall.

It was believed that Trotter had just finished his first day of work at Howard Industries, officials said.

“In my 24 years doing this, I’ve never seen a wreck this bad,” said Laurel police Lt. Michael Reaves, who was at the scene.

Multiple other crashes, including a pileup, have recently occurred around the construction areas near Ellisville. Traffic in those areas, from South Laurel through Ellisville, are often slowed, condensed or rerouted from the interstate. Laurel Police Chief Tommy Cox is urging drivers to drive more slowly in those areas, as it could save a life.

“We feel for the young man’s family and for those who witnessed the accident,” he said. “To have road improvements, with contractors out there, we need to be careful in these work zones.”

Officers at the scene said speed was believed to be a factor. Cox advises that construction workers in the area are particularly at risk.

“Slow down, because that couple of extra minutes you spend saving yourself is (worth not hitting) a person,” he said. “A car versus a person is not a forgiving thing.”

Trotter lived with his mother.

On Facebook, Trotter’s sister Ke'Ashia S McCray-Sansom posted, “Rest up Daonte Trotter I will always love you brother.Keep my family in your prayers pls!!”