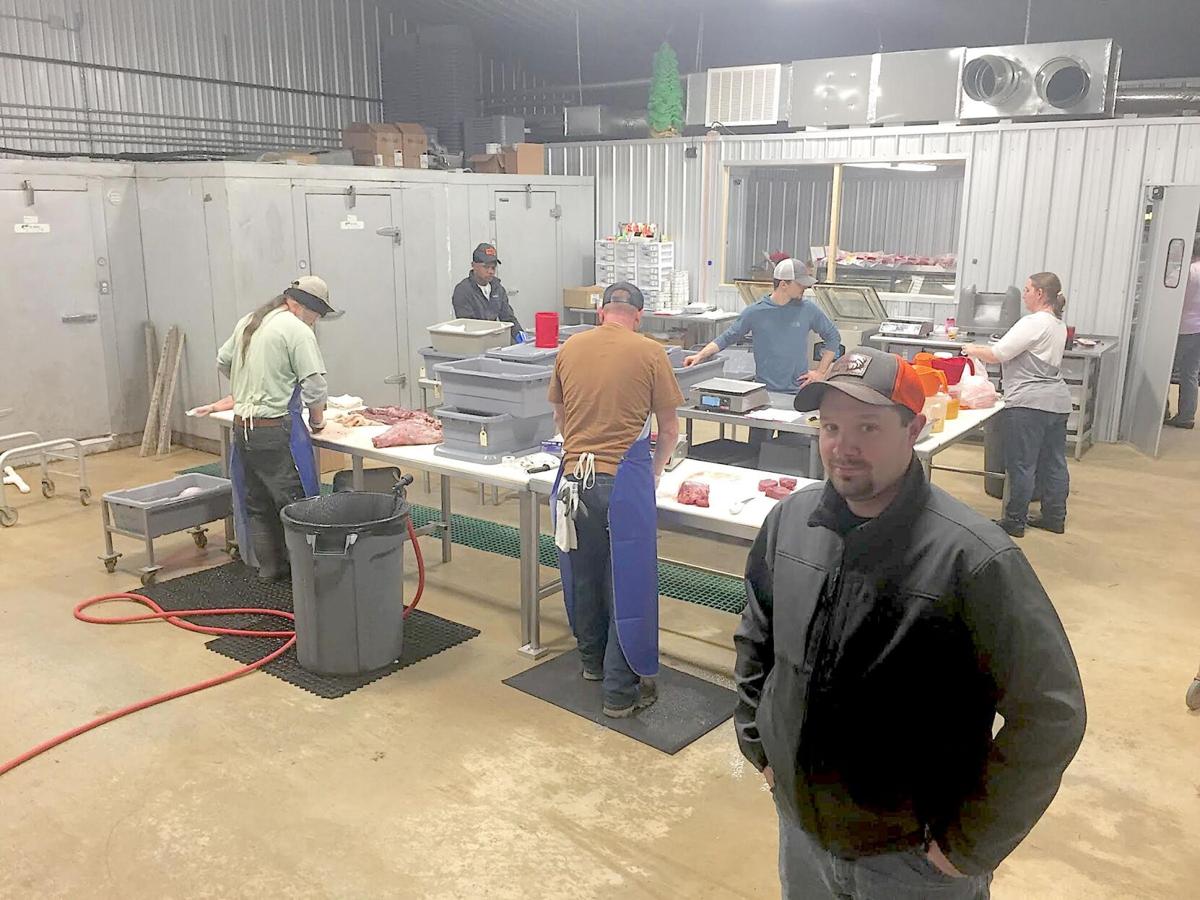 Andrew Phillips and his crew have been busy processing meat at the Meat Hook. (Photos by Mark Thornton) 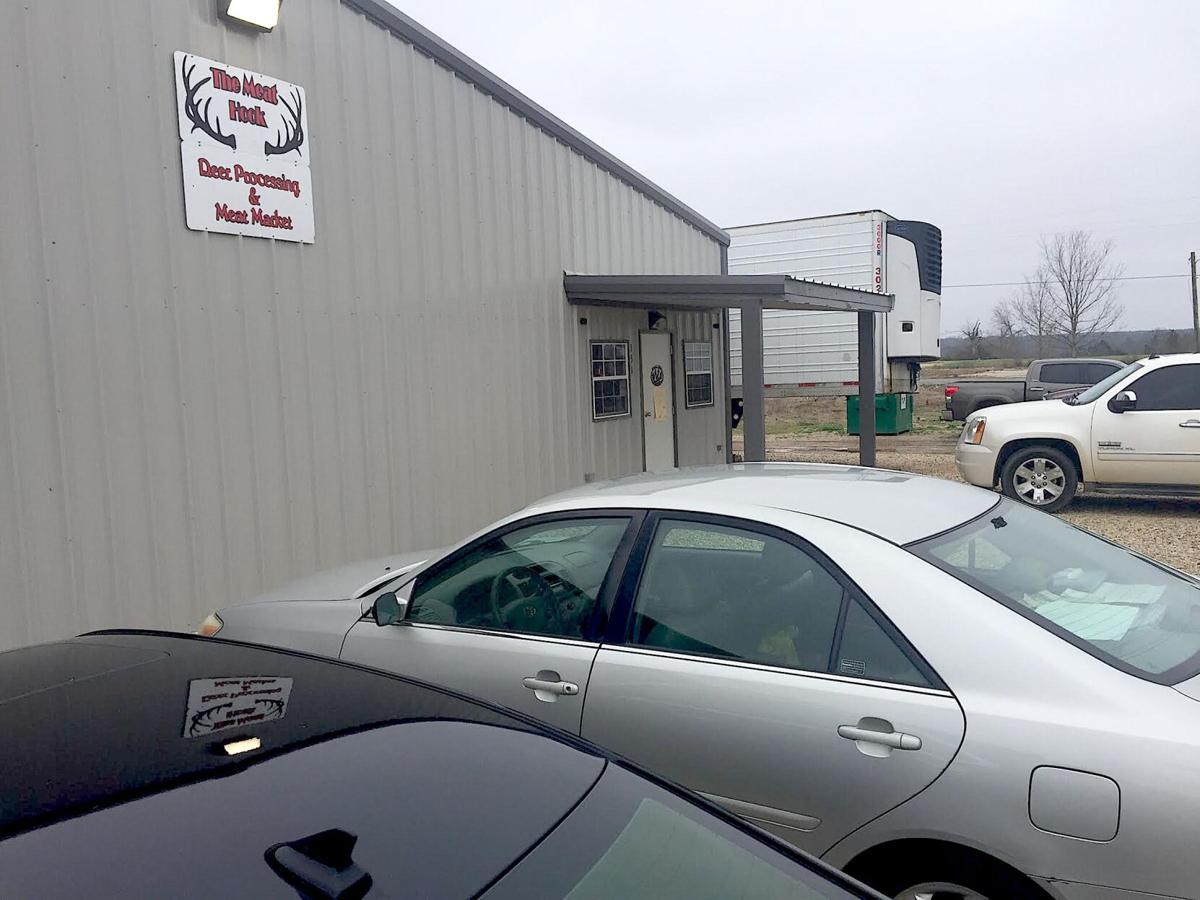 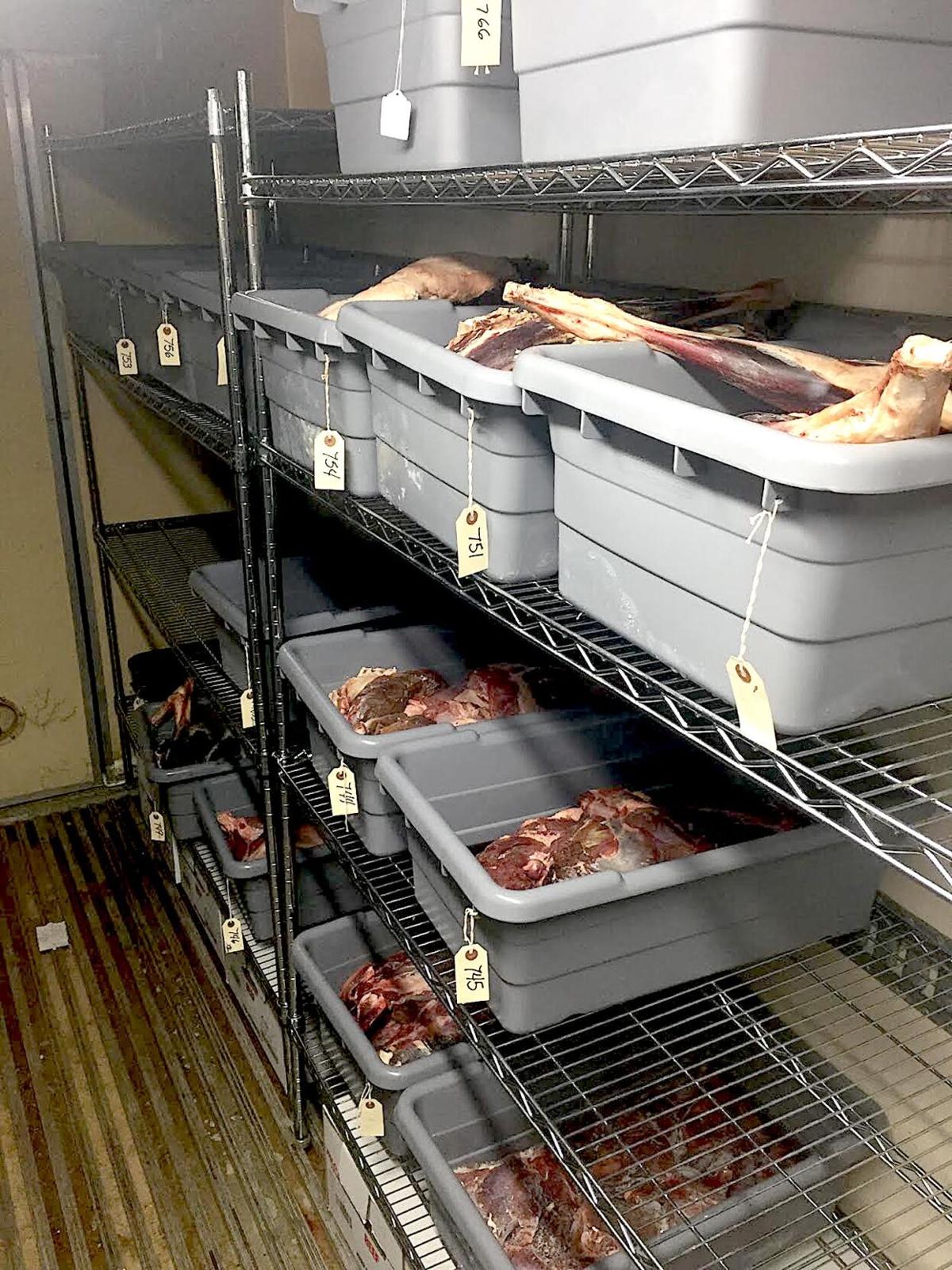 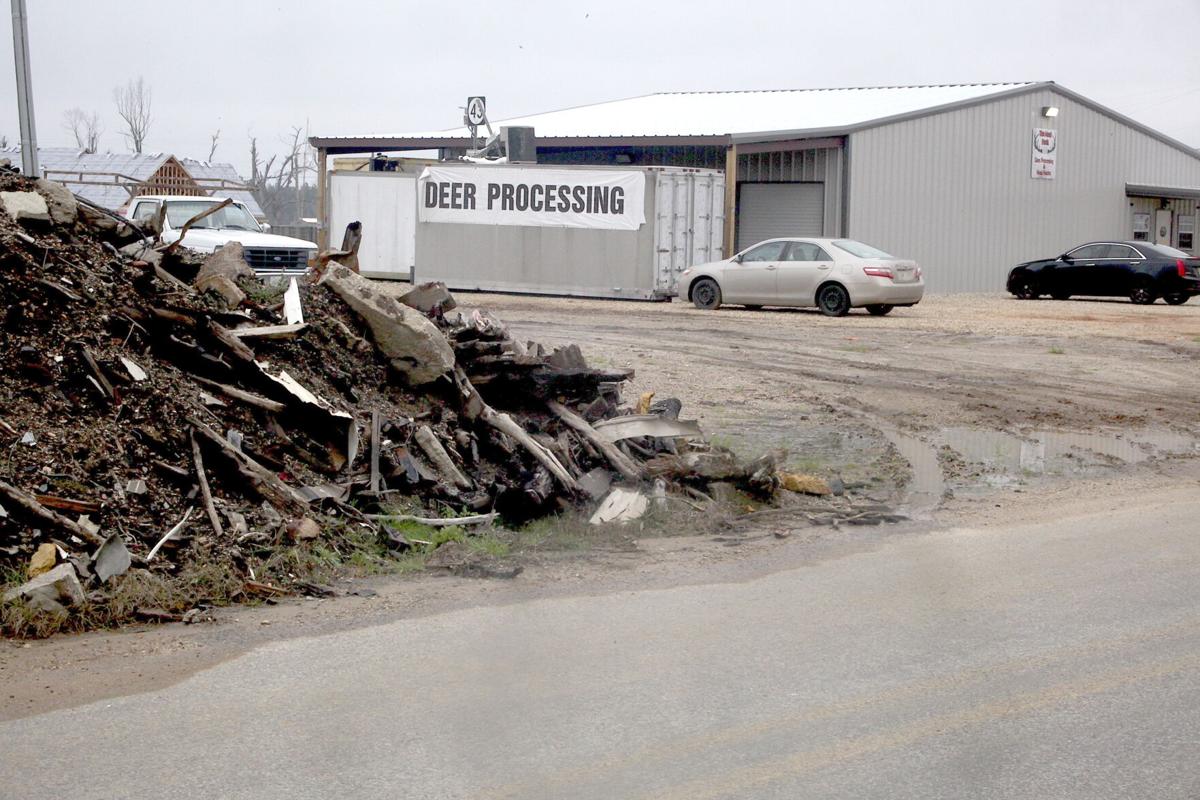 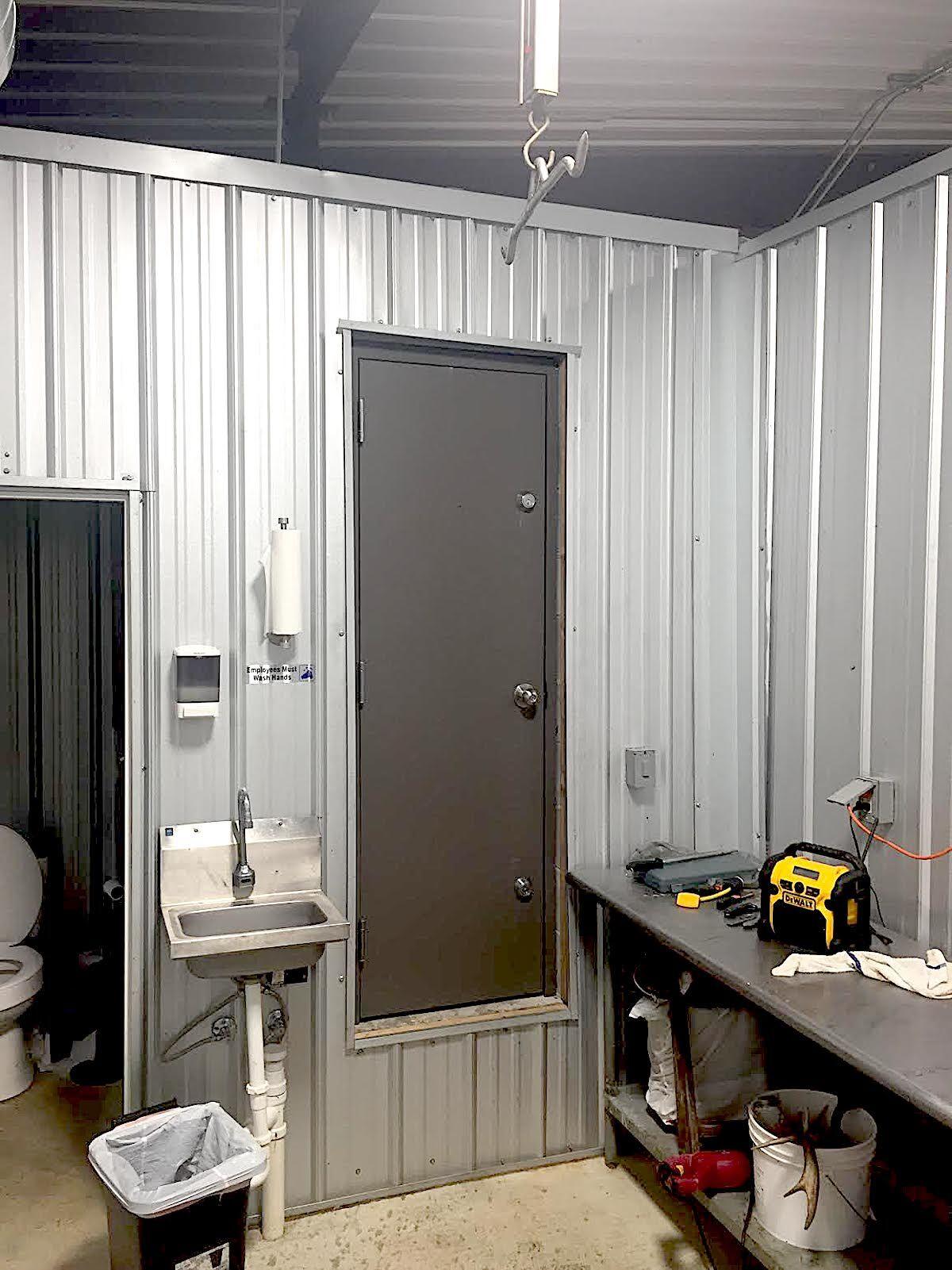 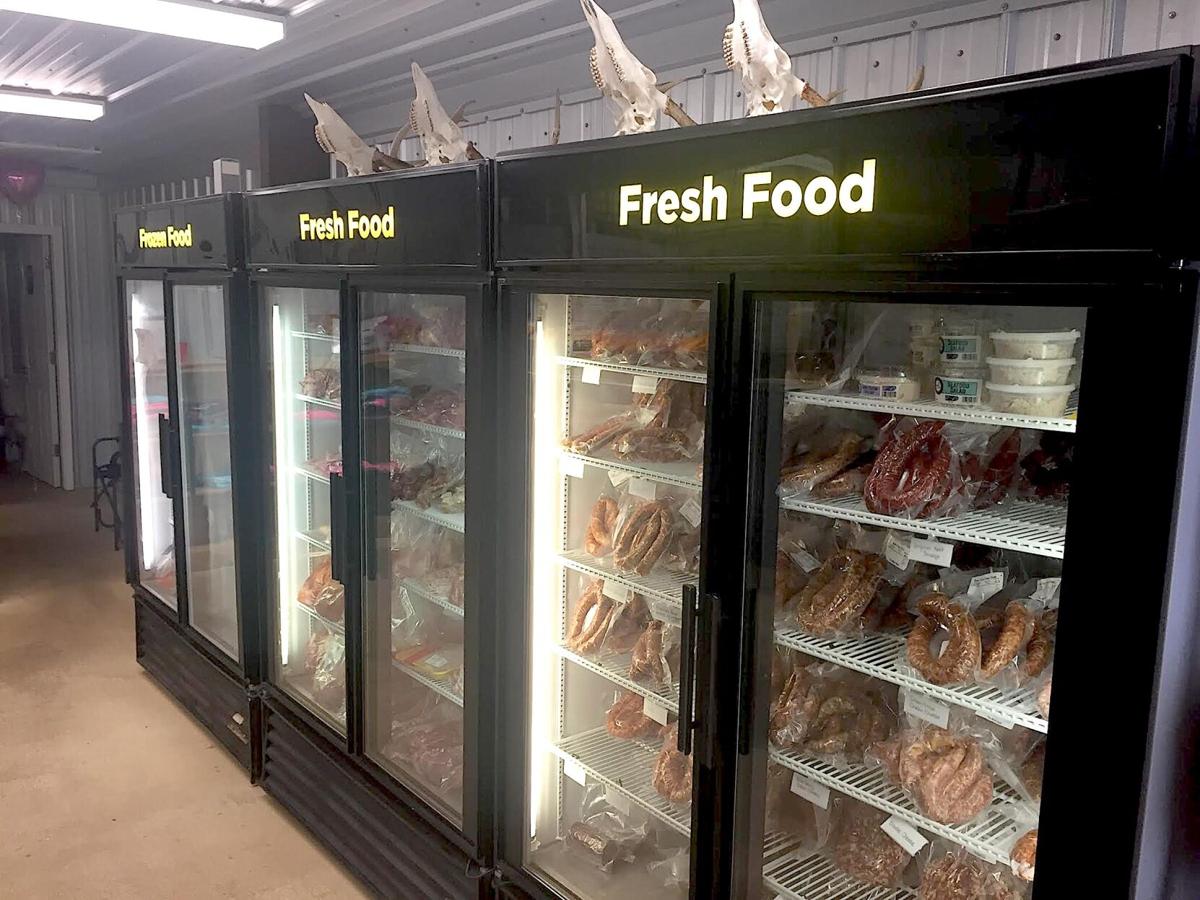 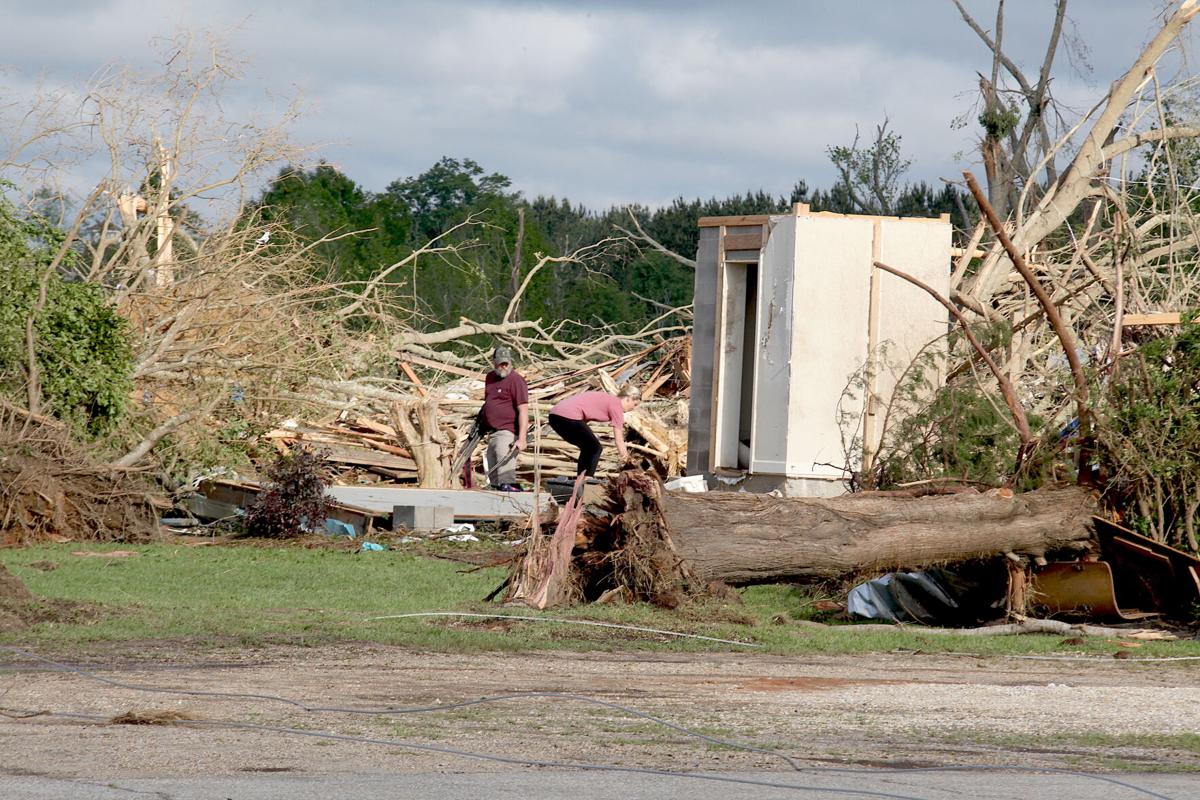 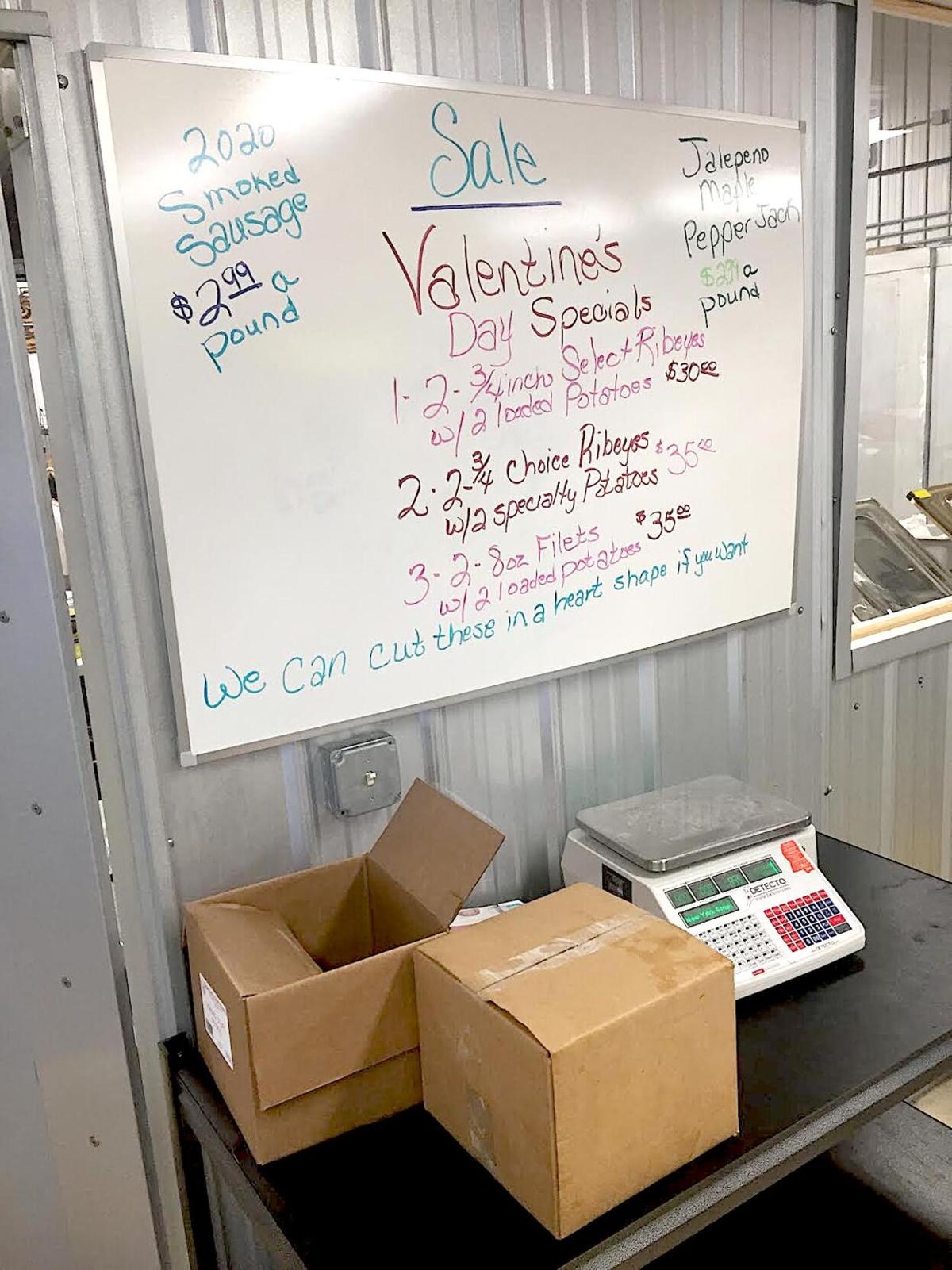 Andrew Phillips and his crew have been busy processing meat at the Meat Hook. (Photos by Mark Thornton)

Moss business back months ahead of schedule, boosts devastated community

First, people lined up with their deer, then they lined up for their dears. It just depends on whether the quarry was struck with an arrow from a bowhunter or Cupid.

Business has been booming at The Meat Hook as a bountiful hunting season came to an end and Valentine’s Day customers came to get special cuts of beef for their special someone.

No, this isn’t your traditional meat processor and butcher. Owner Andrew Phillips was offering to cut steaks into a heart shape for customers this weekend. Those slabs of meat mean more to him and Moss than most after his building was demolished to a slab in the spring.

His heart was in his work before a massive F4 tornado took out his “dream business” last Easter, but it has risen from the dead, way ahead of expectations, and is the life blood of its devastated community.

“Honestly, I thought it would take a year,” Phillips said as a steady flow of customers came through the doors on a recent weekend while a half-dozen workers processed venison in the next room.

For meat processors, deer season is like tax-preparation time is for accountants — it’s when they do the bulk of the business that carries them through the rest of the year. It didn’t seem possible that The Meat Hook could be back in operation by October, when archers begin to hit the woods for whitetails. After all, there was no sign of a structure on what remained of the foundation of the building after the April 12 disaster. Only the safe room in which his family took refuge from the storm that killed a nearby resident and injured dozens remained.

“The day after, we had boots on the ground,” Phillips said. “Deer season was coming. I knew we needed to be up and running … and my friends and family came through.”

On Sept. 20 — a little more than five months after the historic twister struck — The Meat Hook reopened, and it was grand for the Phillips family and the community. It showed the resilience of the people in the Jasper County community just north of the Jones County line and gave hope to others who’d lost everything.

This was the assessment of Jasper County Emergency Management Agency Director Mike Lucas right after the storm: “It’s the worst one I’ve seen in the county. It’s total devastation. It’s like Moss was wiped off the map. Only a few houses survived.”

A steel frame has been erected as the church across the street is being rebuilt and there’s a steady whir of saws on the roof of a large house just behind Phillips’ business. Inside, there are friendly greetings for familiar faces and strangers checking out the coolers of ribeyes, filet mignons, sausage and special sides ranging from crab-covered potatoes to stuffed mushrooms.

The 2,400-square-foot facility wasn’t big enough to store all of the deer he received this season. Two refrigerated 18-wheeler trailers and another smaller trailer are packed with customers’ kills that they are working day and night to get processed.

Phillips’ first year in business, he packaged 1,100 deer. The next year, he more than doubled that with 2,500. And in this year of rebuilding, business doubled again.

The secret to the business’ success is simple, he said: “I treat my customers like I want to be treated. If a customer asks for something, we get it in.”

Hunters who bring in a field-dressed deer can expect to pay about $150 to get their meat butchered and packaged. It’s about $200 to handle fresh kills that still have to be dressed out. In the skinning room is a door that leads to the safe room that saved his family. The business is built around it.

He and his wife Amber and their two children were in the J&L Stone Supply-constructed safe room of the home they’d moved into a few weeks before the tornado. A photo of it standing among the devastation and their story made national news.

The Phillips family counted their blessings, but they were soon blessing others by cooking and doing whatever they could to help.

“I lost everything, so I had nothing I could do but help other people,” said Phillips, who cooked donated food for his community and again for Sharon after that community was hit with a twister 11 days later. “It’s just my nature to help others in need … that’s why my wife and I are volunteer firefighters — to help the community.”

Phillips worked at Kroger in Laurel for almost eight years, and he finally followed his dream of opening his own business. The Meat Hook opened its doors in October 2018. Business was “just taking off” before it was taken down by the tornado,” he said.

But now that it’s back, he has the regulars from the community, as well as regular customers from Jones, Wayne and Clarke counties and a few from as far away as the Mobile area and West Point. During deer season and immediately after, he employs 12 to 14 people ranging in age from 17 to 65, he said.

“It’s a lot of work,” Phillips said, but he wasn’t complaining. “We’re blessed.”