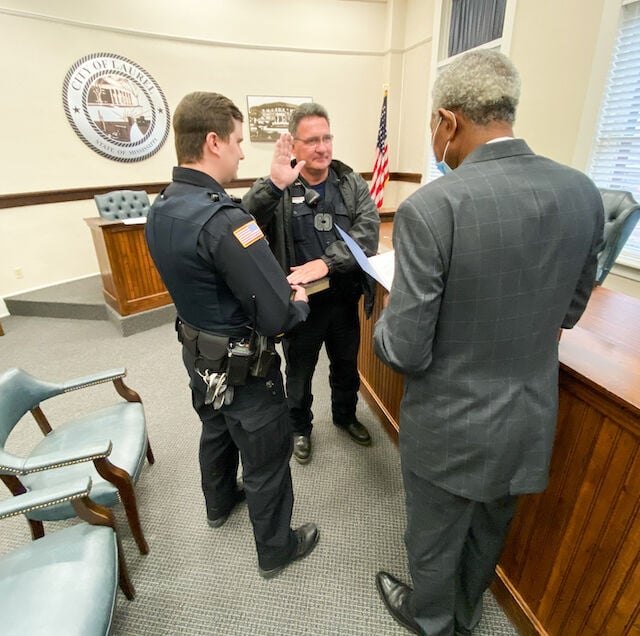 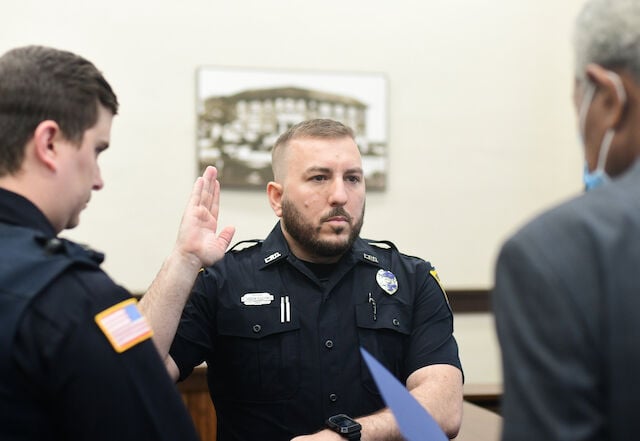 Justin Clifton, center, is sworn in. 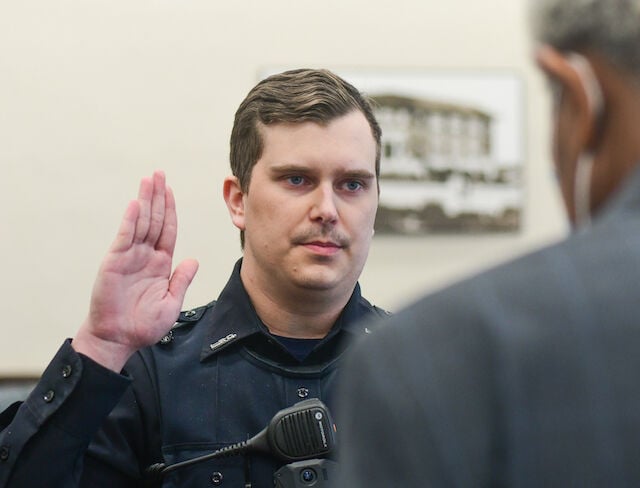 Officer William Hemby is sworn in by Mayor Johnny Magee.

Justin Clifton, center, is sworn in.

Officer William Hemby is sworn in by Mayor Johnny Magee.

The Laurel Police Department swore in three new officers Friday as part of its ongoing effort to fill vacancies made last year.

“When you get guys that have been out there and already been trained, for the most part, it’s just a plus for the department,” Cox said.

Cox is putting the word out for new applicants at the department. This year, the city will be changing initial testing by having tests at more regular intervals — roughly once per quarter, or four times per year. This will give the department a running list of applicants, Cox said. Before, the test was given only one or two times each year, meaning applicants would often have to wait several months before stepping foot into a training academy. The next test is Feb. 6, and the due date for applications is Feb. 3.

“My hope is that we’ll have a larger pool of applicants to pull from,” Cox said. “There will be another test in April. The fire department is doing the same, and they’ll be giving tests on the same days.”

The process begins with this initial test, the Civil Service Exam. It’s more of an aptitude test, Cox said, so there’s not much studying to be done. Applicants will undergo physical testing and an interview.

Newly hired candidates will then be given a chance to have a leg up when they enter the police academy at Camp Shelby. The LPD provides a pre-academy training program that gives recruits all the tools they need to graduate before their education begins.

“We know they can pass when they show up and walk through the door,” Cox said. “When I went to the academy, I didn’t have the benefit of this type of training, and I struggled.”

“We want to give them what they need to graduate the academy,” Cox said.