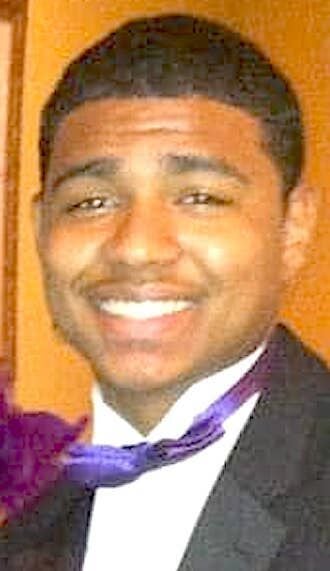 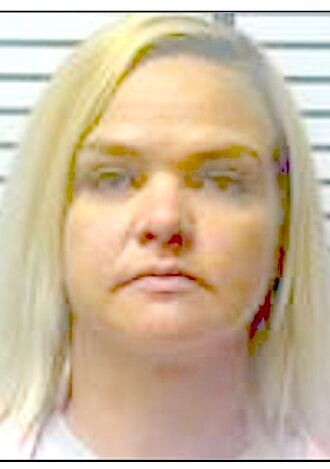 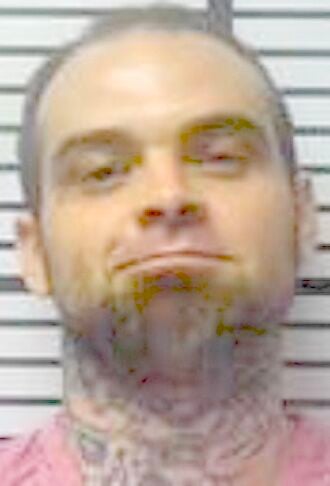 A Jones County couple is going to prison for their roles in the shooting and killing of a young father at a Laurel motel a year ago.

Steven R. Thornton Jr., 32, was ordered to serve a total of 20 years in the full-time custody of the Mississippi Department of Corrections after pleading guilty in Jones County Circuit Court to manslaughter and possession of a weapon by a convicted felon.

His girlfriend Amanda Landrum, 32, was ordered to serve eight years in MDOC custody after pleading guilty to accessory after the fact.

Thornton was charged with murder in the September 2020 shooting of 23-year-old Taheim L. Quinn of Soso at the Budget Inn on Ellisville Boulevard in Laurel. He was found suffering from a single shot to the chest in a room in the motel just before midnight on Sept. 28, then transported by EMServ Ambulance to South Central Regional Medical Center, where he was later pronounced dead.

The two were arrested the next afternoon at a residence in south Jones County. They were developed as suspects and captured as a result of work between the Laurel Police Department and the Jones County Sheriff’s Department, Chief Tommy Cox and Sheriff Joe Berlin said at the time.

Law enforcement officials found a large amount of methamphetamine in the residence where Thornton and Landrum were taken into custody.

Thornton and Quinn had a history of arguments, prosecutor Katie Sumrall said, and there were “several neutral witnesses” prepared to testify to that, if the case went to trial.

The two had reportedly argued about a woman and drugs. Thornton and Landrum were in a room at the motel that night when Quinn knocked on the door and the two men got into an argument, Sumrall said.

In the course of the confrontation, Quinn reached toward his hip and Thornton thought he was reaching for a gun, so he pulled his own handgun and shot him in the chest. That’s what Thornton told investigators and there were no witnesses or evidence to refute his claim of self-defense, Sumrall said, so it would have been a tough case to take to trial.

The gun used in the crime was not recovered because Thornton sold it to buy meth, Sumrall said. Landrum was charged because she fled with Thornton knowing he had just shot someone without reporting it and she assisted him in avoiding capture, Sumrall said.

Four of the victim’s family members — father and mother Ben and Lisa Quinn, aunt Keisha Quinn and grandmother Betina Knox — spoke to the court on behalf of their loved one and expressed sadness about gun violence. They also thanked law enforcement and the District Attorney’s Office for their work on the case.

They signed affidavits saying they agreed with the sentence. The victim played football at West Jones and was the father of three — sons Brayden and Rylee and a daughter Laycee Grace, who passed away two years earlier.

Quinn’s mother said he was “very compassionate” and remembered how he “loved to make people laugh.” But the day he was killed was the saddest day of her life, she said.

Thornton’s was sentenced to 15 years for manslaughter and five years for being a felon in possession of a firearm. The sentences will run consecutively, meaning he was ordered to serve a total of 20 years. He was also ordered to spend five years of post-release supervision under MDOC after his release and to pay a total of $8,997.50 in fees.

That amount includes $6,500 in restitution to the Attorney General’s Office’s Victims’ Compensation Fund for Quinn and $70 for Knox. Thornton was convicted of felony malicious mischief in 2018, so he wasn’t allowed to have a gun. He pleaded guilty to doing thousands of dollars’ worth of damage to Beverly Thornton’s 2007 Toyota Camry and was initially accepted into the drug court program, but he was dismissed in December 2018 after leaving the rehab program he was in, Mercy House in Georgetown.

Thornton testified at the time that he left because he was not allowed to take medication he had been prescribed for “night terrors” that were the result of his service in the U.S. Army.

Judge Dal Williamson sent him to prison for the three years that had been suspended from his original sentence and ordered him to undergo MDOC’s long-term alcohol and drug treatment. Landrum was ordered to spend four years on post-release supervision after her release and pay $1,677 in fees.

It was the first murder case for Sumrall since she was hired as Assistant District Attorney to replace her retired father, longtime prosecutor Dennis Bisnette.