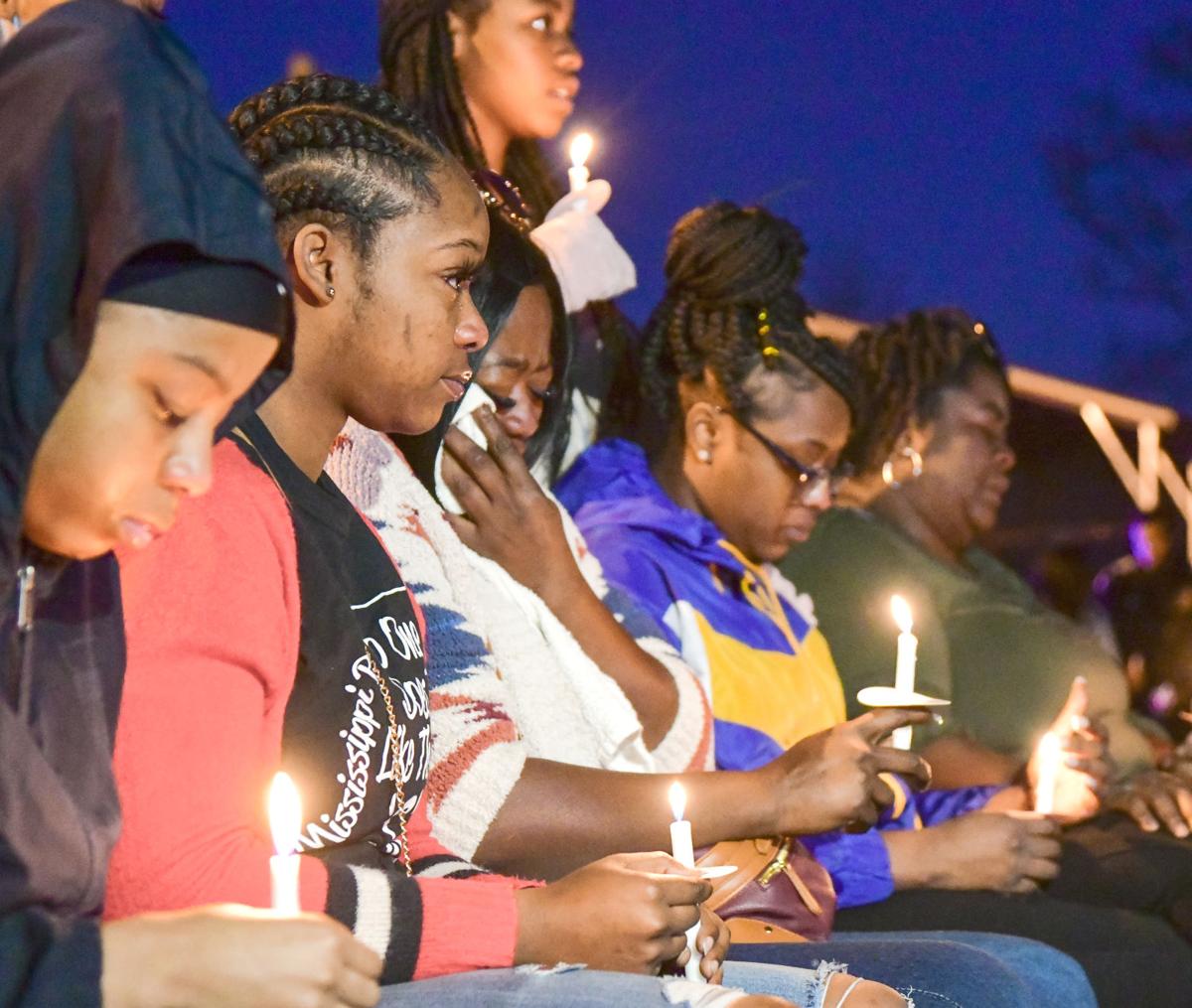 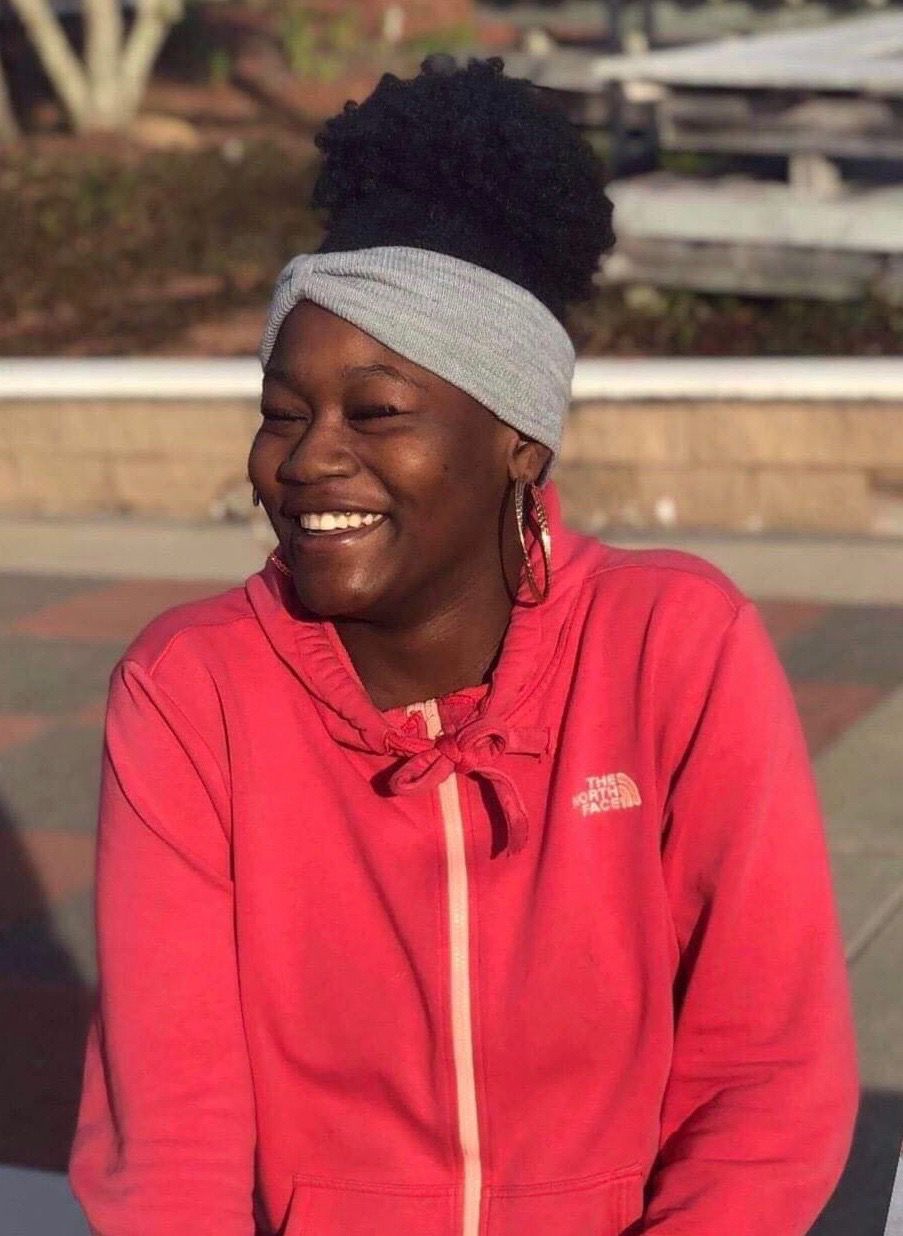 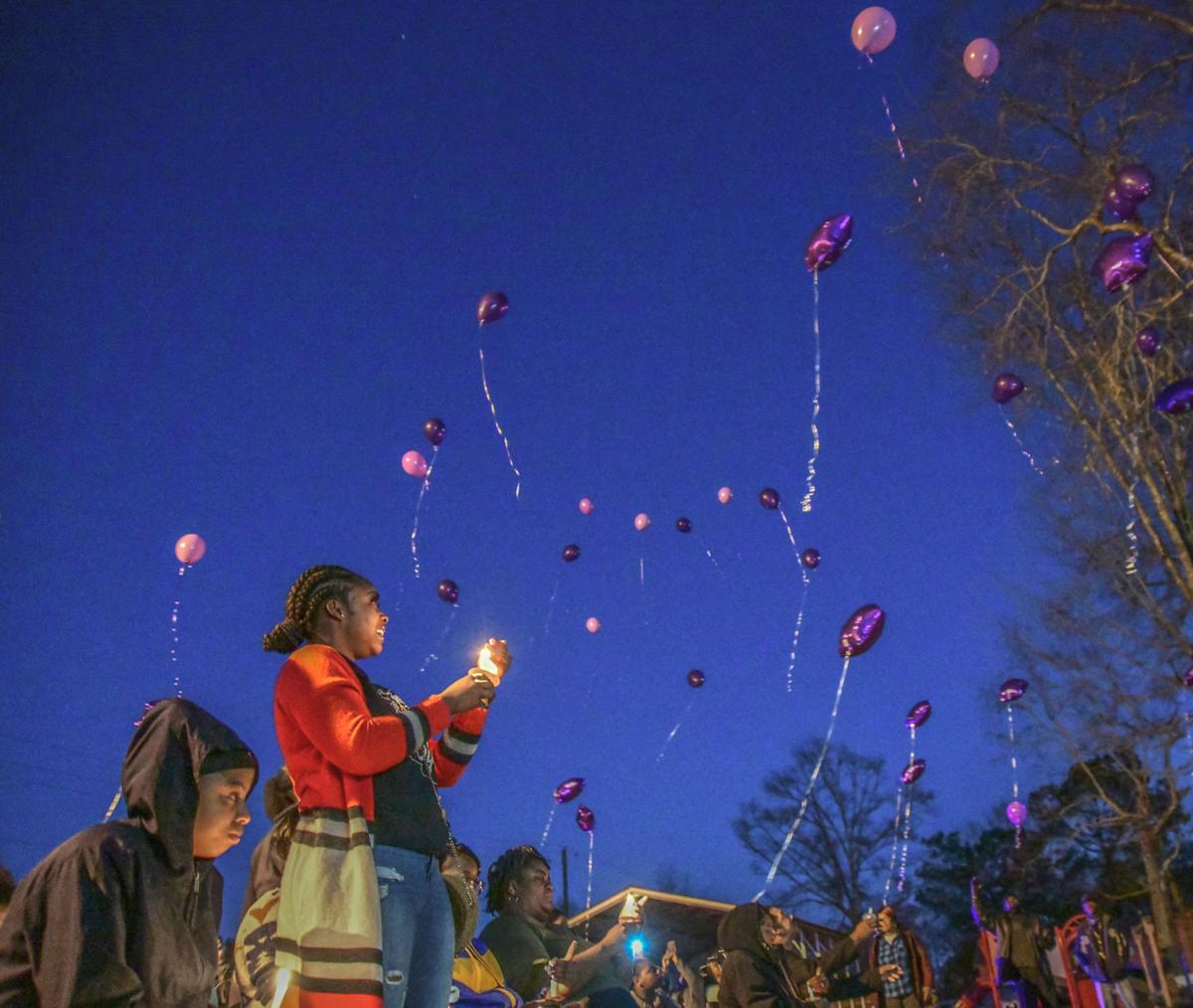 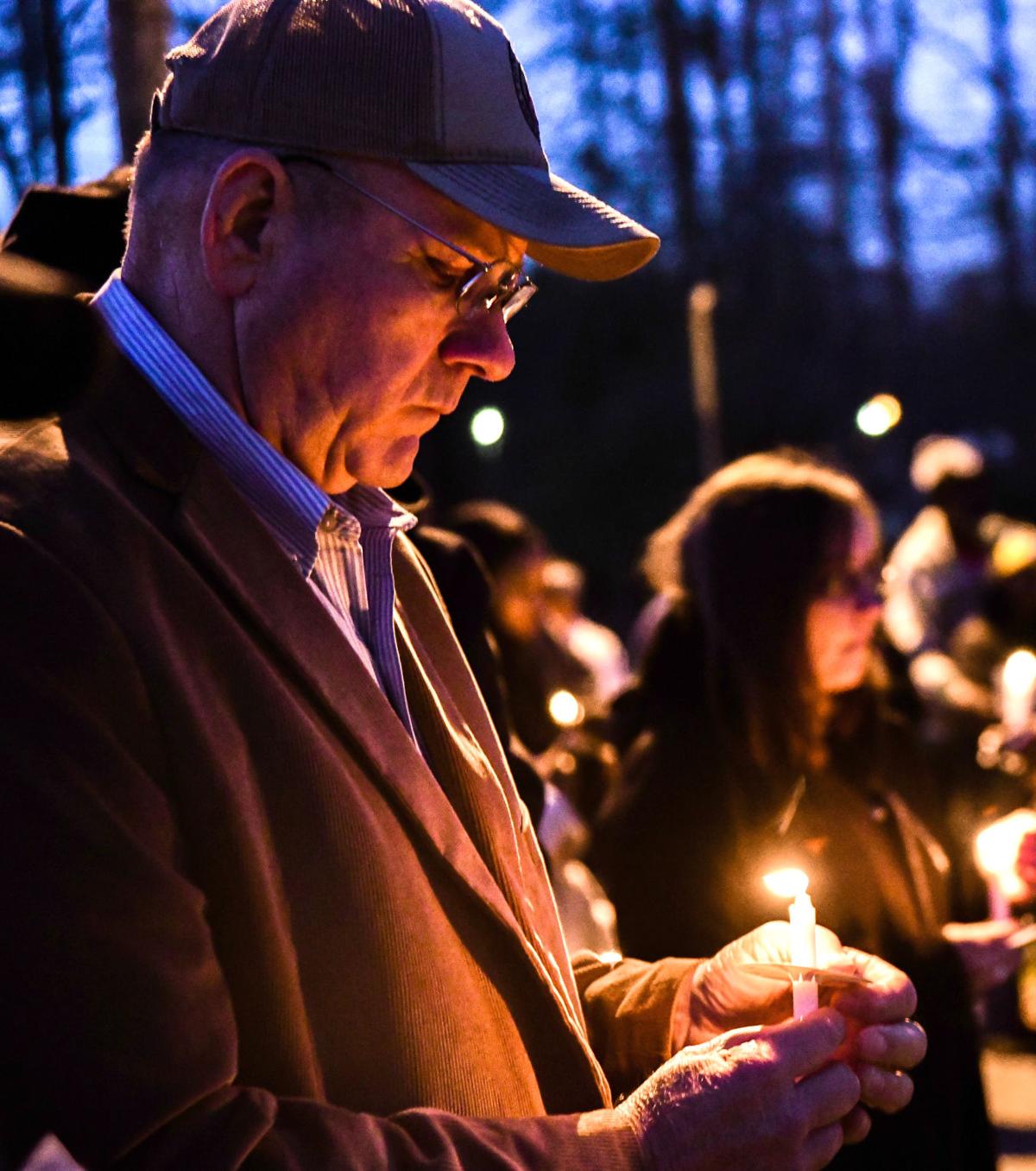 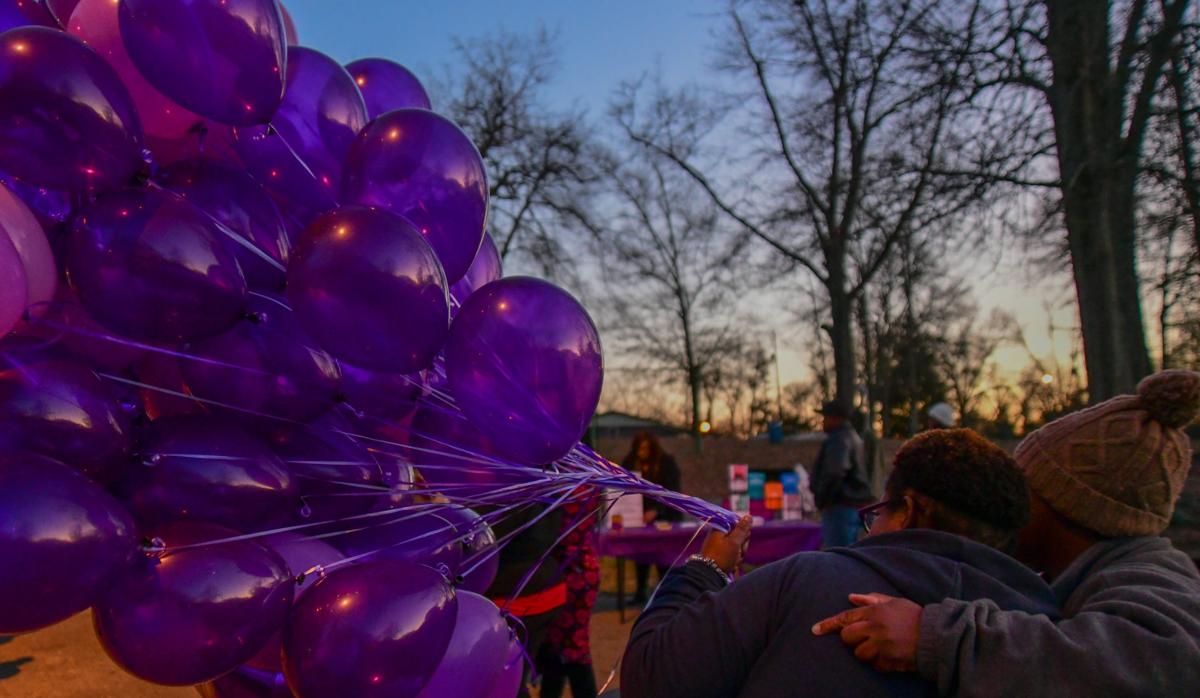 She’d sing anything requested — but her favorite song was “Rise Up” by Andra Day. She sang it all the time.

“When the silence isn’t quiet

And it feels like it’s getting hard to breathe

But I promise we’ll take the world to its feet

We’ll take it to its feet

Shealbie “Coco” Ruffin, 17, of Ellisville died at Forrest General Hospital Jan. 15. She’d been shot in the head north of Mount Olive on Highway 49 the previous night at 10:23. As the Mississippi Bureau of Investigation looks into the shooting, the circumstances of the South Jones High School student’s death remain unclear.

On Friday, members of the Ellisville community gathered at Dubose Street Park for a vigil.

“We need to come together and try to eradicate (violent) problems,” state Rep. Donnie Scoggin of Ellisville told attendees. “We’ve got 50 to 75 people here, and that’s 150 eyes. And there’s so many times that you hear that sidewalk talk, you hear what’s going on, and we can put a stop to it early.”

“Our community — I consider Ellisville our community, because it’s about all of us — we’re fortunate in the sense that when you look at other areas around us, they have it a lot worse, no doubt,” he said. “It’s so much easier to prevent this stuff from happening than it is to try to do something about it when it gets there.”

“One of the worst decisions we ever made was to separate church from state,” said Ellisville police Chief Bruce Russell, passionately addressing the crowd Friday. “We don’t pray at church, we don’t pray at work, so we stop praying at home.”

At the end of the vigil, Lane played “Rise Up” over the speakers. Purple balloons drifted upward, crowding the dusky sky.

When she was alive, Coco believed she’d rise above anything.

“In church as a young girl, she’d come from a religious background,” Lane said, speaking for Coco’s grieving family. “Everyone in that church was accepting of everyone else. She got along with everyone well. She loved family. She would do whatever she could for them. It didn’t matter what it was. She’d do it.”

She also helped where she could at Greater Bethlehem African Methodist Episcopal Church. She was part of the youth program, sang in the choir and helped babysit family members. She helped her Aunt Sabrina with event planning and her grandmother with the house.

Coco wasn’t the type to say no. She did her part with a smile.

“She was bubbly, jolly and had a funny sense of humor,” Lane said. “She kept you cracking up.”

One day before she was shot, Coco shared a Facebook post that read, “In 2020 I won’t be Bored, Broke, Bothered, Mad, Miserable, Stressed or Depressed.” She’d replied, “I refuse to be.”

Jalen Lindsey wrote on Jan. 17, “We will definitely miss her. A very short life, but due to her impact on the lives of others, she had a life well-lived through those lives she touched. Our prayers are continually with the family.”

Coco dreamed of earning her high school diploma and moving on to Alcorn State University.

“She wanted to live, to make something of herself,” Lane said. “That’s what her family told me.”

She’d been resilient, her family told Lane. She’d sought the fighter in herself.

“Those lyrics in ‘Rise Up,’ I listened to them again, because her family said she’d walk through the house singing that,” Lane said. “By the grace of God, we’ll get by one day at a time.”

Sources have alleged a suspect was taken into custody the day of the shooting. MBI hasn’t identified any suspects, but a person familiar with the matter said a domestic altercation potentially led to the incident. No information has been released by the MBI.

“I’m not going to try to blow smoke or put any mirrors up,” Russell said at the board meeting. “(Violence) is here. Our guys have done a wonderful job trying to put pressure on them and keep the problems hiding and running.”

Jones County just recently recognized January as Sanctity of Human Life Month on the steps on the Laurel-Jones County courthouse.

A celebration of life for Coco was Saturday at Greater Bethlehem AME Church.

Coco is the second woman to be shot dead in the Pine Belt this month. On Jan. 14, Jillian Bender of Laurel was killed in a murder-suicide in Smith County. She was found with her deceased killer, Andre Ulmer Jr. of Taylorsville, in a vehicle on County Road 8. A domestic altercation reportedly led to the incident.

Attempts to reach the MBI and Mississippi Highway Patrol were unsuccessful.