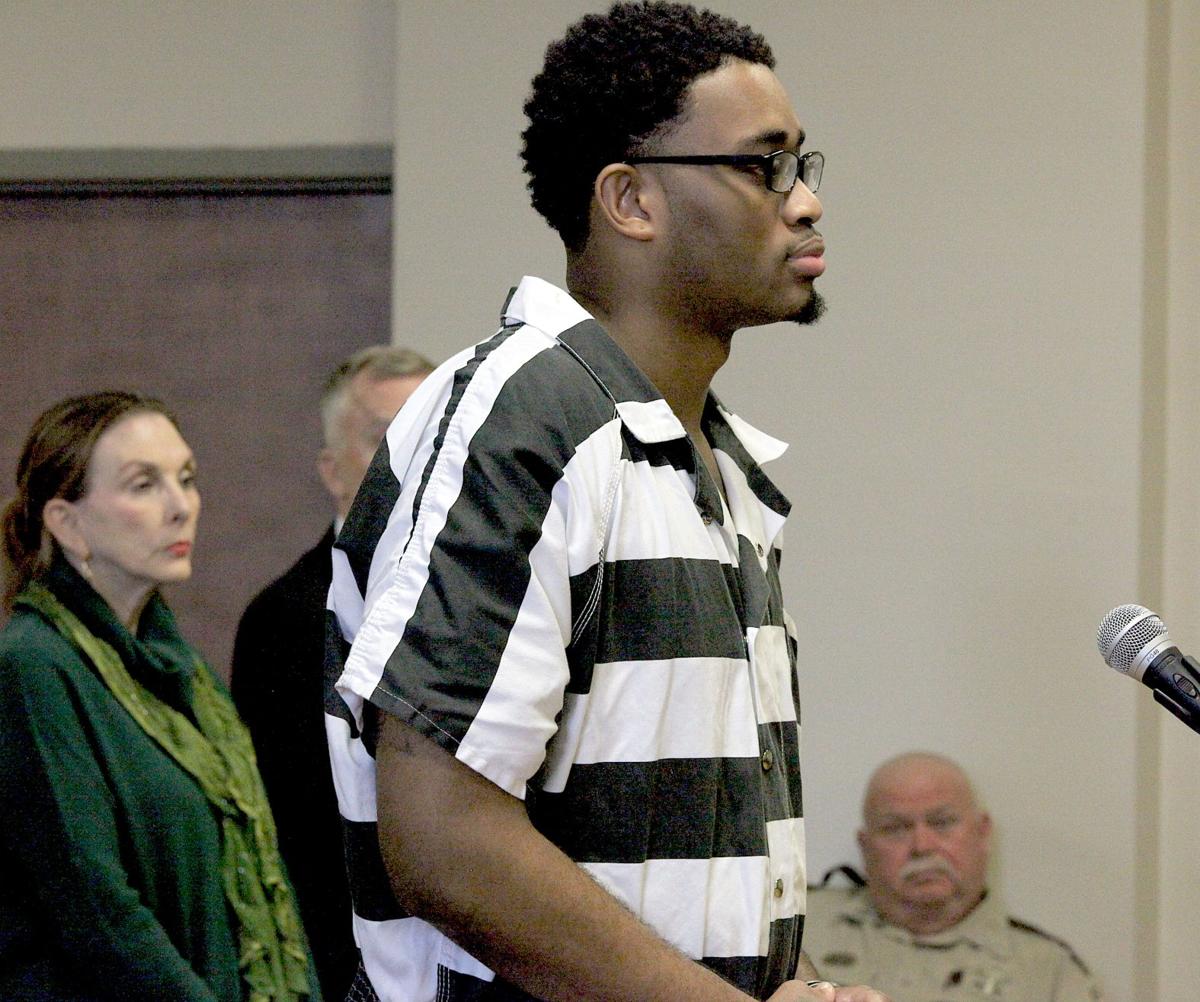 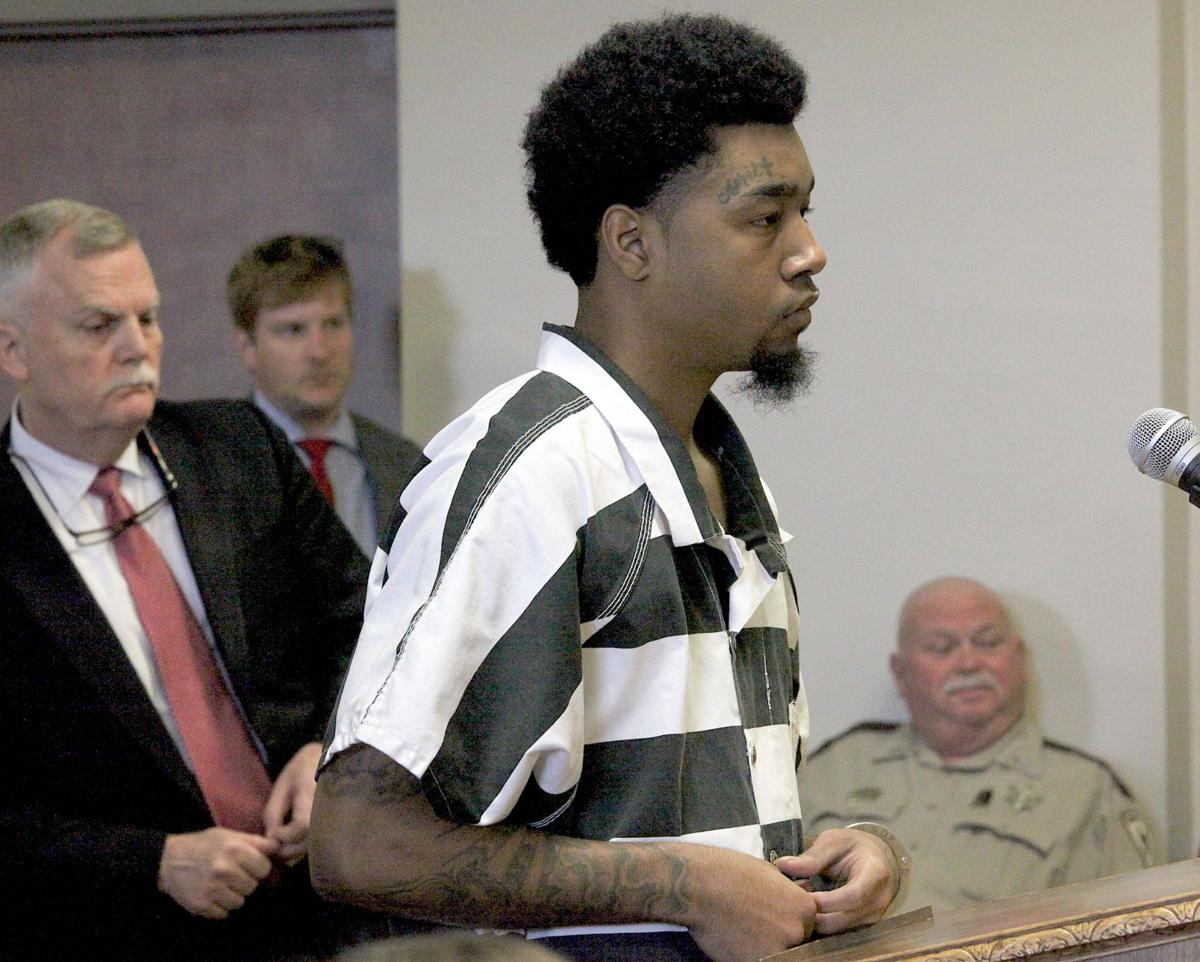 Two murder suspects appear before Jones County Circuit Court Judge Dal Williamson and were ordered to return on Feb. 25 as legal matters regarding their cases get resolved.

Justin Glenn, 24, is set to go to trial in April for capital murder, but he doesn’t have an attorney.

“My family’s still working on it,” Glenn told the judge.

Glenn was set to go to trial last September for the September 2017 shooting death of Carl Fair at Glenn’s ex-girlfriend’s residence at Westhill Apartments in Laurel. Vanessa Jones of Hattiesburg was his attorney then, but what was described as a “fatal flaw” in the wording of the indictment was discovered by law clerk Brett Pickle before a jury was seated, so the trial was delayed. If the error had been discovered after the jury was sworn in, the case could have been dismissed, said Assistant District Attorney Dennis Bisnette, who is prosecuting the case.

Bisnette later presented the case to another grand jury with the proper wording and Glenn was re-indicted for capital murder. The trial was set for April 6, but now he’s not sure if he has an attorney.

“(Jones) will need to withdraw if she’s not going to represent you,” Williamson told the defendant, noting that no notice of withdrawal had been filed.

He asked Glenn if his family had paid Jones.

Glenn told the judge that he has no money but his family hired Jones to represent him. Williamson said if he can’t afford an attorney, one would be appointed for him.

“I would likely oppose that on behalf of the public defenders’ office,” Jeannene Pacific said, pointing out that Glenn had the money to pay for an attorney before his first trial was scheduled.

“We’re still trying to come together,” Glenn said. “We don’t know how much we owe her.”

Williamson said he would check the court rules for representation in a capital case and reconvene next week to determine how to proceed.

In a separate case, 22-year-old Devonte Malik Boyd appeared before the judge seeking bond on a murder charge he was indicted for in September. Boyd is accused of shooting and killing 42-year-old George Hosey at his apartment on 11th Street, just off 1st Avenue, last July.

Boyd was arrested early last September and charged with aggravated assault and attempted armed robbery in a shooting that occurred on Queensburg Avenue in August. His bond for those cases was set at $125,000 by Laurel Municipal Court Judge Kyle Robertson.

While Boyd was in jail, investigators for the Laurel Police Department developed him as a suspect in Hosey’s deadly shooting, and he was charged with murder. Justice Court Judge Howell Beech denied bond for Boyd on that charge in September.

“His release would present a danger to the community,” Bisnette said last week in asking the judge to deny bond.

Williamson said Boyd would not be entitled to bond if he was already out on bond for another serious felony.

Family members of Boyd’s who did not identify themselves told the judge that he had been out on bond for simple assault, not murder, when he was charged with Hosey’s murder. They insisted that a person who is already in jail for armed robbery is being implicated in the first shooting incident Boyd was charged in.

“We had to scrape up the money from our church to get him out on the first charge, then he was re-arrested and charged with murder,” a family member said.

Bisnette told the judge he had just received the file the day before the court appearance.

“I just know he has three violent crimes he’s accused of,” Bisnette said.

Williamson said he has to consider the possible “danger to the community” when deciding whether to set bond for Boyd. Public defender Michael Mitchell was appointed to represent Boyd for a bond hearing that was set for next week.

The cases were heard in the county courtroom while jurors were deliberating in the circuit courtroom.