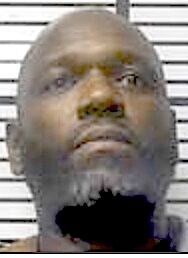 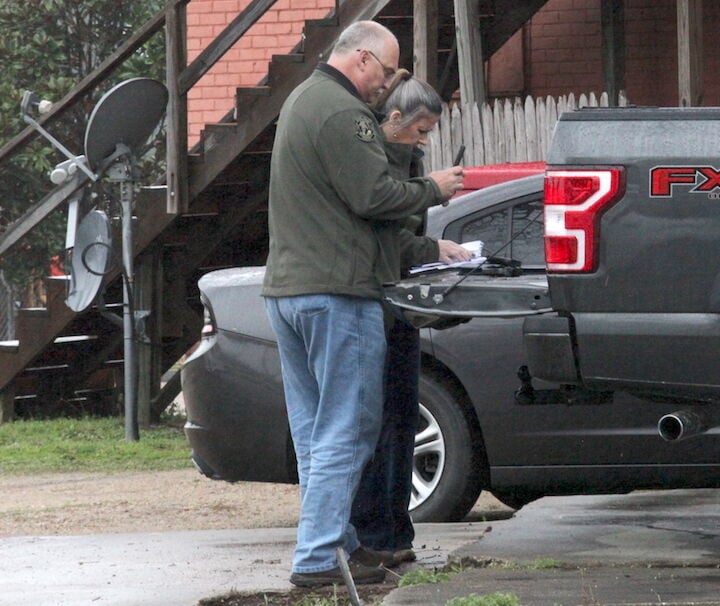 Investigator Layne Bounds and an unidentified investigator from the state Auditor’s office outside the business that’s owned by Beat 5 Supervisor Travares Comegys. (Photo by Mark Thornton)

Investigator Layne Bounds and an unidentified investigator from the state Auditor’s office outside the business that’s owned by Beat 5 Supervisor Travares Comegys. (Photo by Mark Thornton)

Comegys accused of using county-owned equipment for his business

A Jones County supervisor was charged with embezzlement, and a state official from Jones County sent a strong message to him and every other public official in Mississippi.

“Using taxpayer resources or property for your personal benefit is not allowed,” said state Auditor Shad White of Sandersville. “This message should be clear to every elected official in the state by now.”

Beat 5 Supervisor Travares Comegys is the latest official to face criminal charges after an  investigation by the auditor’s office. Comegys, 41, was charged with embezzlement and booked into the Jones County Adult Detention Center on Monday morning then released on $5,000 bond early that afternoon.

The auditor’s office issued a demand letter of $5,719.24 to Comegys when he was taken into custody by special agents and transported to the Jones County Sheriff’s Department. That amount includes interest and investigative expenses, according to a press release from the auditor’s office.

Comegys is accused of using a county-owned pickup and cellphone to help operate his business, JC Beauty Supply, from July 2020 to April 2021. The business is on Central Avenue, across from the Beat 5 barn. The investigation showed that he traveled to “multiple salons and barber- shops outside of Jones County” and used the county pickup on a trip to the New Orleans airport, according to the press release.

It was also alleged that he used his county cellphone “almost exclusively” to operate his personal business.

The Leader-Call in March published a photo of investigators with the auditor’s office loading items into a vehicle, but the investigation was not complete, so no one in White’s office could comment on it. That was part of the investigation into the case that led to this arrest, spokesman Logan Reeves confirmed.

Comegys did not comment at the time, and he has not commented on the arrest.

Danielle Ashley, the chief administrative officer of the county and board attorney, said that she and supervisors were aware of the arrest and charge, but she referred questions about the matter to the auditor’s office.

“The credit for this case, as always, goes to the hard-working men and women of the Office of the State Auditor,” White said. Comegys did not have to appear in court because he had already been indicted by a local grand jury. His bond was set by an order from the District Attorney’s Office that was signed by Judge Dal Williamson. Comegys is set to be arraigned in Jones County Circuit Court on Dec. 2 unless he waives that part of the process. He has reportedly hired Hattiesburg attorney Tom Fortner to represent him.

If convicted on all counts, Comegys faces up to 10 years in prison and $5,000 in fines.

The case will be prosecuted by the office of Jones County DA Tony Buckley.

Comegys is in his first term as supervisor after serving two terms on the Laurel City Council. He was elected to the county position in 2019 after longtime predecessor Jerome Wyatt chose to retire after dealing with his own investigation by the auditor’s office, which was resolved. Comegys’ brother Stacy also served on the city council with him before an unsuccessful run for mayor in the last city election. Their sister Chataura Sanders served as a communications director for the Board of Supervisors before her brother took office there, so the family is deeply connected in local Democratic circles.

A $100,000 surety bond covers Comegys’ time as a member of the Jones County Board of Supervisors. Surety bonds are similar to insurance designed to protect taxpayers from corruption. Comegys will remain liable for the full amount of the demand in addition to criminal proceedings.

In September, two men were arrested for a second time on charges related to using Beat 5 equipment for personal gain. Former road foreman Roland Graham, 60, of Laurel was facing charges for allowing contractor Larry Barnes, 58, of Purvis to use county equipment and personnel to remove debris from a demolished building on private property, according to the auditor’s office.

Graham was issued a demand letter of $4,788.89. Those charges came after the same two were arrested in July 2020 and charged with embezzlement for using county equipment to demolish a house on North 5th Avenue and converting the proceeds to personal use, according to the auditor’s office. A demand letter of $14,442.18 was issued in that case.

“To use equipment owned by the taxpayers for your personal benefit is the same as stealing, and we take these crimes just as seriously as if someone stole from a bank,” White said at the time. “Every government employee thinking about committing this kind of fraud should be on notice that we’re watching.”

All suspects arrested by the auditor’s office are presumed innocent until proven guilty in a court of law.

Suspected fraud can be reported to the auditor’s office online any time by clicking the red button at www.osa.ms.gov or by telephone during normal business hours at 1-800-321-1275.