Sign Up
Log In
Purchase a Subscription
You are the owner of this article.
Edit Article Add New Article
You have permission to edit this article.
Edit
Welcome, Guest
Home
News
Sports
Opinion
Lifestyles
Obituaries
Announcements
Classifieds
JC News
Advertise
1 of 2 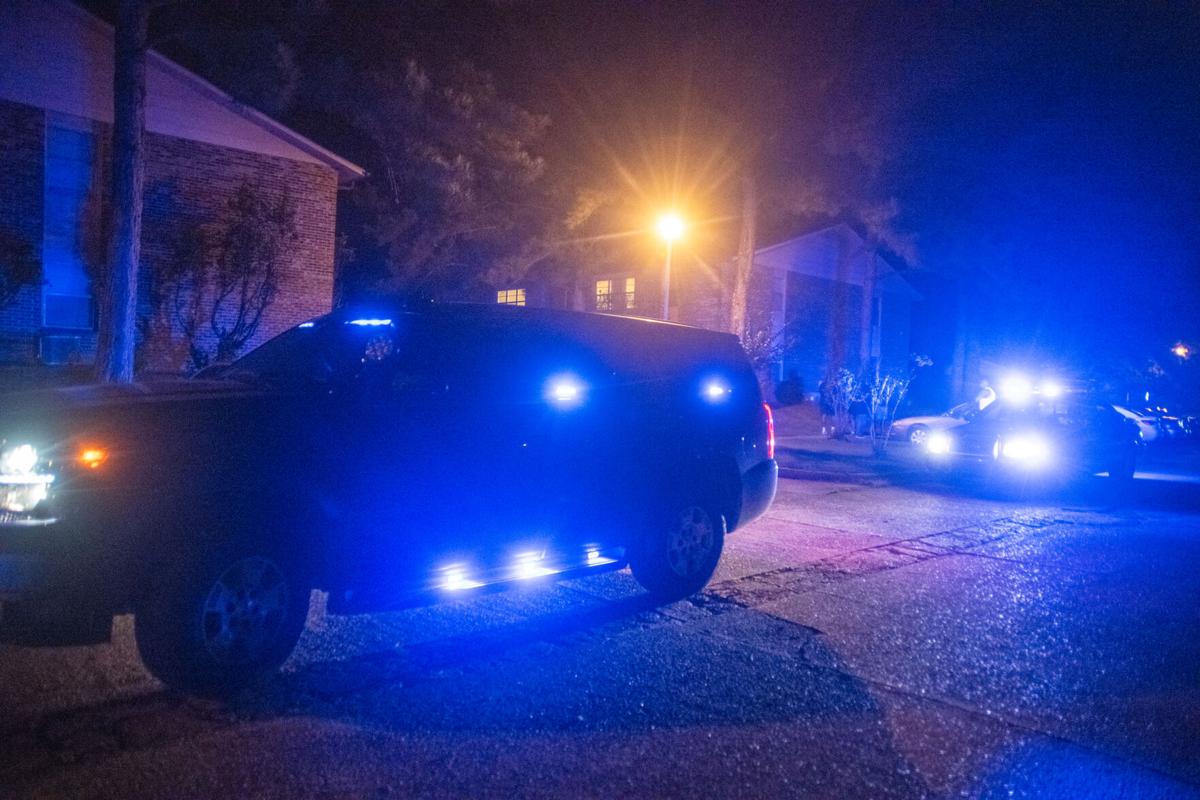 Jones County Sheriff's Department and Ellisville Police Department responded to a shooting at Elmwood Apartments in Ellisville near Mize Street where Keshawn Lecerepte was shot 5 times.

Jones County Sheriff's Department and Ellisville Police Department responded to a shooting at Elmwood Apartments in Ellisville near Mize Street where Keshawn Lecerepte was shot 5 times.

A Laurel man suspected of shooting a teen at an Ellisville apartment complex surrendered to authorities after eluding them for a week.

Jante Simpson, 18, was arrested and charged with aggravated assault. He is accused of shooting 18-year-old Keshawn Leverette five times at Elmwood Apartments, where the victim lives, around midnight on Sept. 6.

“His grandmother called and said (Simpson) wanted to turn himself in,” Carter said. “I went and picked him up from her house, and he got in my truck willingly with no problems.”

Carter said Simpson has retained an attorney, so he did not talk about the incident.

“It’s good that he was willing to turn himself in because it took a lot of resources to track him,” Carter said. “Also, no one else got hurt.”

Tuesday, Judge Grant Hedgepeth set Simpson’s bond at $5,000, after which Simpson bonded out and was released around 4:30 that afternoon, according to the jail docket.

Family members of Simpson told Carter that “Leverette was bullying Simpson.” After interviewing the victim, Leverette told Carter that he “would frequently give rides to Simpson if he missed the bus and would never bully him when they were in school together.”

The victim has been discharged from the hospital but is still recovering from his injuries, Carter said.

Simpson originally agreed to turn himself in to authorities two days after the shooting, but “he must have had a change of heart,” Carter said at the time. The Jones County Sheriff’s Department then began to search for him.

The initial investigation indicates that Simpson knocked on Leverette’s apartment door around 11:30 p.m. Sept. 6. When Leverette answered the door, Simpson was reportedly upset that Leverette had not spoken to Simpson in a while and said, “Don’t you remember me?” before shooting at him five times, according to the incident report. Simpson then left the scene.

At the time of the shooting, two children, ages 4 and 6, were in the apartment, and Leverette’s main concern was getting the children to safety, Carter said.

“His brother’s two children were in the home, and he called someone to let them know what happened to make sure the children were safe,” Carter said. “We think he tried to get the children into the car to take them to safety while the friend called 911 to report the shooting.”

The Ellisville Police Department and Jones County Sheriff’s Department responded to the scene, and Leverette was transported to Forrest General Hospital after sustaining life-threatening injuries from being shot in the chest, leg and arm.