Sign Up
Log In
Purchase a Subscription
You are the owner of this article.
Edit Article Add New Article
You have permission to edit this article.
Edit
Welcome, Guest
Home
News
Sports
Opinion
Lifestyles
Obituaries
Announcements
Classifieds
JC News
Advertise
Calendar
1 of 2 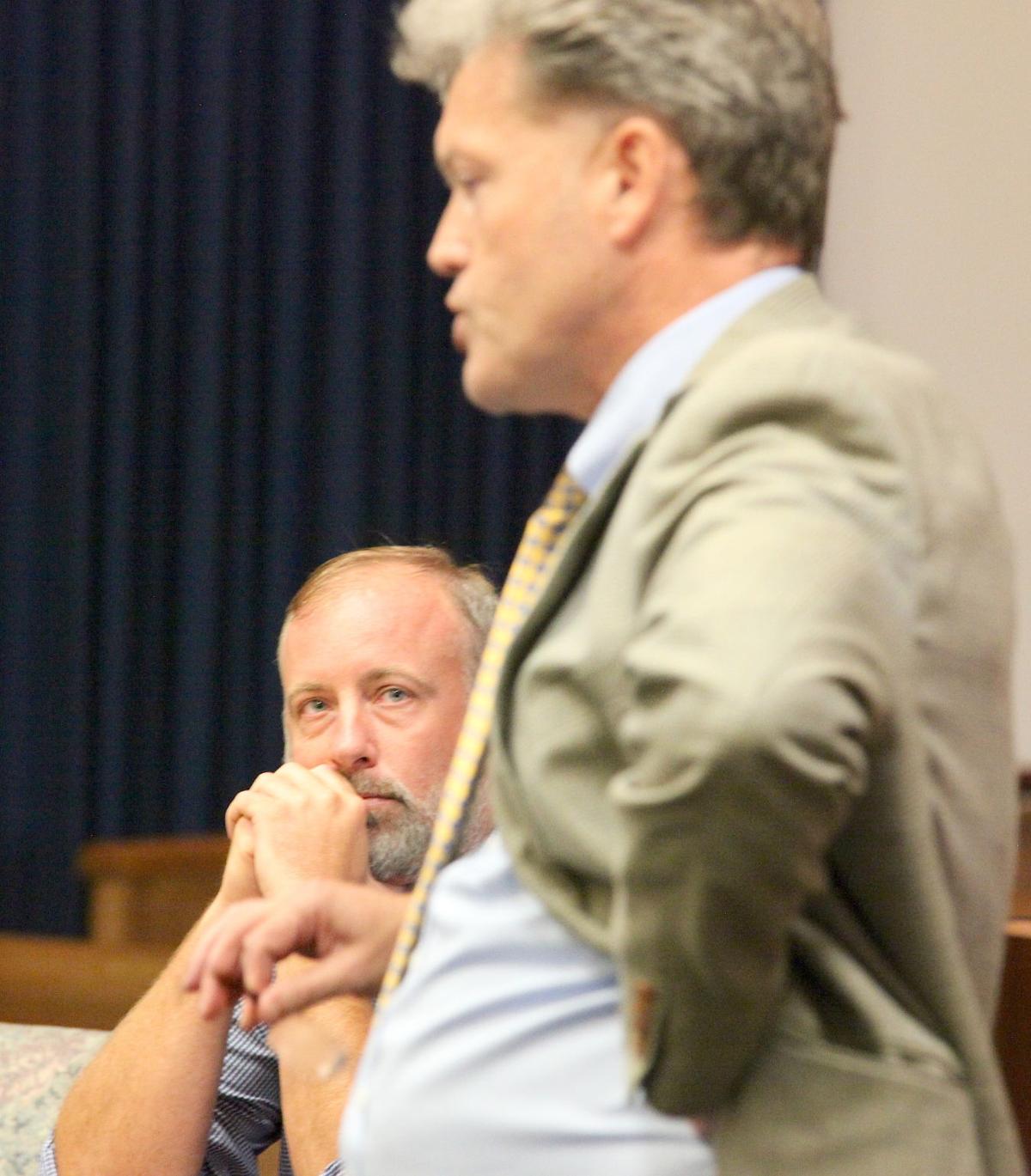 Defendant Greg Burroughs listens as DA Tony Buckley talks about evidence against him in his up-coming manslaughter trial. (Photo by Mark Thornton) 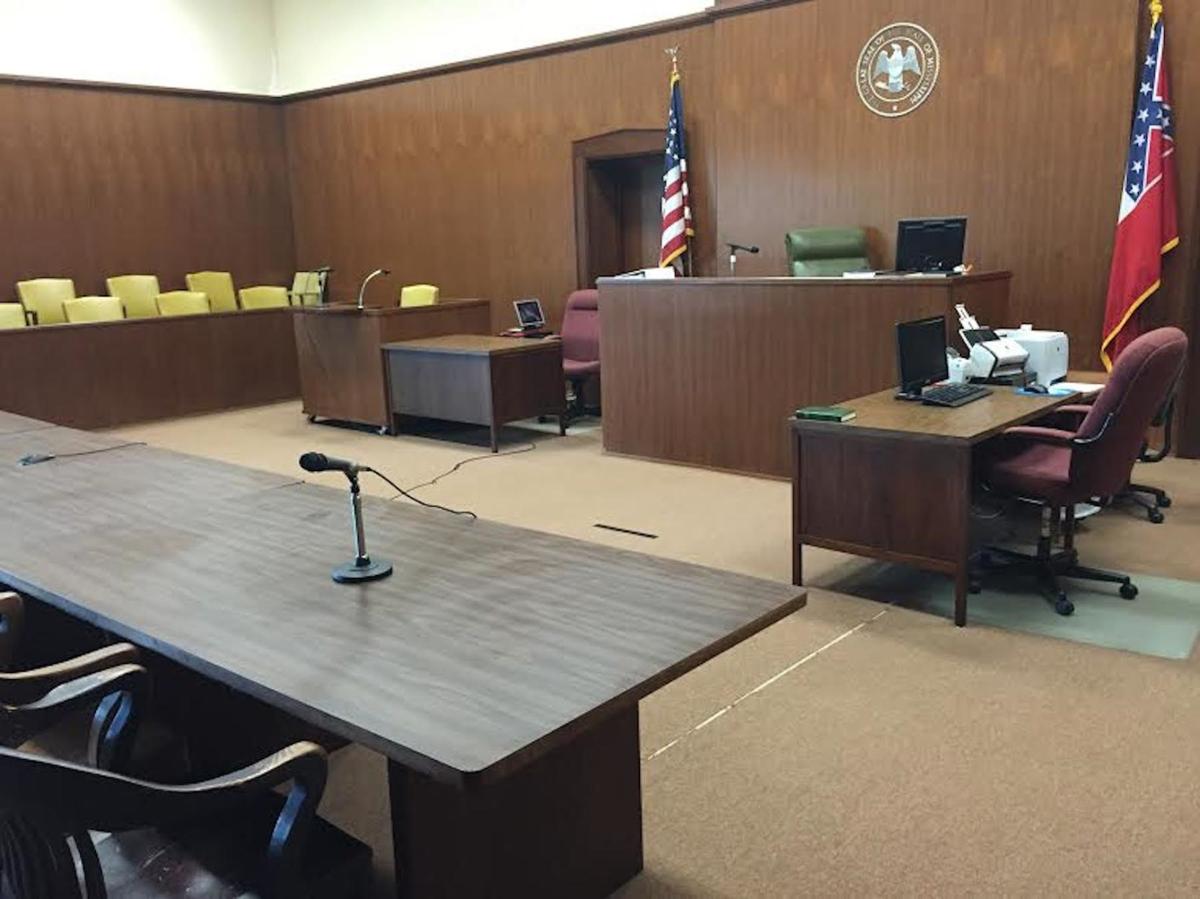 The court room in the Franklin County Courthouse where the trial will take place.

Defendant Greg Burroughs listens as DA Tony Buckley talks about evidence against him in his up-coming manslaughter trial. (Photo by Mark Thornton)

The court room in the Franklin County Courthouse where the trial will take place.

DA’s office prepared for ‘battle in the courtroom’

The manslaughter trial of Greg Burroughs is going to be an old-fashioned “battle in the courtroom,” with a few modern twists, in the tiny town of Meadville starting Monday.

Volumes of text messages and imag- es will figure prominently in the case that has captivated Jones County and caught the attention of some across the country. Dateline NBC is one of the media outlets that has filed a notice of camera coverage with the Jones County Circuit Clerk’s Office to cover the trial, which is expected to last five days. “It is a circumstantial evidence case,” District Attorney Tony Buckley said. “There are no neutral eyewitnesses, no confession, no video surveillance ... The burden of proof is high.

“But we have the best case we can put forward, and it’s going to be a battle in the courtroom. I think we’ve got a good idea of what happened and why.”

Katherine Sinclair, 23, was found with a fatal gunshot to the head in Burroughs’ garage in the gated community Windermere on the night of June 1, 2017. Burroughs, her then-38-year-old boyfriend, told Laurel police that Sinclair shot herself.

But some of the statements he made to police didn’t match up with the evidence, and the state pathologist’s report was inconclusive about whether the shot was self-inflicted or fired by someone else. Five months after Sinclair died, a Jones County grand jury indicted Burroughs for manslaughter. He hired Tracy Klein of Hattiesburg to represent him. Klein said he did not want to comment until after the case has ended.

Since then, Buckley and his staff — Jessica Brownlee, in particular — went through 17,000 pages of data from “phone dumps” that were done by the Attorney General’s Office on Sinclair’s and Burroughs’ phones. Some of the “conversations,” photos and Google searches are revealing, particularly from a few days — and a few minutes — before she was shot.

“That gave a good win- dow into their relationship,” Buckley said. “It really helped us in some ways. We do have some stuff that’s going to hurt us, too, that happened earlier. But substantially, I believe our case is good.”

Buckley could call up to 18 witnesses, including Laurel police officers, crime-lab experts and Sinclair’s family members. Her uncle Kyle Robertson, who is Burroughs’ best friend and the Laurel Municipal Court Judge, is expected to be a key witness early on. Burroughs called Robertson before he dialed 911 while Sinclair was clinging to life in her car.

Subpoenas have been “sent all over,” Buckley said, not only for wit- nesses, but for medical records, school records, health insurance and hospital records, C-Spire and Verizon ...

“There’s been a lot of work behind the scenes in this case,” Buckley said. “We’ve studied these videos and transcripts for months, and the jury only sees them once, so that’s a concern.”

There will be 60 photos in evidence, including autopsy photos that the prosecution wanted and the defense didn’t. The Franklin County jury will also see four body-cam videos from Laurel police officers, Burroughs’ interview with investigators and surveillance video of him and Sinclair eating and drinking at The Loft, then stopping to buy beer at Murphy’s USA. That was a little while before officers and medical personnel responded to his half-million-dollar house to the report of a gunshot.

Prosecutors will also transport Sinclair’s car to the courthouse in an effort to demonstrate to the jury that Burroughs couldn’t have removed the key from it as he told police he did, reaching in to shift it from Reverse to Park first. Klein argued against letting the jury see the key demonstration in person or on video, but Judge Dal Williamson is allowing the car to be in evidence.

There will be plenty of forensics evidence — much of it inconclusive or debatable — but that isn’t the crux of the case, Buckley said. Assistant District Attorney Dennis Bisnette will deal with the experts on gunshot residue and ballistics, and ADA Kristen Martin will handle the state pathologist and the gun- shot wounds.

“We’re going to stick with the major points,” Buckley said. “The relationship, the texts, the circumstances. We don’t have all of our eggs in forensics. Why was she half-naked? Why did he call Kyle first? Opening and closing arguments are going to be very important. We’re focusing on the human angle.”

Klein will counter with his own experts, including a pathologist from Kentucky who will say that Sinclair committed suicide.

Klein asked for and received a change of venue for the trial, citing pretrial publicity and a tainted jury pool. Williamson granted that motion and moved the trial to the Franklin County courthouse in Meadville, about two hours from Laurel on Highway 84 West.

Williamson didn’t, however, agree to recuse himself from presiding over the trial. Klein made that motion after Burroughs hired ex- Judge Billy Joe Landrum as co-counsel. Klein cited Williamson’s heated political race with the longtime judge as one of the reasons for the request. After the motion was denied, Landrum has not been beside Burroughs or Klein for any of the subsequent motion hearings and he reportedly won’t be at trial because of a health issue.

Klein will likely have local help when it comes time to pick a jury Monday morning. Buckley said he will, too. Franklin County Circuit Clerk Warren Walker sent out 250 jury summons, which should give Jones County officials about 80 to 90 potential jurors to choose from.

If convicted, Burroughs faces up to 25 years in prison.