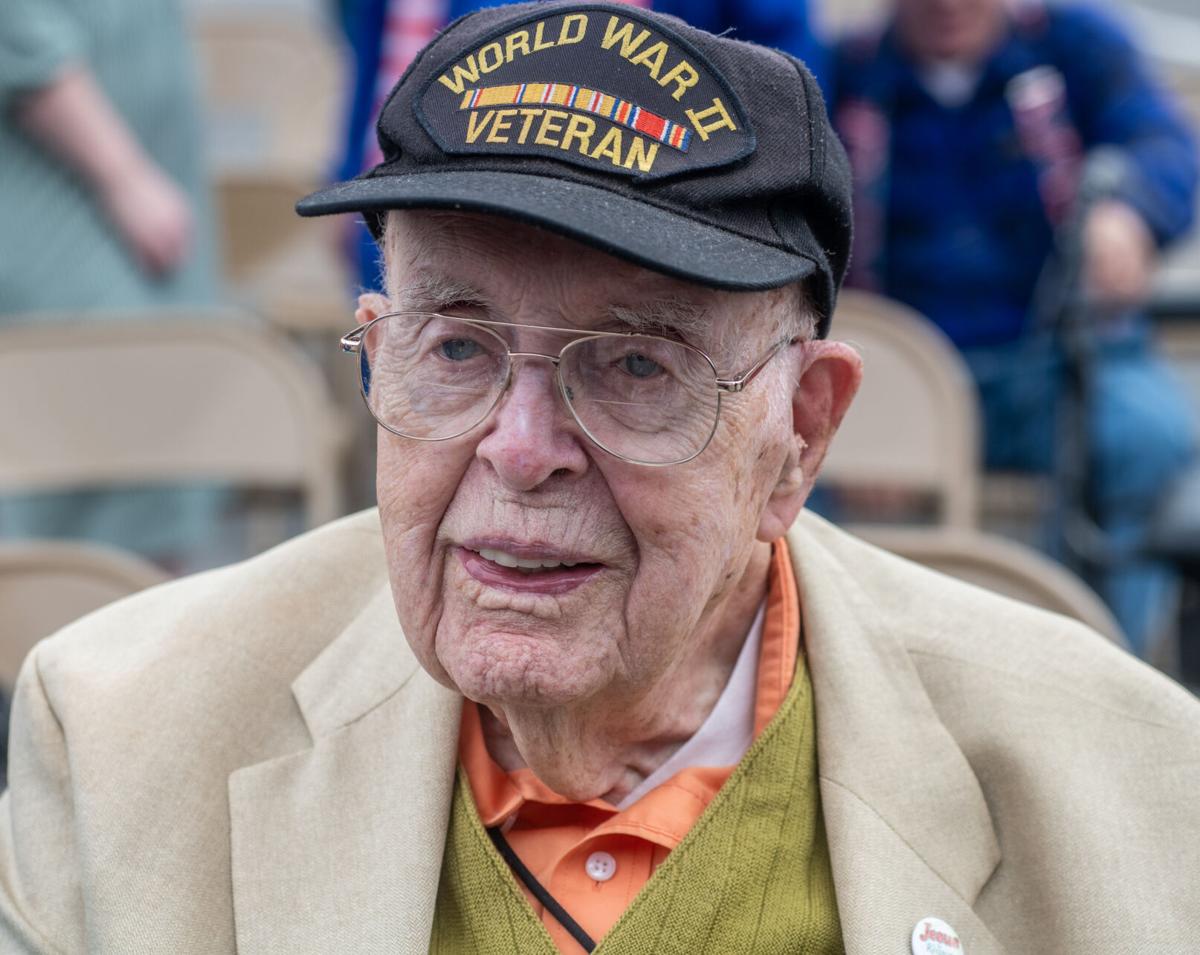 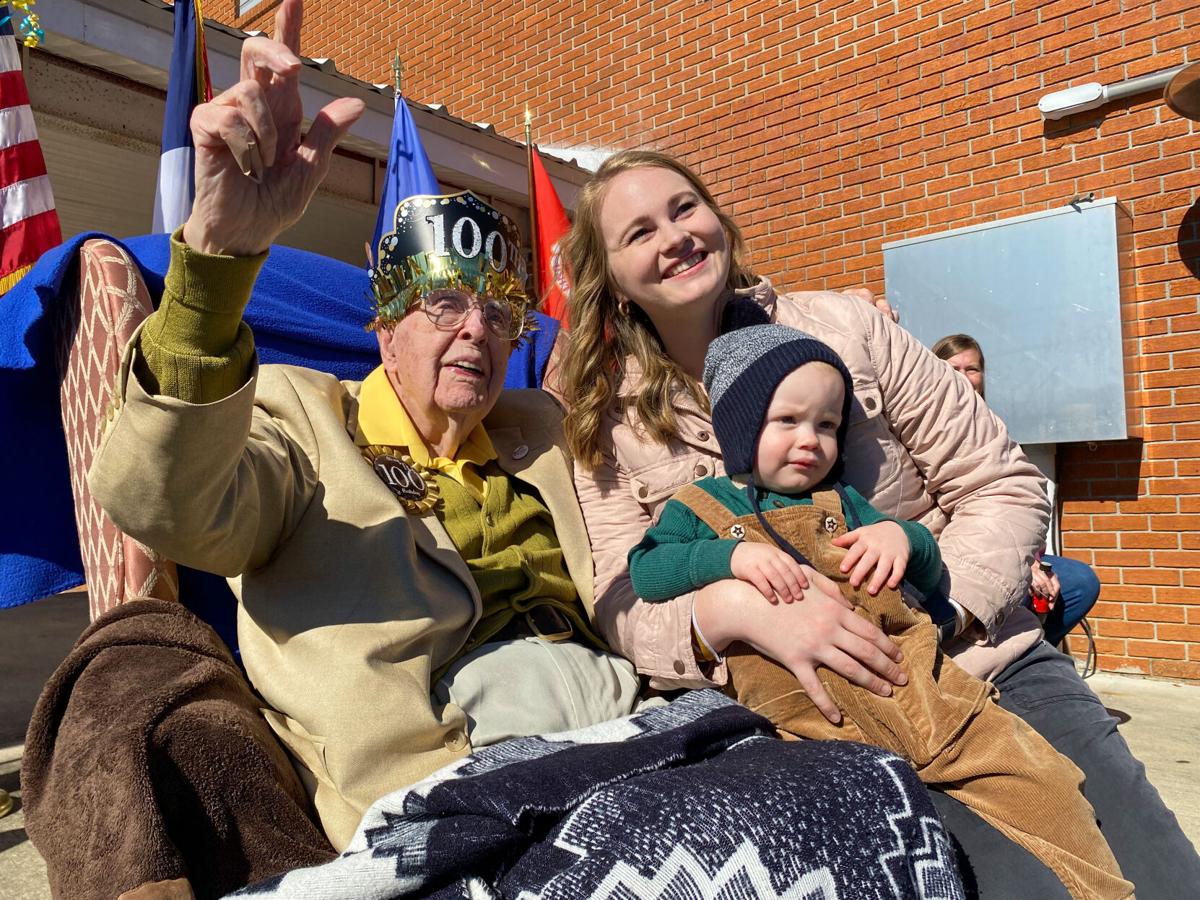 Charlie Sanders Sr. waves to the crowd while holding his oldest great-great-grandson Boaz Hobi, 1, who is being held by Sanders' great-granddaughter Alissa Hobi.

Charlie Sanders Sr. waves to the crowd while holding his oldest great-great-grandson Boaz Hobi, 1, who is being held by Sanders' great-granddaughter Alissa Hobi.

One Laurel World War II veteran, whose birth was delayed by a parade on Armistice Day, couldn’t have timed his 100th birthday better. As the clock turned 11 a.m., Charlie Sanders Sr. turned 100 on Veterans Day at the Veterans Memorial Museum in Laurel.

He served seven months overseas in France, Belgium, Luxembourg and Germany in the U.S. Army’s 28th Infantry. Sanders contracted gangrene on his feet in the trenches and spent four months in a wheelchair afterward. It took him more than a year to learn to walk again.

“We were holding a 50- mile front, and I was right in the middle of it,” Sanders said. “If it hadn’t been for Jesus, I’d be pushing up daisies.”

Family and friends gathered at Salem Heights Baptist Church over the weekend to honor Sanders for his service and his milestone birthday.

Sanders said he was thankful for his family and happy to be there.

“It’s a great day to be here,” Sanders said. “It’s been a great life. I look back and see a lot of things.”

His family presented him with his original World War II medals during the birthday celebration that had been lost years ago — the American Campaign Medal, Good Conduct Medal, Campaign Medal Rhino Land River in Germany, a Bronze Star pin and World War II ribbon.

While he enjoyed a drive-through parade, where guests were welcome to drive by and say happy birthday to Sanders, his oldest great-great- grandson Boaz Hobi, 1, sat on his lap and visited with him. He has two more great-great-grandchildren on the way.

At 23 years old, Sanders enlisted in the U.S. Army and went to basic training at Camp Joseph T. Robinson in Little Rock.

Afterward, he was sent to Liverpool, England — just 90 days after the first wave hit Omaha Beach in Normandy, France.

“I was there as a replacement,” Sanders said.

“I experienced a lot of things I didn’t want to experience again. If I knew what I knew then what I know now, I would have been scared to death. I didn’t know nothing, so I wasn’t afraid of anything.”

“The Lord zapped me out of there.”

Sanders moved to Laurel with his wife Leona Rose Sanders and two children in 1981 and has lived here ever since. The couple were married for 58 years before Mrs. Sanders died in 2000.

Mr Charlie is a precious, Godly man. I love you in CHRIST, Mr Charlie. Thank you for being who you are. Love, Mrs.Duke(Brenda) Parish