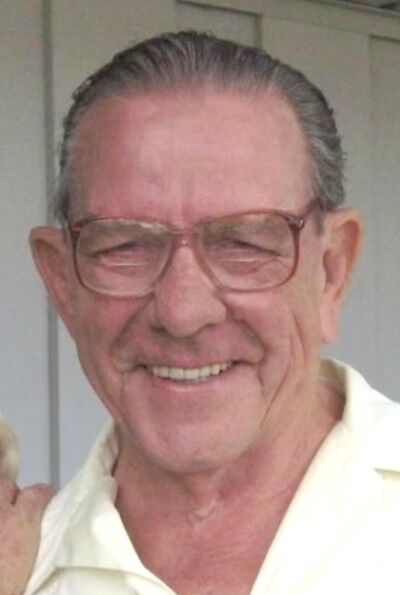 Mr. John Clifton Rentz, 95, of Asheboro, N.C., Varnville, S.C., Salfords, Surrey, England, Louisville, Ky., and Laurel, passed away peacefully on the morning of Thursday, Oct. 7, 2021, surrounded in love by his family, after a long life well-lived.

He graduated from Varnville High School before serving his country in the U.S. Army in Germany during World War II (39th Infantry Regiment of the 9th Infantry Division). After the war, he married his sweetheart and graduated with honors from Clemson College with a degree in Electrical Engineering. During the first half of his career, he worked for the General Electric Company in Asheboro, Salfords, Surrey, England, and Louisville. He invented patented hardware and revolutionary techniques for producing safe, high-quality, reliable electric blankets. During the second half of his career, he was employed by Northern Electric Company (later Sunbeam and Oster) in Laurel, continuing his work with improving electric blanket production and focusing on small appliance quality control.

The hymn "Others," a favorite of his mother, truly expresses the essence of his life. After serving in Southern Baptist churches in Varnville, Asheboro and Laurel, he became a proud member of Our Home Universalist Unitarian Church in Ellisville. The Methodist ministry of Rev. D. L. Dykes of Louisiana also had a profound influence on his life.

John (“Johnny,” “Ole John,” “Dad,” “Grandpa,” “Papa,” “Papa Rentz,” “GGPa,” “Uncle John,” “Papa Doodle,” “JC,” or “Mr. John”) will long be remembered for his laughter and storytelling, his life-improving inventions, his intellectual curiosity and lifelong love of learning, his passion for gardening, grape vines and fig trees, his artistry expressed through sketching, painting and woodworking, his exuberance for sailing and fishing, his sage advice, his integrity and steadfast down-to-earth principles, as well as his eternal love for his sweetheart Lalla, whom he first met when she was 3 years old and he was 5.

A graveside service will be at 1 p.m. on Saturday, Oct. 16, at Varnville Cemetery. Beginning at noon, family and friends are invited to visit with the Rentz children and grandchildren at Varnville Cemetery. The family will also enjoy visitation at the cemetery after the service. Peeples-Rhoden Funeral Home of Hampton, S.C., is handling funeral arrangements. The family would be devastated if anyone became ill after attending this graveside service. For that reason, all funeral-related gatherings will be outdoors. Even though we will be outdoors, the family requests that everyone wear masks (which will be provided if needed).

The family acknowledges Billy and Betty Page and the entire Crossroad Retirement Community team for their love and support since 2009.