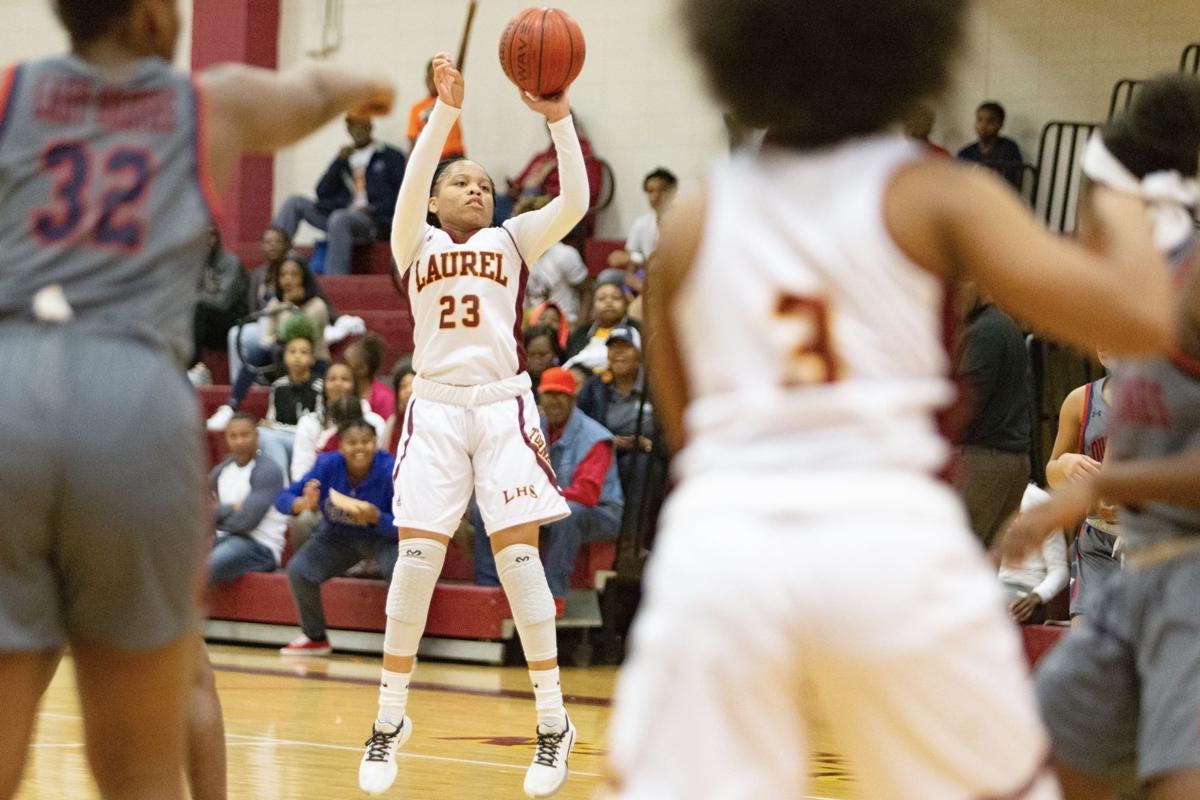 Laurel senior India Singleton pulls up for a 3-point shot in the second quarter. 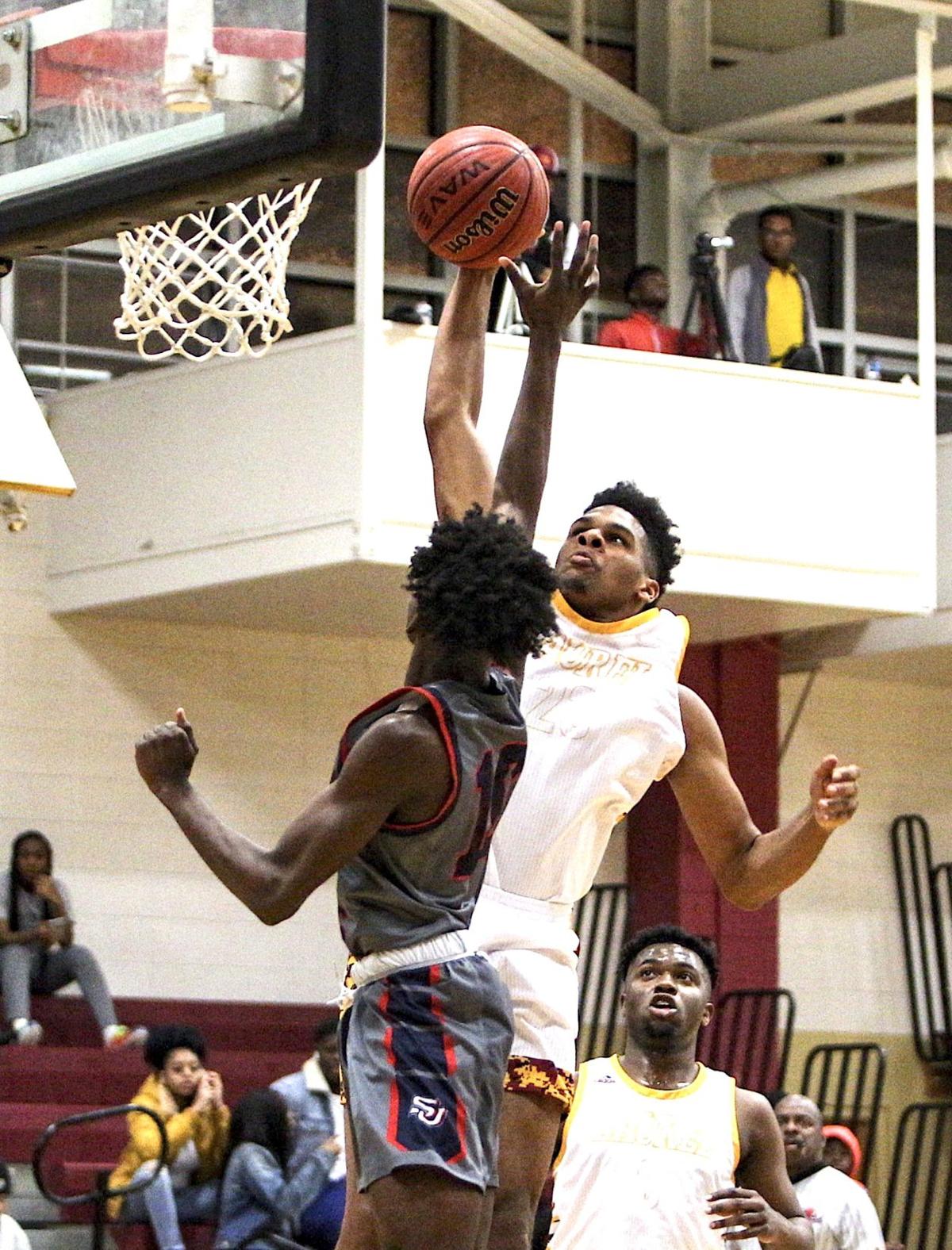 Laurel senior India Singleton pulls up for a 3-point shot in the second quarter.

Laurel’s basketball teams opened region play at home Tuesday night, each earning close wins over South Jones. The Lady Tornadoes withstood a late comeback to earn a 64-63 victory, while the Tornadoes overcame a slow start to take a 51-44 victory.

The Lady Tornadoes’ game came down to the final seconds with a free throw attempt that could have tied the game. The ball rimmed out and head coach Sherri Cooley’s team escaped with the win.

"I knew it would be one of those emotional games," said Cooley. "South Jones has a great team and a great coach. I knew they would come after us hard tonight, so we were expecting that. Fortunately, it was one of those games we were able to come out on top at the end."

Laurel senior guard India Singleton led the team with 21 points, getting hot from the perimeter in the second quarter and carrying that momentum into the second half.

“India has been great for us all season,” said Cooley. “There’s no doubt in her ability to score when the ball is in her hands.”

"All three never came off the floor," Cooley said. "I feel like them getting tired hurt us in the fourth quarter. We slacked up on defense, and that helped them get back into the game.”

The Laurel boys struggled to find offense in the first quarter but mustered up enough momentum down the stretch to earn the win. Head coach Marcus Price was pleased with the outcome but admitted the performance left a lot to be desired.

“We'll take a win any way we can get it at this point," said Price, “but that was possibly the worst game we've played all season. We couldn't get any momentum going.”

Down 11-6 at the end of the first, the Tornadoes battled back with contributions from nearly the entire roster. Nine players scored points, led by senior Antwan Hatten with 18.

Price said learning lessons from these kinds of challenges in January will only make them better for postseason play in February.

“Don’t take anything for granted,” Price noted as lesson No. 1. “We have to focus on the minor details, which are what carries us. Of all the years I’ve been with this program, this team is the least experienced overall. We’re just not playing at the level that we need to right now, but luckily this is January. What counts is February, so hopefully we can keep getting better each day and be prepared when the time comes.”

Laurel’s teams will both travel to Soso on Friday to take on rival West Jones.