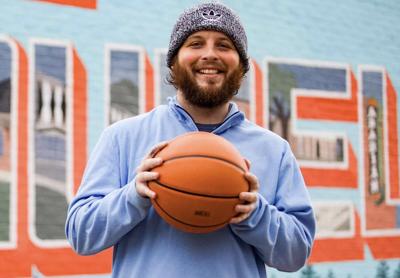 Earlier this month, as the MHSAA regular season reached its end, I wrote that I believed either Laurel or West Jones would be at Veterans Memorial Stadium the first weekend in December to compete for a 5A state championship. As we prepare for Week 2 of postseason play, a prediction that seemed promising at that time now seems — knock on wood — probable.

Of course, I was really hoping to see these two teams face off in the South State title game. COVID-19 got in the way of that, as game cancellations late in the season caused West Jones to fall from No. 2 in Region 3-5A to No. 4. But on Friday night, the Mustangs and Tornadoes will have their rematch in the quarterfinals, with a trip to South State being rewarded to the winner. The winner Friday night will play either Hattiesburg or Pascagoula.

I’ll save my thoughts on what will happen for Thursday, but for now I’ll just say this: Laurel and West Jones appear to be the strongest remaining teams in the 5A South, and I can’t help but view Friday night’s game as the “unofficial South State championship.”

The proof is in the pudding. Both delivered strong performances in their postseason openers against teams that many predicted to be favorites in the 5A South.

West Jones traveled to Picayune for a rematch against the Maroon Tide, which ousted them from the playoffs in two of the past three seasons. Laser-focused on the task at hand, the Mustangs dominated the reigning South State champs, never once trailing in the contest. Against a defense that held them to only 14 points last fall, Alan Follis and the Mustangs piled on 35 points, and the defense created turnovers that led to a two-touchdown advantage when the final horn sounded.

The Tornadoes’ performance bore a strong resemblance to that of last year’s playoff game against Pascagoula, where a number of defensive stands helped Laurel withstand a late comeback attempt. This time, the Tornadoes’ defense held East Central scoreless on back-to-back trips into the red zone in the third quarter, allowing Dexter Scott and the offense to extend its lead and send the Hornets back to the bus with no plans for next Friday.

This will be a tough week. My heart aches over the fact that one of these two teams’ season will come to an end on Friday. But if you see me on the sidelines that evening, I’ll be beaming with pride over how tremendously hard these players have fought to earn this opportunity. Our student-athletes are the absolute best. Keep watching, and they’ll keep proving it.