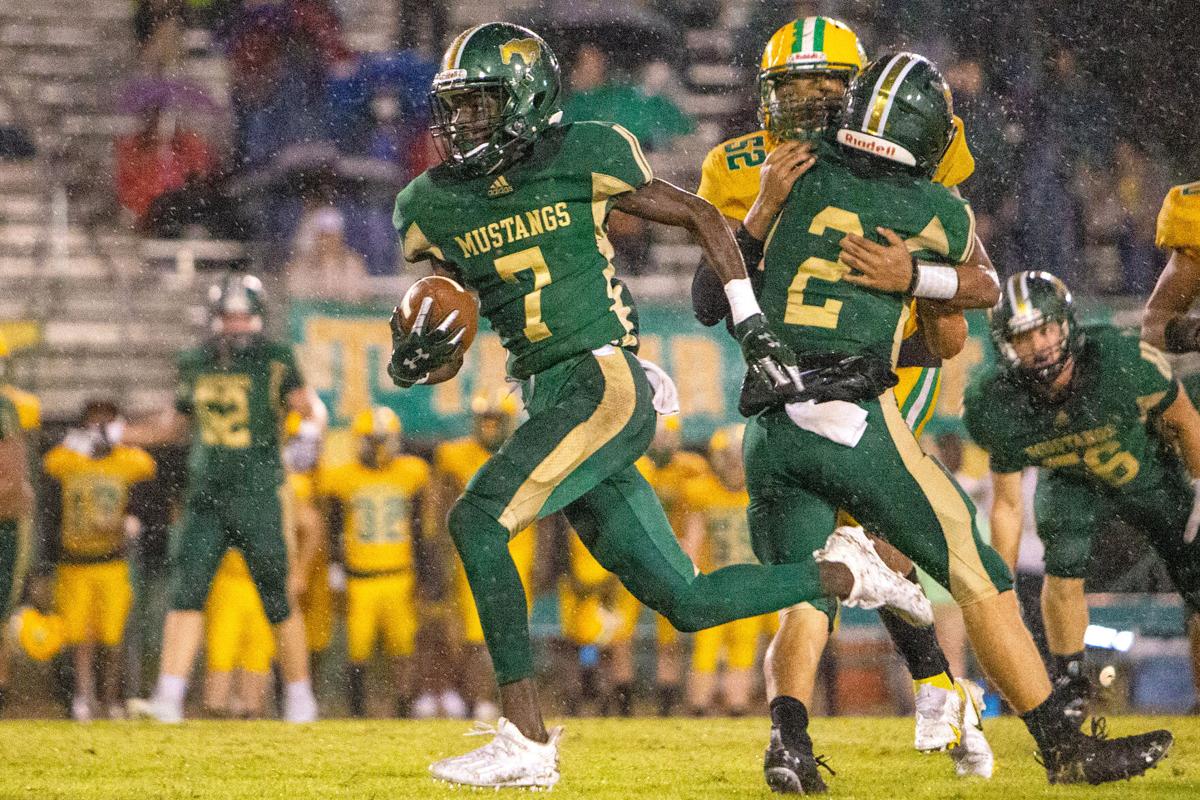 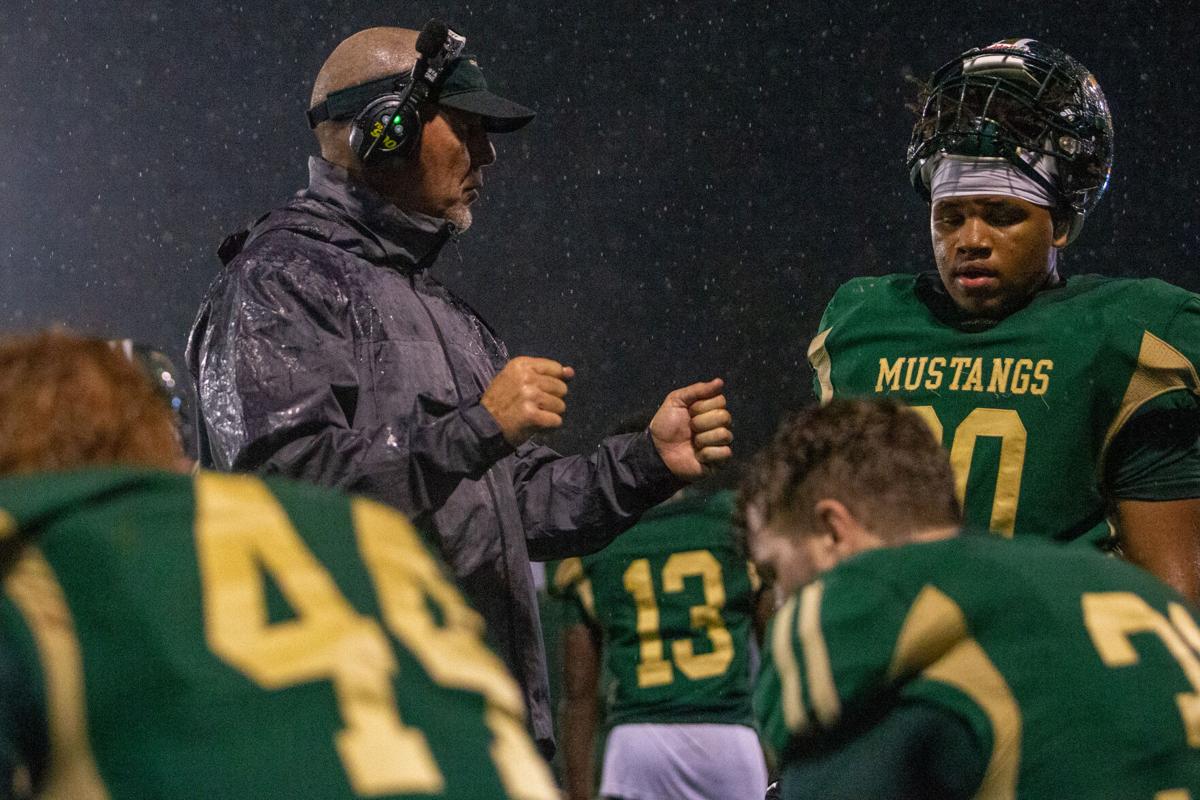 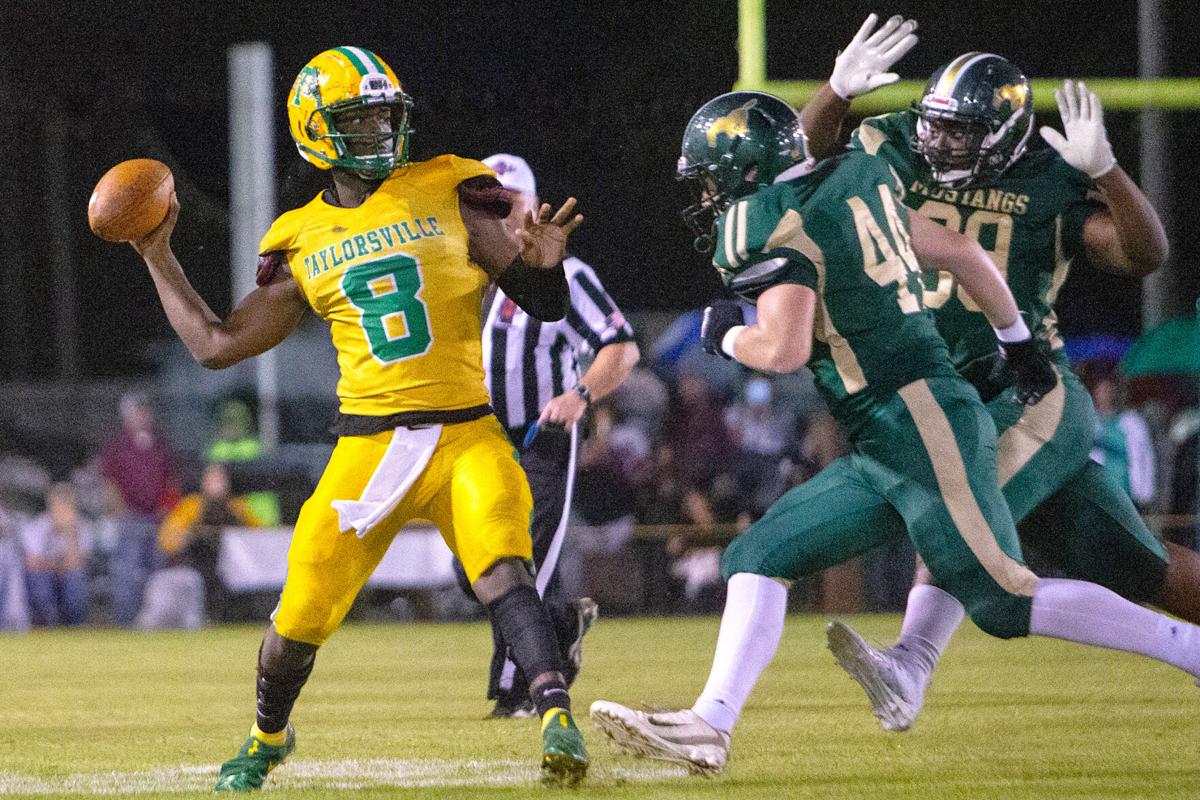 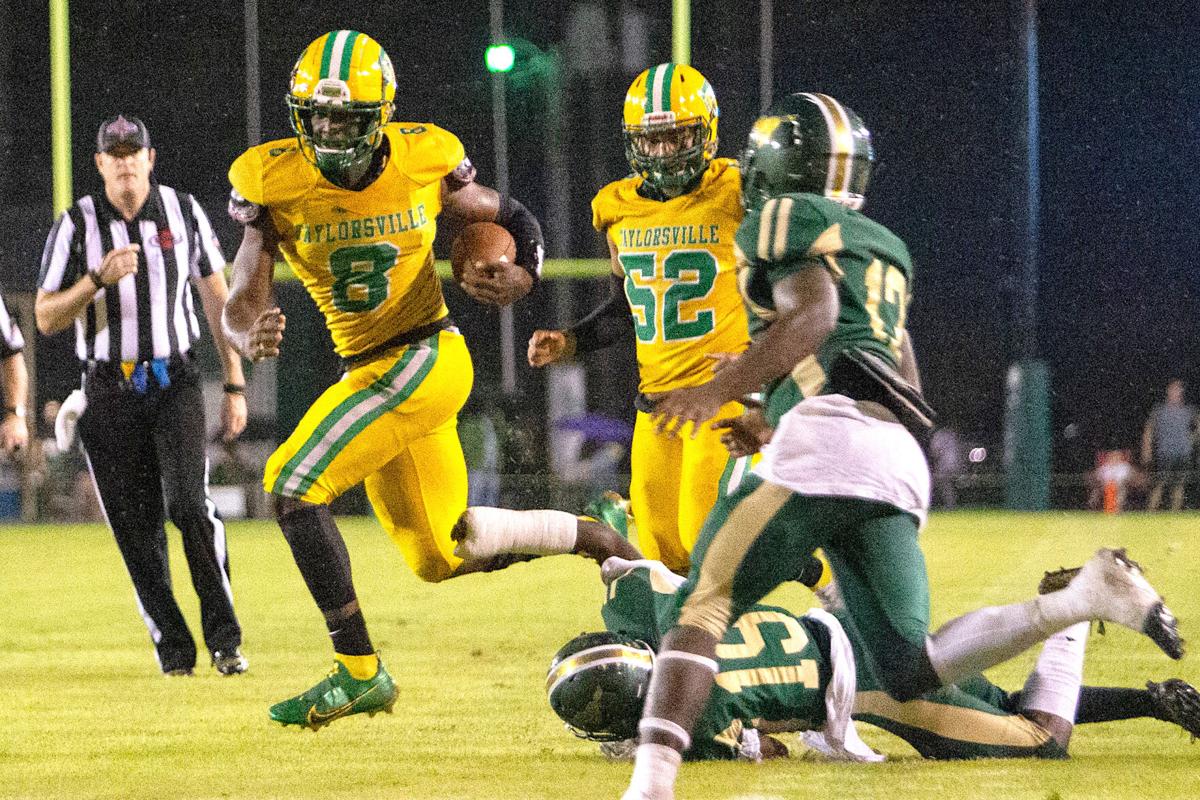 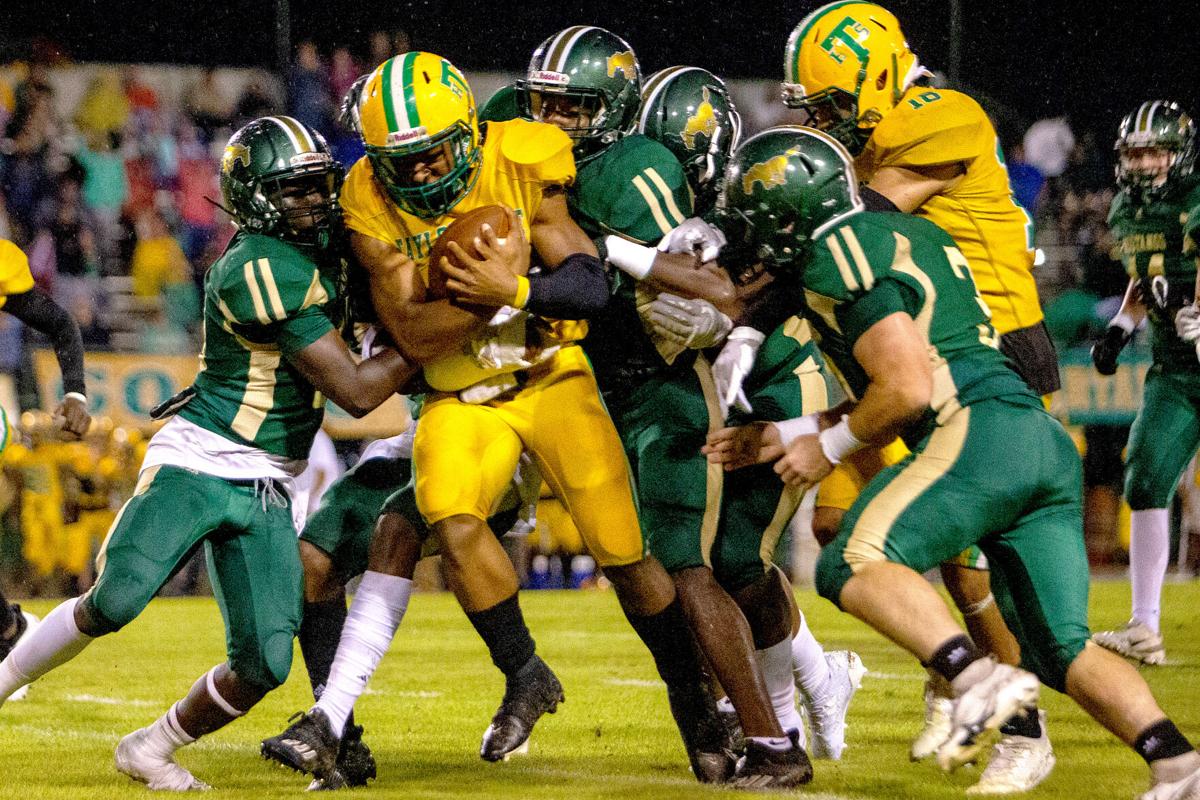 Taylorsville’s senior running back Jeffery Pittman fights for extra yardage before being tackled by a host of Mustangs.

Taylorsville’s senior running back Jeffery Pittman fights for extra yardage before being tackled by a host of Mustangs.

West Jones head coach Scott Pierson knew his team would be faced with a daunting task when hosting the defending Class 2A state champion Taylorsville Tartars (4-1) on Thursday for its first game in three weeks. Just as they have all season, the Mustangs (4-0) rose to the challenge and earned a hard-fought 35-21 victory in their first bout with the Tartars since 2004.

Senior defensive captain Ken Russell seized the opportunity to showcase his athleticism with the Mustangs’ offense, rushing for three touchdowns out of the wildcat formation to fuel West Jones’ big win.

“He’s our best player,” Pierson said of Russell. “He’s probably our best running back. You can’t play on both sides of the ball wide open at the level he plays for 48 minutes, but when we get opportunities to put him in the game and let him run the ball, we will.

The Mustangs’ first plan of action was to establish the run game, which they successfully did on a 11-play, 60-yard drive that ended with a one-yard touchdown run by Russell near the end of the first quarter.

The Tartars responded with a long offensive drive, with senior standout Ty Keyes quarterback scrambling for a 1-yard touchdown to even the score.

But the Mustangs wasted little time issuing a response, reclaiming the lead on a 54-yard touchdown run by junior running back Joshua McDonald.

“I think every time this year that a team has scored (against us), we’ve gone back out there and answered,” Pierson said. “That’s what good teams do.”

Sophomore receiver and return man Matthew Nixon broke loose for a 52-yard punt return later in the quarter to set up another touchdown scramble by Russell, this time from 4 yards out, giving the Mustangs a 21-7 advantage at the half.

The Mustangs and Tartars traded touchdowns in the third quarter, with Taylorsville senior Jeffery Pittman scoring on a 1-yard plunge followed by a 7-yard scoring run by West Jones senior Kentrel Pruitt.

Not unfamiliar with having their backs against the wall, the Tartars fought back again early in the final quarter. Keyes connected with fellow senior receiver Arterrious Miller for a 73-yard touchdown pass to bring Taylorsville within seven points of tying the score with 11 minutes remaining on the clock.

Once again, the Mustangs responded by grinding it out on the ground. A 25-yard run by sophomore Marlon Lindsey put West Jones in position to score, and Russell capitalized with a 2-yard scramble for his third touchdown to extend the lead and ice the game.

“This was a fun game,” Pierson said. “It was what I consider two really good teams getting coached really well, and there was kind of an even flow there where both coaches had to find answers to what the other was doing.”

Nixon led the team in receiving with three catches for 48 yards and a 52-yard punt return.

Still undefeated, the Mustangs will take on another tough challenge next week with a road game against Region 3-5A cross-county rival Laurel, which earned their second region victory on Thursday over Natchez.

The Tartars will take what they learned from a showdown with one of Class 5A’s top teams into Region 5-2A competition, as they travel to Enterprise next Friday to take on the Bulldogs.