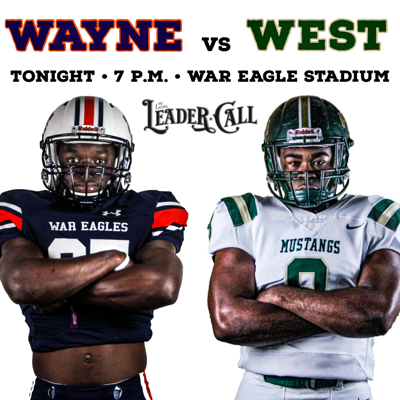 A lot has changed over the past year concerning the state of the storied rivalry between the Wayne County War Eagles and the West Jones Mustangs.

Last September, before a Week 4 showdown in Soso, West Jones’ head coach Scott Pierson said, “In order for (this matchup) to be considered a rivalry, both teams have to win occasionally. If the same team wins every time, you don’t have much of a rivalry.”

At that time, Wayne County boasted a streak of eight consecutive victories over Pierson’s Mustangs, dating back to 2010. The boasting came to an end in 2019, with the Mustangs defeating the War Eagles twice in a row — once in September, 31-10, and again during the playoffs in November, 33-30). This week, Pierson and his 2020 squad are preparing to visit Waynesboro for a game that now holds a renewed sense of rivalry.

The Mustangs (1-0) enter Week 2 on the heels of a solid season debut, taming the Raleigh Lions in a 35-6 home victory. Senior quarterback Alan Follis showed a great deal of poise and experience, tossing four touchdowns passes to three different targets in the Mustangs’ talented receiving corps. The defense and special teams slowly killed the will of their opponents by making difficult stops, blocking a point-after attempt and a punt en route to allowing just one score in the ballgame.

The War Eagles enter their second week of action on a rather different note after falling at home to D’Iberville, 28-21, in their first contest of the season.

“We didn’t help ourselves,” first-year head coach Kevin Gandy said. “We had some mistakes, and we didn’t put together drives that would keep our defense off the field. The defense played well and kept us in the game, but we didn’t help them out offensively. We can correct the mistakes, though, and just get ready to play West Jones.”

Wayne County’s offense will be looking to build off the success of junior quarterback Sebastian Chafin and senior running back Shadamien Williamson, who both scored three touchdowns in three different ways — one passing, one rushing and one receiving — against the Warriors.

Defensively, the War Eagles will be striving for more success in the trenches after giving up 278 rushing yards a week ago, which allowed the Warriors to dominate the time-of-possession battle.

This week’s meeting between the Mustangs and War Eagles will be the 27th in the series. The majority of players lining up on each side were not yet born when Pierson led the Mustangs into Waynesboro for the first time back in October 2003. However, the reverence both communities have for the rivalry remains unshaken, and both teams will be eager to add another win to their side of the record books when they take the turf at 7 p.m. Friday night at War Eagle Stadium.