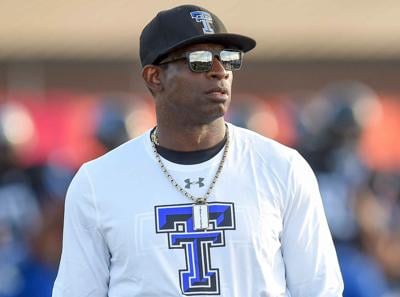 According to HBCU Sports, Pro Football Hall of Famer Deion Sanders is soon to be announced as the new head coach for the Jackson State Tigers. According to multiple reports, an official announcement is expected from JSU’s athletic department on Monday, although “nothing is official at the moment.”

A two-time All-American from Florida State University, Sanders played 14 seasons in the NFL as a defensive back for the Atlanta Falcons, San Francisco 49ers, Dallas Cowboys,  Washington Redskins and Baltimore Ravens. He also had a part-time career as an MLB baseball outfielder for nine seasons, where he played for the New York Yankees, Atlanta Braves, Cincinnati Reds and San Francisco Giants. Sanders won two Super Bowl titles and made one World Series appearance in 1992, making him the only athlete to ever play in both a Super Bowl and a World Series.

Since his days as a player came to an end in 2005, Sanders has served as a television sports analyst and a high school football coach at Trinity Christian School (Cedar Hill, Texas) where his youngest son, Shedeur Sanders, attends and plays quarterback.

JSU is a member of the Southwestern Athletic Conference, one of several conferences to postpone its 2020 football season over COVID-19 concerns. Director of Athletics Ashley Robinson maintains that the Tigers, along with the other nine conference members, will compete in a full season during the spring.

Sanders has been adamant about his hopes to obtain a head coaching position at the college level for quite some time, even saying with certainty on “The Dan Patrick Show” in January that his hopes would come to fruition in 2020.

Sanders would receive the keys to a JSU program that has struggled in recent years, compiling a 21-40 overall record since 2014. The Tigers last qualified for the FCS playoffs in 1997 under the direction of the late James "Big Daddy" Carson, who passed away in 1999.