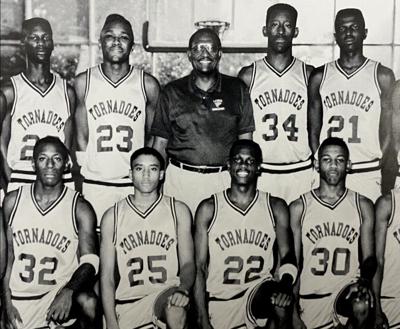 On Saturday, the Laurel-Jones County community came together to celebrate the life of former Laurel coach Wilson Terrell Jr., who was laid to rest at the age of 81.

Terrell, graduated from T.J. Harris High School in Meridian in 1958 and attended Jackson State University, where he played basketball under former coach Harrison B. Wilson from 1958-62.

While studying in Jackson, Terrell met his college sweetheart, Yvonne Jackson, who later became his wife.

After receiving his degree from JSU, Terrell accepted his first coaching position, leading the boys’ and girls’ basketball teams at Wilkinson County Training School in Woodville.

In 1964, he came to Laurel, where he worked under former principal J.H. Spriggs at Idella Washington School, coaching basketball, football and track while also teaching physical education.

When integration made its way into Laurel in 1970, Terrell went to Jones Junior High and spent 20 years coaching basketball and track.

Terrell retired in 2003 after 41 years as an educator and spent his remaining years making memories with his family and friends, while still enjoying the sports he loved from a fan’s point of view.