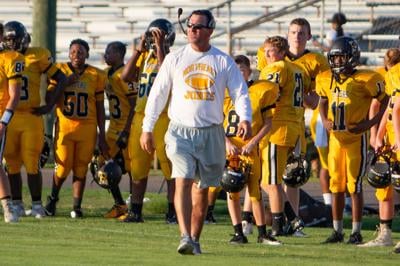 The Northeast Jones Tigers’ long wait to begin the 2020 season will come to an end this Friday when they host the Purvis Tornadoes at The Jungle in a mid-September season-opener.

The Tigers’ season was delayed last month when a coronavirus outbreak resulted in a two-week quarantine for all coaches and players. Their originally scheduled opener against Raleigh on Sept. 4 was canceled, and their second contest against the South Jones Braves was transitioned to a jamboree to allow the Tigers a chance to see live action before taking the field for an official game.

NEJ fell 14-0 to the Braves in last week’s jamboree. The Tigers’ offense made strong pushes early with several completed passes to senior wide receiver Xavier Barnett, but they failed to finish those drives with points, leaving them with plenty of things to work on during their first official game week.

The visiting Tornadoes enter the contest with a 2-0 record, having earned victories over Pass Christian (33-21) and Perry Central (18-0) to kick off their 2020 campaign.

Friday’s contest will be just the third meeting between NEJ and Purvis in the last 50 years. Last year, in their first meeting since 1970, the Tornadoes topped the Tigers at home, 34-10.