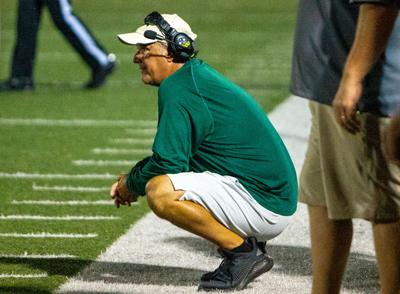 Petal puts West to the test

The third week of MHSAA play in the Pine Belt will be headlined by a matchup of local juggernauts from different classes: the 5A West Jones Mustangs hosting the 6A Petal Panthers. The two teams — led by longtime friends and on-field-rival head coaches Scott Pierson and Marcus Boyles — enter the week with 2-0 records after hot starts in September. Both are also led by seasoned senior quarterbacks, who each have talented veteran receivers to help stretch the field and make big plays over the top, which could set the stage for many exciting plays to be made on Friday.

However, I believe defense and special teams will ultimately play the biggest parts in determining who comes away victorious in this matchup. The Mustangs have been rock solid in those two categories so far this fall. Last week, the Mustangs’ defense held a talented Wayne County offense to 12 points and made a crucial goal-line stand in the fourth quarter to ice the game. The special teams unit blocked a punt and forced a fumble on a kick return, with both setting up scoring drives for West Jones’ offense.

For these reasons, though I feel this one could go either way, I’m picking West Jones to come away with a road win over the Panthers this week to extend its regular-season streak of victories to 17 and build even more confidence heading into its mid-season slate of competition. Be sure to keep an eye on this matchup, as it could very well become a memorable chapter in the history of this 56-year-old rivalry.